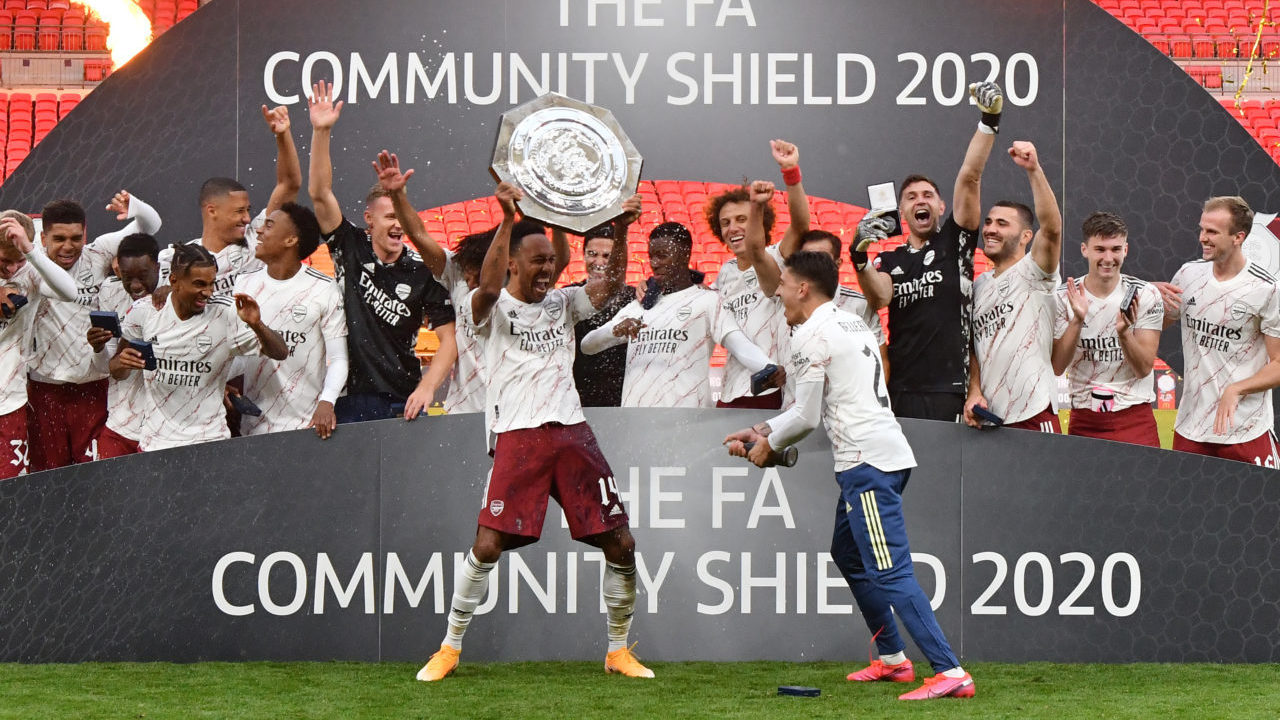 Arsenal and Tottenham are desperate to stake their top-four claims this season after missing out on the Champions League, with Leicester and Wolves also hungry for a seat at Europe’s top table.

AFP Sport looks at the leading contenders to finish in the coveted positions ahead of the Premier League kick-off on Saturday.

Arsenal
If there were any doubts about the size of Mikel Arteta’s impact in his first year in charge of Arsenal, the sight of the much-maligned David Luiz delivering two trophy-winning contributions in the space of 29 days should have convinced even the biggest cynics.

But Arteta stuck by the Brazilian centre-back and was rewarded with an imperious display as Arsenal beat Chelsea in the FA Cup final.

Those Wembley triumphs underlined how effectively the 38-year-old Spaniard has revitalised his squad since the dog days of Unai Emery’s dismal reign.

Banishing serial-underachiever Mesut Ozil and the undisciplined Matteo Guendouzi was a masterstroke as it laid down the law to the rest of his players.

Arsenal goalkeeper Emiliano Martinez highlighted Arteta’s impact when he told Marca: “Arteta is a great coach, he changed the structure at Arsenal, he gave us a game plan.

“He’s very smart, in my opinion. He’s going to be one of the best coaches in the world.”

Now Arteta has to maintain the feelgood factor and banish the flaws that resulted in a lowly eighth-place finish for Arsenal in the Premier League.

He has tried to address those problems by signing Lille defender Gabriel Magalhaes and Chelsea winger Willian.

If he can finally persuade captain Pierre-Emerick Aubameyang to sign an extension to the contract that expires next June, Arteta will be in an even stronger position.

Tottenham
Jose Mourinho’s spotlight-stealing role in the “All or Nothing” documentary that took a look behind the scenes in his first season with Tottenham showed his star quality remains as strong as ever.

But Mourinho will need more than headline-grabbing quips to remain relevant for much longer as the 57-year-old enters a defining campaign for himself and his club.

Hamstrung by injuries to Harry Kane, Son Heung-min and Hugo Lloris, Mourinho was unable to prevent Tottenham missing out on a place in this season’s Champions League.

It was a bitter blow for a club that reached the final in 2019 and, with their trophy drought stretching back to 2008, Tottenham cannot afford to slip further out of contention this term.

Mourinho’s stock is hardly at an all-time high either as he looks to win his first silverware since the 2017 Europa League at Manchester United.

Signing Wolves right-back Matt Doherty and Southampton midfielder Pierre-Emile Hojbjerg will give Mourinho more options if injuries strike again, but keeping England captain Kane fit and firing on all cylinders is the key to Tottenham’s success.

Leicester
Despite a largely encouraging 2019-2020 campaign, Brendan Rodgers must find a way to lift his side after they squandered a golden opportunity to clinch a top-four berth.

Powered by Jamie Vardy’s goals and the creative quality of James Maddison, Leicester held a 14-point lead over Manchester United in January and looked odds-on to bolster Rodgers’ reputation by finishing above a host of more expensively assembled rivals.

But Leicester collapsed after the coronavirus hiatus, taking only nine points from their nine games in a meltdown that culminated with a final-day defeat against Manchester United, which ended their top-four bid in the most painful fashion.

Rodgers will have to adapt to life without dynamic England left-back Ben Chilwell who has left for Chelsea. The club signed Atalanta’s Timothy Castagne as a replacement.

Wolves
Buoyed by a pair of seventh-place finishes over the past two seasons, Nuno Espirito Santo’s side have the potential to upset the established order.

Nuno has proved himself an excellent tactician and motivator, while Wolves’ priceless knack for finding unpolished gems in the transfer market has allowed him to build a team capable of competing with the Premier League’s very best.

Wolves finished just seven points adrift of fourth-placed Chelsea and even that was a slight disappointment after they flirted with a top-four challenge.

To fight COVID-19, a young epidemiologist bridges the gulf between science and U.S. politics

Leeds can secure a huge bargain with £10.5m ace who’s better than White in…

Disney chooses to give Mulan a pricey release on Disney+

Prepare For Essential IT Certifications With These $18 Study Courses

T.I. Impresses Fans With A Quote By Elon Musk – Check It Out Here

Can’t print to an office printer? You may need to enter an access code in macOS

How to minimise your risk of spreading coronavirus over Christmas

Israel halted annexation plans, but Palestinians are not ready to restore ties