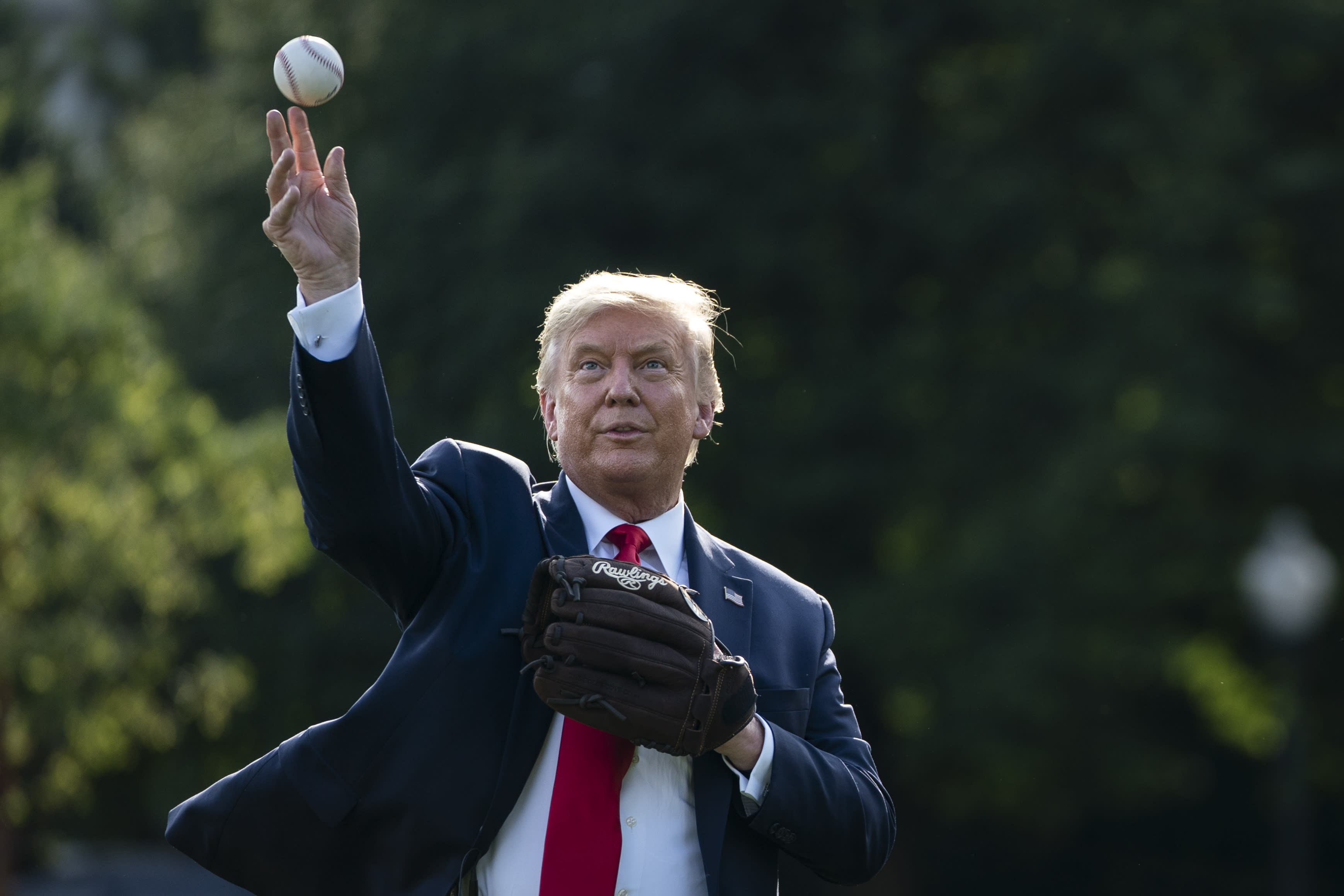 Days after saying he would throw out the first pitch at Yankee Stadium in August, President Donald Trump has taken it back. But he said he will make it up later in the season.

President Trump no longer plans to throw out first pitch

Trump tweeted on Sunday that due to work responsibilities he will not be at the Aug. 15 game at Yankee Stadium.

Because of my strong focus on the China Virus, including scheduled meetings on Vaccines, our economy and much else, I won’t be able to be in New York to throw out the opening pitch for the @Yankees on August 15th. We will make it later in the season!

Trump cited his “strong focus” on the COVID-19 pandemic and economy.

“Because of my strong focus on the China Virus, including scheduled meetings on Vaccines, our economy and much else, I won’t be able to be in New York to throw out the opening pitch for the Yankees on August 15th. We will make it later in the season!”

Trump said at a White House briefing on Thursday that he was invited to throw out the first pitch by team president Randy Levin.

“And I think I’m doing that on Aug. 15 at Yankees Stadium,” he said. The Yankees later confirmed he would do so. They are scheduled to face the Boston Red Sox that day.

Aaron Hicks and Giancarlo Stanton, who both took a knee during the national anthem on Friday, declined to comment on the first pitch when asked.

Trump has yet to throw out first pitch during presidency

Presidents have traditionally thrown out first pitches at games, especially on the opening day of MLB’s season. Trump has not yet thrown out a first pitch since taking office.

His announcement came hours before Dr. Anthony Fauci threw out the first pitch of the 2020 MLB season for the Washington Nationals. Fauci has led the United States’ response to the COVID-19 pandemic and has chimed in on professional sporting leagues’ plans to return while the pandemic goes on. He has consistently urged caution, including keeping businesses and schools across the country closed. It puts him in contrast to Trump’s stance, which has been to open everything quickly.

Lamptey is perfect for Tottenham

Five Habits That Might Be Signs Of Mental Illness

“I’m Not Involved, It Looks Like They’re Finding Tremendous…

The Simple Economics of Saving the Amazon Rain Forest (Ep. 428)

Nebra Sky Disk Could Be Younger than First Thought

Book excerpt: ‘How to Die in Space’ on the beauty and danger of nebulas