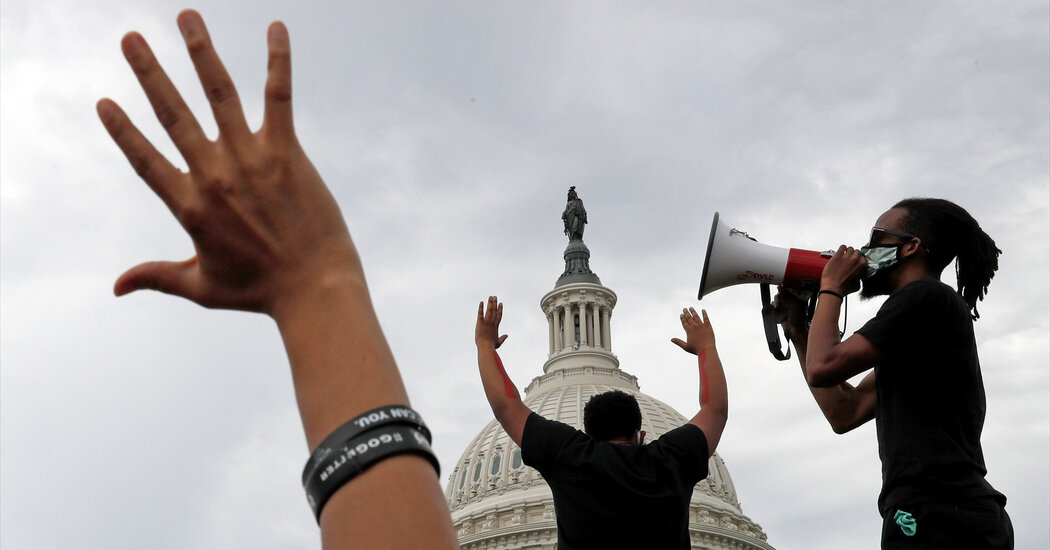 Susan Sandler, a liberal philanthropist, has announced a $ 200 million investment in racial justice organizations, targeting areas across the South and the Southwest that are experiencing rapid demographic transformation.

Ms. Sandler, who learned she had a rare form of brain cancer four years ago, unveiled the effort in a lengthy post on Medium published on Monday morning. In the post, which was shared with The New York Times before publication, Ms. Sandler said her investments would be made through a new organization, the Susan Sandler Fund, aimed at combating systemic racism and building civic power. Ms. Sandler characterized the effort as a shift in her political priorities and giving philosophy.

“I have come to believe that, rather than trying to use persuasive papers and reports to attempt to change the minds of those who are making decisions, the more effective way to transform societal priorities and public policies is to change the climate and environment in which decisions are made,” Ms. Sandler writes. “When our government, corporate, and other societal institutions are responsive to — and, frankly, fearful of — the people who most bear the brunt of inequality and injustice, then better priorities, practices, and policies follow.”

Ms. Sandler’s announcement comes amid skyrocketing investment in racial justice organizations, fueled by the national reckoning on systemic inequities and injustice that swept the country this summer.

Small-dollar donations to bail funds after the killing of George Floyd, a Black man who died in Minneapolis after a police officer knelt on his neck, reached over $ 90 million. In July, the foundation started by George Soros pledged $ 220 million to groups focused on racial equity, an eye-popping total that gave long-term sustainability to several organizations. Ms. Sandler’s fund will provide several groups with a similar assurance.

Taken together, the donations have reshaped the landscape of Black political and civil rights organizations, and made clear that race and identity will remain at the center of American politics. It also signals a commitment by liberal donors to invest in long-term efforts to change the political landscape, not simply one-off efforts to win an election or invest in a particular candidate.

“In ways big and small, each of us can establish a legacy,” Ms. Sandler writes. “I’m grateful that I’ve been given the time since my cancer diagnosis to establish mine. I urge each of you not to wait to work on establishing yours.”

Vivian Chang, a veteran of the California nonprofit world who will serve as the fund’s executive director, said in a phone interview that “the investments are not so much targeted to battleground states, but looking at the landscape of racism and demographic change.”

“This fund really underscores what’s left out of many philanthropic discussions,” Ms. Chang said. “This concept of being accountable to real people with real problems, that is what catalyzes change, it’s what generates urgency and creativity. And so that’s why we’re focused on increasing the power and influence of those who bear the brunt of racism.”

The Sandler Foundation, which was started in 1991 by Ms. Sandler’s parents, the billionaires Herb and Marion Sandler, has long been a hub of left-leaning philanthropic efforts. The foundation has helped create organizations like the Center for American Progress and the Learning Policy Institute, and has supported nonprofit journalism outfits including ProPublica.

Ms. Sandler, a trustee at the foundation, has supported several Democratic candidates and campaigns and has been a power broker in national and California politics for years along with her husband, Steve Phillips. She was a key supporter of former President Barack Obama during his 2008 presidential run, and she backed Senators Cory Booker of New Jersey and Kamala Harris of California.

With her new effort, Ms. Sandler will shift from the insider world of campaign donations to long-term efforts at building power. In traditionally Republican states such as Arizona, Georgia and Texas, the prospect of a changing electorate has enthralled political observers for years, and it is one reason such states are often mentioned as future battlegrounds in national elections.

Leaders of the groups receiving the new grant money said unlocking that potential would require organizing — and investment. They praised Ms. Sandler’s decision as a legacy-defining one, a move that sees where the country is going rather than where it is now.

“A lot of campaign dollars, a lot of party dollars, a lot of political-donor dollars are typically in service to short-term, tactical-issue campaigns,” said Joseph Tomás McKellar, co-director of PICO California. “This is about building a strong constituency that can withstand the kind of storms of the moment and help us build long-term resiliency and commitment amongst a large base of people for systemic change.”

Tram Nguyen, co-director of New Virginia Majority, said more funders like Ms. Sandler were moving toward providing groups this type of operational support, without the restrictions that often come with large grants. Ms. Nguyen said such flexibility would help progressive and minority-led organizations, and outlast any one politician or campaign.

“It’s not about electing the individual person, and those people aren’t our heroes,” Ms. Nguyen said. “We are our own heroes.”

Microbial Life on Venus? Here’s What You Really Need to Know About The Major Discovery

Astronomers Just Found Cosmic ‘Superhighways’ For Fast Travel Through The…

WHO Calls For a Stop to COVID Vaccine Boosters, as Rich Countries Roll Them Out

Games to play on date night: Rule the galaxy together in Stellaris

Thomas holds off Koepka to win WGC in Memphis, reclaim No. 1

Breakthrough infections in people who have gotten their COVID-19 shots are very rare.…

How the Pandemic Defeated America

Judge bars Trump appointee from interfering in Voice of America

Messages Not Working on iPhone? How to Fix iMessages on iPhone & iPad

Review: 360 S9 can automate your daily vacuuming for a cleaner home using LiDAR…

Sinemas Income Tax Stance Has Democrats Looking Anew at a…