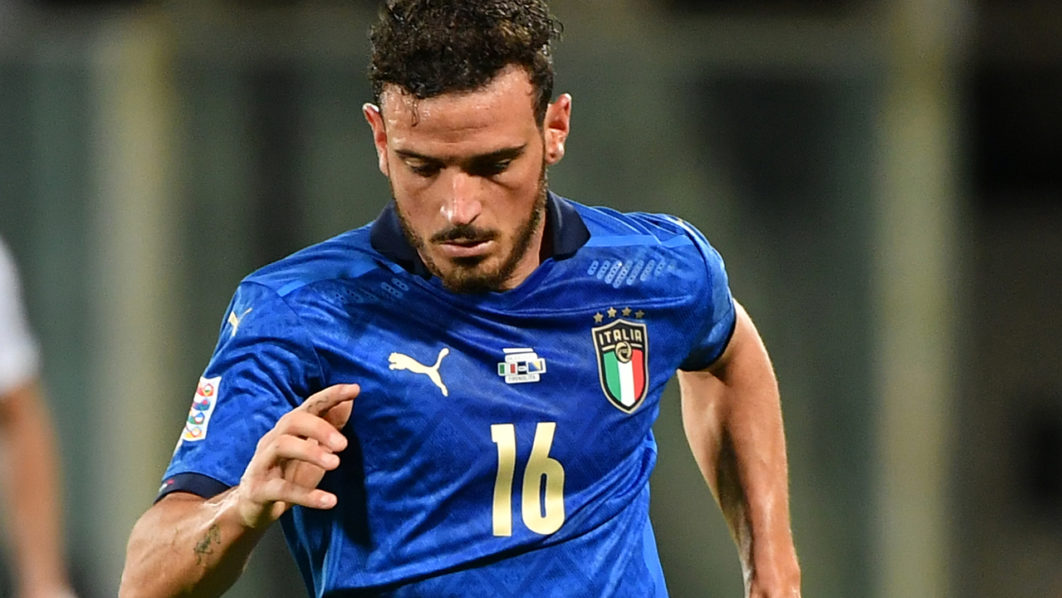 Italy’s defender Alessandro Florenzi runs with the ball during the UEFA Nations League football match Italy vs Bosnia and Herzegovina on September 4, 2020 at the Artemio-Franchi stadium in Florence, Tuscany. (Photo by Isabella BONOTTO / AFP)

Paris Saint-Germain has signed Italy international Alessandro Florenzi on a season-long loan from Roma, the Ligue 1 champions announced on Friday.

In a statement, PSG said that they had an option to buy the 29-year-old full-back, who will likely replace Thomas Meunier following his departure for Borussia Dortmund, come the end of the season.

He is the first new face to arrive in the French capital during this summer transfer window, with the other major move being the permanent signing of Argentina international forward Mauro Icardi, who had also been on loan.

“We have extraordinary challenges ahead of us this season, and it will be a pleasure and an honour to face them alongside my new teammates, who are some of the best players in the world,” Florenzi said in a statement.

Florenzi has spent almost his entire career playing for his hometown team Roma, where he has played 280 matches over eight seasons after coming through the youth ranks in the Italian capital.

However he has not been a key player the plans of the Serie A side’s coach Paulo Fonseca despite becoming club captain in 2019 following the departures of fellow Romans Francesco Totti and Daniele De Rossi.

Despite being sent out on loan to Valencia in the second half of last season Florenzi is still a part of Roberto Mancini’s Italy set-up and played for the ‘Azzurri’ in their 1-1 UEFA Nations League draw with Bosnia earlier this month.

He has played 36 times for his national team, scoring twice.

Florenzi arrives at PSG with last season’s Champions League finalists in the midst of an internal coronavirus crisis that has left seven of their first-team stars positive for the disease.

A second-string line-up shorn of a host of last season’s regulars fell 1-0 at newly-promoted Lens on Thursday night, their first match of the new Ligue 1 season.

Thomas Tuchel’s side takes on fierce rivals Marseille at the Parc des Princes on Sunday night before another home match with Metz — which was their original opening fixture — on Wednesday and a trip to Nice the following Sunday.

Carbide Planets May Be Made Of Silica and Diamonds

IDC: Global smartphone market grew by 13.2% in Q2 with Samsung in the lead

MLK’s Inspiring Message to a Nation Plagued by Violence

Non-Avian Dinosaurs Were Not in Decline Prior to Their Extinction

Thanks to Germany, South Korea Became a Submarine Powerhouse

Stand Up for Police – and for New York

Covid now behind just one in 150 deaths, ONS figures show

Penske struggles with speed, Power outside of Indy 500 field

Chile mine blast 10 years on