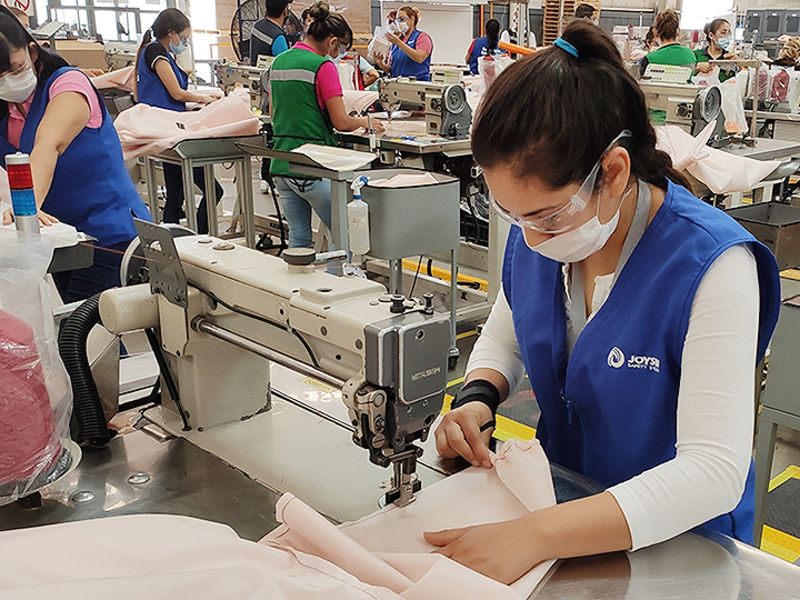 World Wars I and II brought pivots to production of field jackets and parachutes. During the Korean War, assembly lines switched to long underwear for soldiers. And in Desert Storm, they turned to making signal flags.

Supporting the nation’s needs during a crisis is nothing new for Shawmut Corp.

So when the coronavirus leveled demand for the company’s automotive products and created dire need for medical gowns, the 650 employees didn’t flinch at making a rapid transition.

“There’s such a huge need out there and a very limited supply of qualified manufacturers that can actually do this in the U.S.,” said Sherri Harrington, vice president of global sourcing at the 104-year-old textile company. “That makes it an amazing opportunity, but not only an opportunity. We have a responsibility to support the effort.”

Across the textile and garment industries, companies have transitioned to personal protective equipment.

Joyson Safety Systems started producing Level 1 medical gowns in April. By the end of June, it had made 2 million gowns and other medical equipment in conjunction with Ford and GM. Joyson, which makes airbags and seat belts, now considers biosafety an extension of its mission, and sees long-term potential to continue manufacturing medical gowns.

So did Shawmut, which has been both providing fabric to traditional medical equipment suppliers and jump-starting manufacturing of its own gowns.

Now that its factories are running seven days a week to meet medical demand, it plans to expand its work force.

It presents an operational challenge.

“We never shut down when the industry was shutting down,” Harrington said. “And now that the industry is coming back, we need to be careful and be able to support the auto industry.”

How Moderna made its mRNA Covid vaccine so quickly: Noubar Afeyan

Union Pacific (UNP) Dips More Than Broader Markets: What You Should Know

Will Trump Threaten to Pullout or De-fund the United Nations?