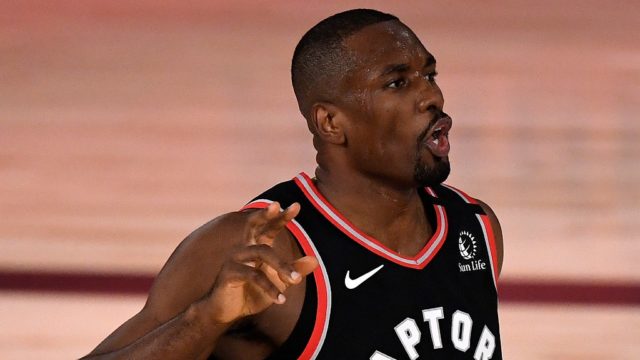 Toronto Raptors big man Serge Ibaka was seen wearing a walking boot on his left ankle that he sprained in Game 5 against the Boston Celtics, reports talkbasketball.net.

Ibaka said that he felt like he could initially still play after he turned his ankle in the game, but also said it feels worse today.

He isn’t sure if he’ll be able to play in a must-win Game 6 today, as he is going to see how he feels and how the ankle responds to treatment to determine his availability, according to ESPN’s Cassidy Hubbarth.

The 30-year-old suffered the injury after falling awkwardly while playing defense in the second half of the team’s 111-89 loss.

If Ibaka is unable to play, head coach Nick Nurse said he will give more minutes to Chris Boucher and Rondae Hollis-Jefferson.

5 Reasons Biden’s Odds of Victory Look Better Than Ever

Institutions Use This Strategy to Hide Their Bitcoin Orders

From Non-aligned to One Aligned Global Issues

Vote Fraudster: I Was a Master at Fixing Mail-in Ballots

“We Will Not Comply!” – Thousands March Against Covid Vaccine…