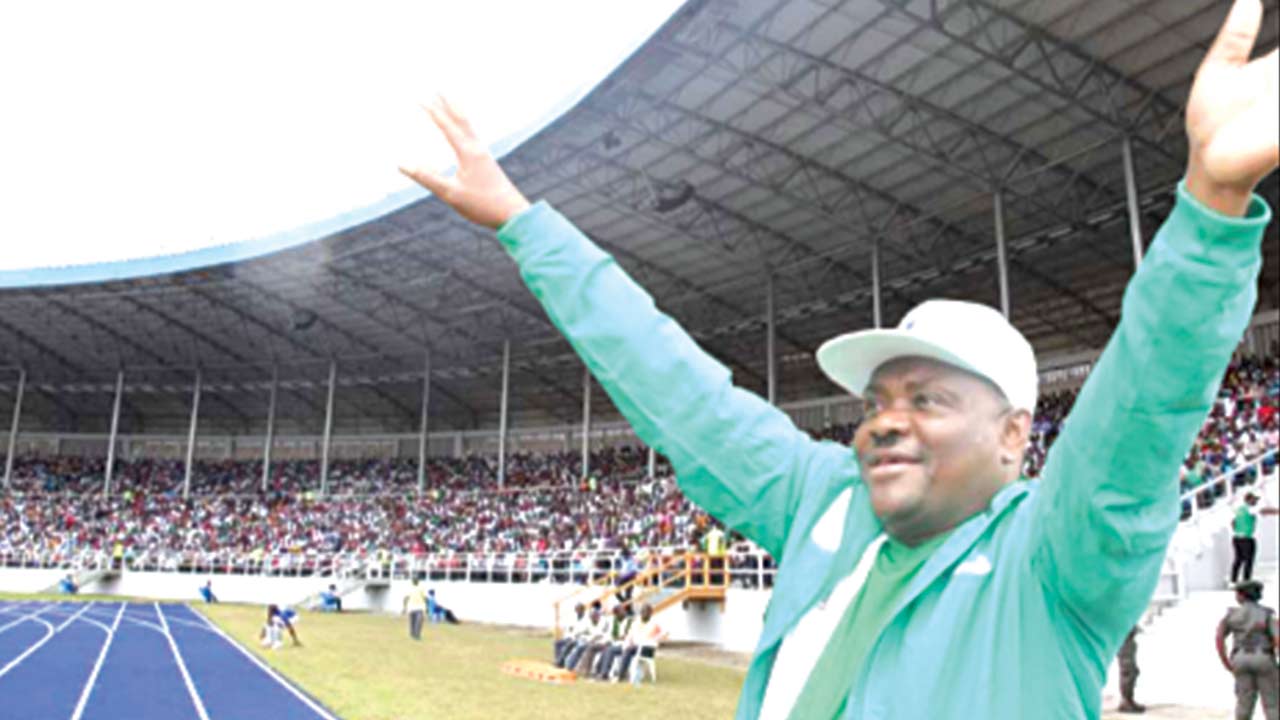 To prepare for the challenges ahead, including the continental campaign of the state-owned team, Rivers United, Governor Nyesom Wike has approved the total re-grassing and rehabilitation of the Mainbowl football pitch and the two training pitches of the Adokiye Amiesimaka Sports Complex.

The stadium has hosted several local, continental and international matches in the past, but the mainbowl football pitch had been undulating and thus needed an overhaul.

According to officials of the Rivers State Ministry of Sports, the rehabilitation will involve excavation and laying of level planting of FIFA approved natural paspallum grass, provision of motorized mower and lawn mowers, installation of sprinklers, laying of six underground pumping machines, plumbing and electrical works, amongst others.

The job, which is being handled by a renowned grass expert with core competence and track record in the provision, management and maintenance of sports facilities, according to the officials, would be delivered towards the end of August.

Rivers State Commissioner for Sports, Boma Iyaye, disclosed that Governor Wike is leaving nothing to chance in ensuring that Rivers United has the best of facilities for the continental campaign.

He emphasized that re-grassing and rehabilitation of the football pitches demonstrate the Governor’s commitment to the upgrade of sports centers that has seen his administration overhaul facilities at the Alfred Diete Spiff Sports Complex, Port Harcourt.

“I want to assure you that when the job is completed, it would be one of the best in Nigeria. Rivers State is known for excellence and you can be sure that this would be top notch to host any major football match,” he stressed.

He urged the contractor to strictly adhere to specifications and delivery period, adding that his Ministry would constantly monitor his performance in line with quality job delivery mantra of Governor Wike’s administration.

WHO Says COVID-19 Pandemic Is “One Big Wave”, Not Seasonal

The 5 universal principles of good nutrition, according to science.

Gardner Minshew ‘begged’ to get starting quarterback job back with…

Will People Finally Wake Up to the Climate Change Crisis?

City of Winnipeg should get ‘immediate access’ to Caspian documents seized in raid:…

The Theory and Practice of Oligarchical Collectivism Book Club Update

‘They’re Coming After Your Children’: Pelosi Rips Republicans For Moving Ahead With…

Humans are ready to take advantage of benevolent AI — ScienceDaily