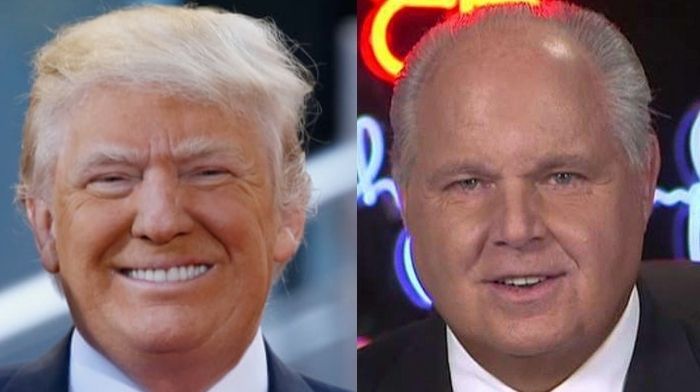 On Tuesday, conservative talk radio legend Rush Limbaugh praised President Donald Trump’s historic Middle East peace deal, but pointed out that the media will never give the event the coverage or praise it deserves.

“So a big signing ceremony at the White House in mere moments for the peace deal between Israel and the United Arab Emirates and Bahrain,” Limbaugh said on his nationally syndicated program. “And we mentioned the significance of this a couple of times.”

Another HISTORIC breakthrough today! Our two GREAT friends Israel and the Kingdom of Bahrain agree to a Peace Deal – the second Arab country to make peace with Israel in 30 days!

Trump Has Done What Many Presidents Failed To Do

“The real significance of this is that the Palestinians have sort of been rendered irrelevant in the whole deal,” Limbaugh said. “In the past, it was the Palestinians which were the focus, the focal point. They could stop anything from happening, and they did.”

Rush said that many presidents in the past have tried to get a Middle East peace deal – but only Trump has succeeded.

“Today what we did was we shattered an amazing barrier,” Jared Kushner said.

“Bringing the Arab countries together with Israel hopefully marks the beginning of the end of the Arab-Israeli conflict.” pic.twitter.com/bQnox2wP6u

Limbaugh said of other presidents, “Barack Obama is the only president who didn’t care about Middle East peace from the Israeli perspective. But Reagan. Jimmy Carter. I think about all of these presidents and their attempts to come up with the ultimate peace in the ultimate part of the world where there is ultimate strife, the Middle East.”

“And who does it? Donald Trump,” Rush said.

“Donald Trump, Mr. Bull in the china shop, Mr. Stupid, Mr. Dummkopf, Mr. Outsider, Mr. Illegitimate, Mister ‘he stole the election working with the Russians’ has come along and achieved something every American president since the 1950s has been attempting to achieve,” Limbaugh mocked the left.

“Thanks to the great courage of the leaders of these three countries, we take a major stride toward a future in which people of all faiths and backgrounds live together in peace and prosperity.” pic.twitter.com/1mZ4yF4fMD

“We now have peace in the Middle East, and it’s just beginning,” the talk radio giant continued. “United Arab Emirates, Bahrain. You watch. The Saudis are gonna be signatories to this deal before long.”

“Other Arab nations in the Middle East are going to come along with this,” he continued. “Jordan I expect will sign onto this at some point, King Abdullah there.”

Then Rush set his sights on the media for downplaying and even ignoring the significance of the agreement.

“This is truly historic, and it is I don’t think going to get anywhere near the proper weight and coverage that this event deserves,” Limbaugh said.

Limbaugh added later, “Here in less than four years Donald Trump has fixed a massive world problem. It’s literally stunning. And it will not be properly reported.”

“It will not be given its due respect by the media and by the Washington establishment,” Rush finished.

Light on STEM toys this year? These kits can get a kid fully engaged in learning…

US Military Mission In Afghanistan To End August 31: Joe Biden

4 Ways to Quickly Create a Note on iPhone or iPad

‘The Mandalorian’ slows the pace to deliver a thrilling, plot-packed…

Mindfulness and meditation can worsen depression and anxiety