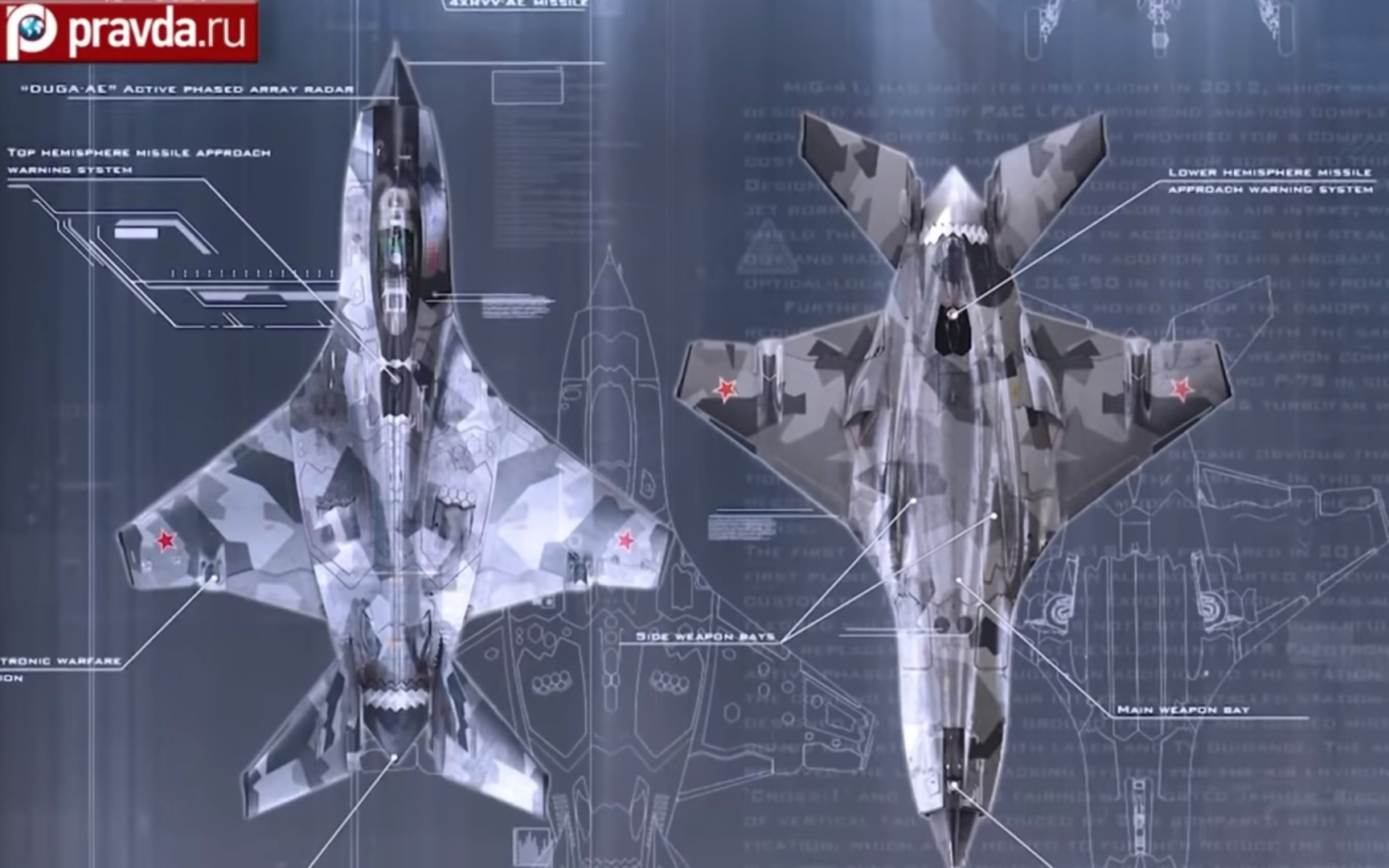 Here’s What You Need to Know: The PAK DP is fast emerging as one of Russia’s most technically sophisticated fighters.

As the Su-57 moves farther along in serial production, Moscow is laying the groundwork for the next generation of Russian combat aircraft.

Billed as a “sixth-generation” stealth interceptor, the PAK DP–also known as the MiG-41–is the planned successor to the prolific Soviet MiG-31 “Foxhound” interceptor. Mikoyan Director-General Ilya Tarasenko told Russian reporters in 2018 that work on the MiG-41 had moved into an “experimental design stage,” adding that the PAK-DP is 10 years away from completion. Of course, “completion” isn’t quite the same as serial production; it is currently unknown how many PAK-DP models Mikoyan seeks to produce, and how quickly.

The fighter’s design was reportedly finalized by the end of 2019, with Tarasenko adding in the summer of 2020 that the PAK-DP seeks to build on the core concept of the MiG-31. Early signs point toward a massive performance leap that, if fully realized, will more than close the three-decade gap separating the two fighters. Whereas the MiG-31 sustained a top speed of just over Mach 2.8 and cruise speed of roughly 2.3, the MiG-41 handily outperforms its predecessor with an alleged maximum speed of 4-4.3 Mach and a cruise speed of roughly 3 Mach– other Russian defense commentators have suggested maximum speeds as high as 5 Mach.

The MiG-41 will also sustain much higher altitudes, though concrete details have been murky. Russian defense commentators have widely speculated that the PAK-DP will be able to reach near space, but Tarasenko seemingly implied to Russian outlet RIA Novosti that the PAK-DP can operate in outer space.

Earlier reports suggested that Mikoyan is exploring an unmanned PAK-DP variant, but those plans are exceedingly unlikely to be realized anytime soon. As military researcher Samuel Bendett previously told The National Interest, “Converting existing manned planes into unmanned versions requires significant technical commitment and resources, which are currently in short supply across Russia when it comes to advanced UAV technology.”

The full extent of PAK-DP’s weapons loadout remains unclear. Then-head of the Russian Aerospace Forces Viktor Bondarev told reporters earlier this year that the MiG-41 will carry R-37 long-range air-to-air missiles, “as well as completely new missiles.” Initially conceived in the 1980s and finally introduced in 2019 after a long R&D hiatus, the original R-37 will be fairly dated by the time the MiG-41 enters serial production. A modernized, hypersonic “R-37M” variant is currently in development, but its compatibility with the MiG-41 has yet to be confirmed.

According to a report by Russian news outlet Izvestia, The MiG-41 will carry a “multifunctional long-range interceptor missile system capable of hitting hypersonic missiles” with multiple warheads. The concept, as explained by Izvestia, is fairly straightforward: after a hypersonic projectile is detected by Russia’s ground radars or early warning network, the MiG-41 will launch the interceptor missile at long range. That missile will split off into smaller sub-missiles, which will then attack the projectile “head-on.” Russian defense expert Dmitri Kornev suggested that this system could also be used to target hypersonic missile launchers before they fire. The MiG-41’s interceptor system can potentially add a salient layer to Russia’s missile defenses, though it is unclear if the system is intended against ICBM’s or tactical hypersonic missiles.

The PAK DP, along with the PAK DA strategic bomber, is fast emerging as one of Russia’s most technically sophisticated fighters. But, as is often the case with major Russian military projects,  much of our current information is based on press statements, industry insider leaks, and expert analysis. It remains to be seen how the PAK DP project evolves as it inches closer toward serial production over the coming decade.

Mark Episkopos is the new national security reporter for the National Interest.

How do mRNA coronavirus vaccines work? Science with Sam explains

Why Trump’s Approval Ratings on the Economy Remain Durable

US Imposes Sanctions On Chinese Company Over Abuse Of Ethnic Minorities

Paula Rego: The artist who helped change the world