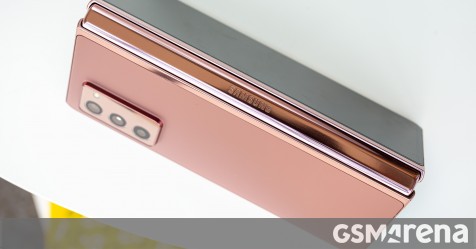 One of the biggest changes in the new Samsung Galaxy Z Fold2 over the original Galaxy Fold, is the hinge and Samsung just released the video detailing how it was designed and where it improves on the old design.

The redesign allowed Samsung to close the gap between the two folding parts of the device but more importantly, it has made the device considerably sturdier.

Thanks to the dual CAM mechanism that relies not only on a mechanical lock but on magnets, the Z Fold2’s hinge can keep the phone upright and prevent accidental folding when unfolded. The mechanism is similar to Galaxy Z Flip’s so-called Hideaway hinge.

The engineers also came up with the Sweeper technology that fills in the gap to prevent dust or other small particles getting inside the device. The sweeper has been designed to be durable (at least 200,000 folds) and retain elasticity over time.

Make sure to check out the video to see engineers explain how the new hinge came to be and what other hurdles they had to go through.

Barkley tells Kemba: This is your time

15 Killed, More Than Half A Million Evacuated In Western US Wildfires

The Masked Singer Shocker: This Unexpected Twist Might “Change the Show…

Apple Supplier Wistron Hiring Up to 10,000 Extra Staff to Build iPhones in India

Listening to ‘earworm’ songs before bed is disruptive to sleep, study…