Samsung is holding yet another Unpacked Event on September 23 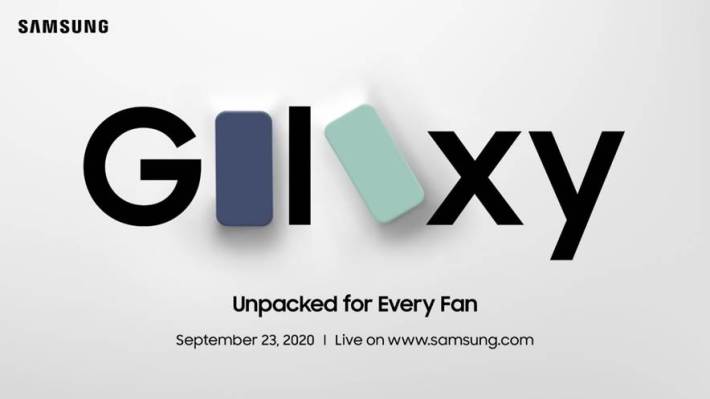 One thing I’ll say for in-person events: they compelled companies to cram in a lot of news. After all, if you’re going to ask an auditorium full of people to travel from around the country — or world — you want to give them a lot of bang for their buck.

Samsung did manage that with its Galaxy Note event in early August. We got a new phone, new earbuds, new watch, new tablet and a preview of an upcoming foldable. A couple of weeks ago, the company devoted an entire second event to the new Fold. And now here we are, a couple of weeks later, staring down yet another event.

The September 23 event will likely focus on the Galaxy S20 Fan Edition that’s been floating around in leaks for a few months now, the way Samsung devices tend to. I’m not saying there won’t be a bunch of other news at the event as well, but the Fold event lowered my expectations a bit with regard to what the company deems worthy of a standalone event in 2020, versus, say, issuing a press release or something.

Anyway, the so-called “Fan Edition” finds the company picking up a long-abandoned trend of issuing lower-cost alternatives to flagship devices (notably, a refurbished version of the Note 7).

Here it seems to be a lower-priced take on Samsung’s primary flagship, the Galaxy S20. From the sound of it, the device is essentially a rebranding of its “Lite” line — the latest take on an already confusing approach to its budget flagship offerings.

The headline should match the article

Apple Is Working on CPUs With 32 High-Performance Cores: Report

How to Change Mouse Pointer Size and Style in Windows 11

Guide For Newbies: Terms You Should Know In Yield Farming

Mutual Funds Weekly: These money and investing tips are tailor-made for a…