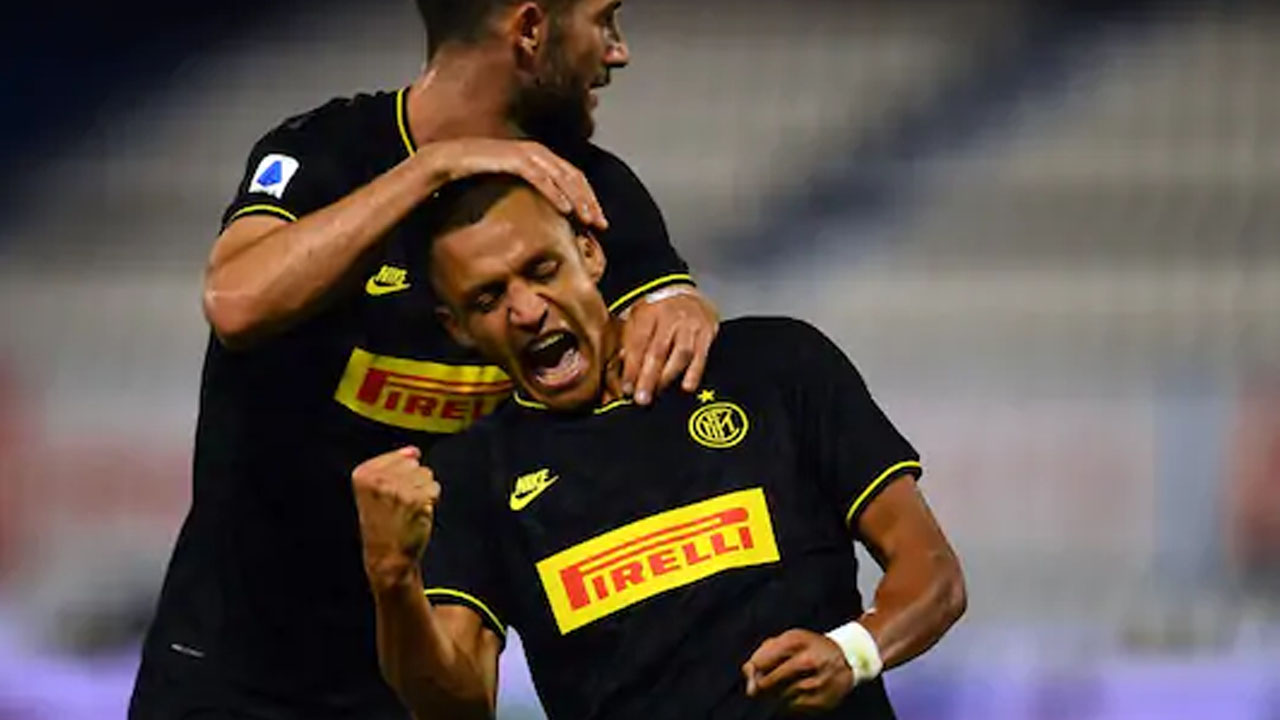 Antonio Conte hailed in-form Alexis Sanchez as an “extra weapon” as the Chilean inspired Inter Milan to a 4-0 win over lowly SPAL to move second in Serie A, six points behind leaders Juventus.

Sanchez’s Inter career started off badly, with injuries holding him back, but the on-loan forward is now proving to be a key player in Inter’s title challenge.

“He is a rediscovered footballer, with the right hunger,” said Conte.

“He suffered a lot, he is now well, he is an extra weapon for us.”

Conte’s side revived their title challenge, taking advantage of defending champions Juventus’ draw with Sassuolo on Wednesday, with Atalanta a further point adrift in third with five games left to play.

Former Manchester United and Arsenal forward Sanchez teed up Antonio Candreva for the opener eight minutes before the break in Emilia-Romagna.

Cristiano Biraghi added a second on 55 minutes and then crossed for Sanchez to head in on the hour mark.

Ashley Young picked out Roberto Gagliardini to tap in a fourth with 16 minutes to go.

“It was important for us to give a signal of consistency, conviction, desire and determination,” said Conte.

“These games on paper may seem obvious or easy, but we know they are not and as long as SPAL remained in the game they were tough.

“We wanted to secure a Champions League berth, to get back to second place and to get close to those who are ahead, who are still far away.

“Juve’s six points are still many.”

Juventus have taken just two points in their last three matches, but have the advantage of a superior head-to-head record over Inter.

Maurizio Sarri’s champions next play fourth-placed Lazio, still only eight points off the pace themselves, while Inter take on fifth-placed Roma this weekend.

Inter are bidding for their first Scudetto since winning the treble in 2010 under Jose Mourinho.

Luigi Di Biagio’s SPAL are bottom of the table, 11 points from safety, with a return to Serie B looming.

Torino, in 15th, moved eight points clear of the drop zone with a 3-0 win over relegation rivals Genoa.

Brazilian Bremer rose highest to nod in for the hosts after half an hour.

Andrea Belotti set up Serbian substitute Sasa Lukic to fire in his first goal this season with 14 minutes left, with the Torino captain then scoring himself.

Genoa are hovering one point above Lecce, who occupy the final relegation place, with the two teams meeting on Sunday.

With New Campaigns Comes Great Rewards in Gems of War on Xbox One..

Beware the ‘Hunger’ to Access Indigenous Peoples’ Land and…