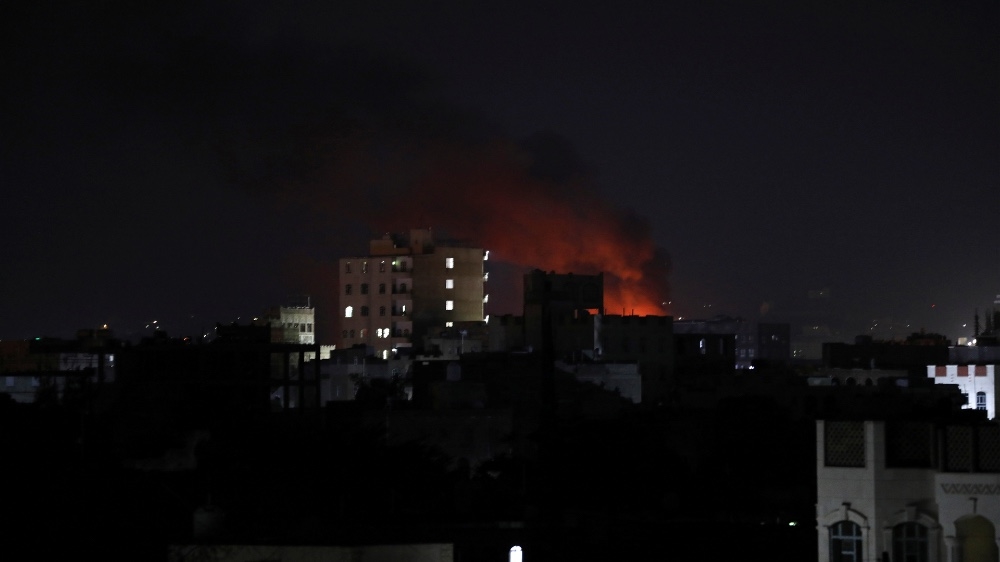 The Saudi-led coalition has launched 11 air raids on the positions of Houthi rebels in the Yemeni capital Sanaa, according to the Houthi-run Saba news agency.

Five of Sunday’s attacks hit the vicinity of the Sanaa airport, while others targeted the northern and central parts of the city, Saba reported, citing a security source.

It was unclear whether there were any casualties.

There was no immediate official confirmation from the coalition, which had launched air raids on two sites in Sanaa a day earlier.

The attacks followed a Houthi claim it had hit an “important target” in the Saudi capital on Thursday, using a ballistic missile and drones.

The coalition did not confirm an attack on Riyadh but said it had intercepted and destroyed ballistic missiles and explosive drones launched towards the kingdom on Thursday.

Bombings in Sanaa city have been relatively rare since September 2019, when Saudi Arabia launched indirect talks with the Iran-aligned Houthi movement, which it has been at war with since 2015.

The conflict has killed 100,000 people and led to what the United Nations describes as the world’s worst humanitarian crisis.

The Houthis took over Sanaa and most other cities in 2014 after removing the Saudi-backed government of Abd-Rabbu Mansour Hadi.

The coalition that Saudi Arabia leads intervened in 2015 to try to restore Hadi to power.

What Is a “Stan,” and Where Does the Name Come From?

Surfing in Nicaragua: Where to catch the waves

When Is a Person With COVID-19 Most Infectious?

On the Verge of Change Global Issues

J.D. Vance Converted to Trumpism. Will Ohio Republicans Buy It?

How to change your CarPlay wallpaper in iOS 14

John Cusack Unravels – Trump’s ‘A Test Run For True Evil: The Anti-Christ For…

What The Failed California Recall Does And Doesnt Tell Us

The tragedy of the post-COVID “long haulers”