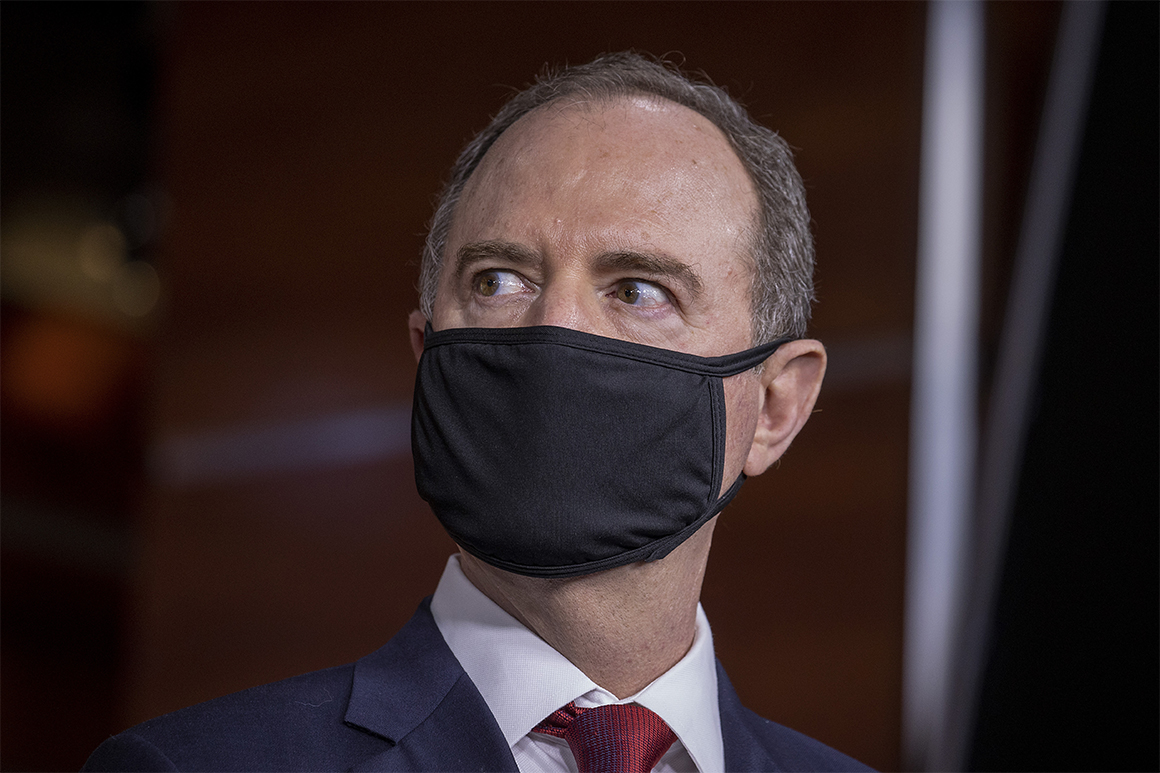 House Intelligence Chair Adam Schiff has asked the Department of Homeland Security to make available a slew of high-level officials to testify about a recent whistleblower complaint alleging that DHS leaders sought to censor and water down evidence of Russian meddling in the United States’ election and of white supremacist violence.

In a three-page letter to DHS’ counsel, Schiff asked that attorneys for the whistleblower, Brian Murphy, be granted expedited security clearances so that Murphy may discuss concerns related to classified information about Russia when he appears before the panel for a deposition on Sept. 21.

Among the other officials Schiff intends to interview: Matthew Hanna, chief of staff in Murphy’s former post at DHS’ Office of Intelligence and Analysis; the office’s top official, Horace Jen; DHS chief of staff John Gountanis; and his deputy, Tyler Houlton.

Schiff’s request comes as the Senate Intelligence Committee, also in receipt of Murphy’s complaint, has asked the department to produce all of the intelligence analyses that Murphy referenced in his complaint, as well as any notes and materials that fed into them. That letter, a bipartisan request from the panel’s acting chair Sen. Marco Rubio (R-Fla.) and vice chairman, Sen. Mark Warner (D-Va.), seeks the documents by Sept. 18.

White House and DHS officials have vehemently denied Murphy’s account, which alleges that acting Secretary Chad Wolf and acting deputy Ken Cuccinelli pressured him to ignore or downplay evidence of Russia’s malign activity in the United States and play up evidence pertaining to Iran and China.

Murphy described more than a dozen attempts to reach out to senior DHS, National Security Council and national intelligence officials with his concerns, providing a road map of sorts for the intelligence committees to vet his claims.

Murphy’s complaint, delivered to the intelligence committees earlier this week, alleges that he was demoted from his position leading DHS’ intelligence office as a result of raising his concerns internally. Top White House and Homeland Security officials have sharply denied his allegations and suggested Democrats are raising them for politically motivated reasons.

Democrats previously had Murphy in their crosshairs over allegations that he misused powerful intelligence tools to track journalists covering unrest in Portland, Ore. — allegations that prompted the House Intelligence Committee to open its investigation.

In August, Schiff questioned whether Murphy had misled the committee during its initial examination of the allegations against his actions related to Portland.

“In light of recent public reports, we are concerned that Murphy may have provided incomplete and potentially misleading information to Committee staff during our recent oversight engagement,” Schiff said on Aug. 1 in a statement, “and that the Department of Homeland Security and I&A are now delaying or withholding underlying intelligence products, legal memoranda, and other records requested by the Committee that could shed light on these actions.”

Andrew Desiderio contributed to this report.

How Moderna made its mRNA Covid vaccine so quickly: Noubar Afeyan

Most Popular MR Posts of the Year

July home sales in Toronto down compared to last year, but still above average…

Tottenham’s Mourinho has no worries over Kane backing up

Man, 3 teens arrested in break and enter, standoff with Peterborough police on…

How to Change Your Mac Region

Trump Does Interview With Bill O’Reilly

OnePlus Clover appears on GeekBench with Snapdragon 460 and 4GB RAM