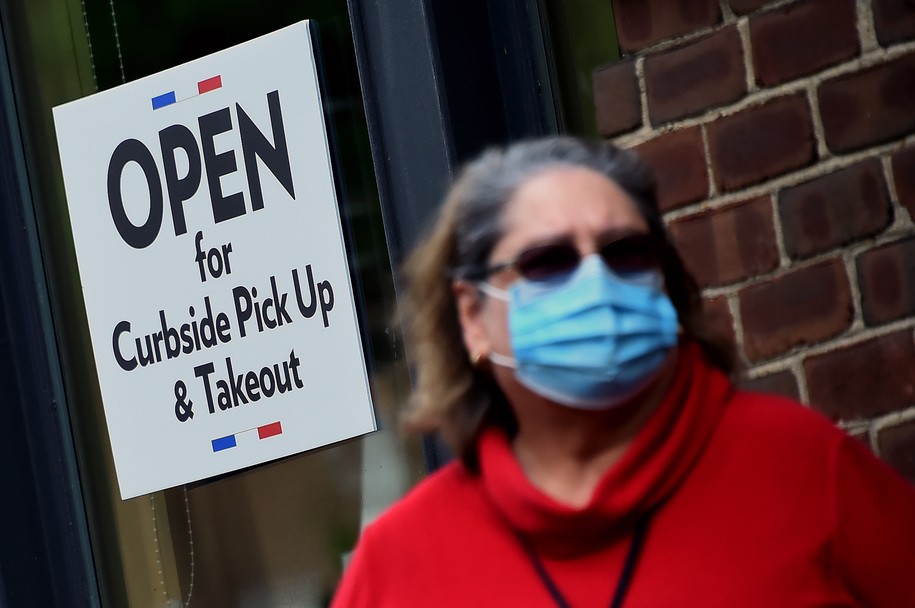 Independent restaurants make up half a million small businesses, employing 11 million people directly. Meanwhile, McConnell’s only plan for small businesses is more PPP loans—loans that have helped lots of businesses but which have also been hugely problematic and poorly run, if not out and out corrupted by the Trump administration, going to “businesses” like these: “A suspicious online university whose curriculum appears to be cut and pasted from a European school, two companies with nearly identical websites and two others with practically no internet presence—all five of these businesses are connected to the same Texas man.”

Now, with the pandemic still deadly active all over the country, bar and restaurant owners are clamoring for the only thing they think they can achieve—being allowed to reopen. Even though it’s clear the most dangerous scenario for transmission of the disease is people packed together in places like bars, drinking, talking loudly, laughing. It’s happening, too. Like in New Jersey which currently has a fairly low case count. Democratic Gov. Phil Murphy is reopening indoor bars and restaurants at partial capacity, even while he acknowledges there is “no question” that it’s not entirely safe. Because they can’t survive otherwise. “Our restaurant industry’s been crushed. They deserve this,” Murphy said on MSNBC last week.

There’s certainly an alternative. There’s the Restaurant Act in the House, which would provide $ 120 billion in grants to independent restaurants and bars and which has the support of 5 Republicans, along with 183 Democrats. The companion bill in the Senate is sponsored by Mississippi Republican Sen. Roger Wicker, and has 27 cosponsors. That would pass in both chambers, if McConnell would allow it. It would help millions of people. It would help save the economy, now and whenever we’re finally out of this pandemic and people will want to rush out to restaurants and bars again. There will need to be some that are still open to go to.

As the United States pulls out of Afghanistan, Kabul’s airport is a final stand

The Nightmare of the EU

Tap into the Void with Levelhead’s Free Mega Update

‘It’s just craziness out there’: Tofino and Ucluelet urging visitors to respect…

We put these eight meme stocks through a rugged analytical test. Which are poised for…