Stephen Curry bounced back from one of the worst shooting nights of his career and scored 23 points, and the Golden State Warriors convincingly ended the Phoenix Suns’ 18-game winning streak.

The Warriors (19-3) limited the Suns (19-4) to a season low for scoring and slipped past Phoenix for the best record in the NBA with a 118-96 victory on Friday night.

The Suns were within 83-74 following a dunk by JaVale McGee early in the fourth quarter but never got closer. Gary Payton II scored on consecutive possessions, added a breakaway two-handed dunk, then followed with a short jumper to put Golden State ahead by 20.

Luke Kennard scored 17 of his 19 points in the second half and hit two clutch three-pointers in the final minutes, sending the Clippers over the Lakers.

Paul George scored 19 points for the Clippers, who never trailed and never pulled away in the city rivals’ first meeting of the season. They played a choppy, chippy game appropriate for two clubs hovering around .500 while dealing with major injury problems that have slowed the development of two rosters harbouring NBA title ambitions.

LeBron James had 23 points and 11 rebounds in his first game back from a one-game absence under the NBA’s health and safety protocols. A positive COVID-19 test kept him out of the Lakers’ blowout win over Sacramento on Tuesday, but he received a series of negative subsequent tests that allowed him to play for only the 12th time in the Lakers’ 24 games this season.

Anthony Davis had 27 points and 10 rebounds, while Malik Monk scored all of his 20 points in the second half for the Lakers, who dropped to 12-12.

Embiid stars as Sixers down Hawks 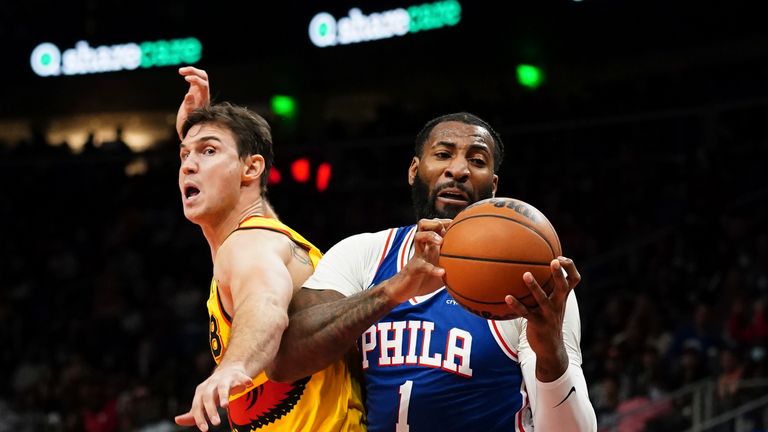 Joel Embiid scored 28 points, including a jumper with 42 seconds remaining that gave Philadelphia its first lead of the second half, and the 76ers took a comeback win over Trae Young and Atlanta.

Embiid snapped a 96-all tie with the 13-foot jumper. Seth Curry then stole a pass from John Collins. Danilo Gallinari missed a potential winning three-pointer as time expired.

Embiid added 12 rebounds for Philadelphia, which has won each of its first two games against the Hawks. Friday night was Philadelphia’s first visit to Atlanta since losing to the Hawks in last season’s Eastern Conference semi-final.

Young led Atlanta with 25 points. He failed to extend his streak of five games with 30 or more points but had 10 assists.

Darius Garland had 32 points, 10 assists and eight rebounds, and Cleveland went on a 19-0 run spanning part of each half in a rout of Washington.

Cleveland won its fourth straight game, and this streak has been pretty emphatic. The Cavaliers beat Orlando by 13, Dallas by 18 and Miami by 26.

The Cavaliers led by as many as 36 points in the third. It was 99-72 after three before Washington cut into the margin in the fourth.

Jarrett Allen had 28 points and 13 rebounds for his sixth consecutive double-double. Kevin Durant scored 30 points, including the clinching jumper with 11 seconds left, and Brooklyn held off Minnesota.

Durant was 12 of 13 on free throws and Patty Mills added 23 points for the Nets, who won for the fifth time in six games and improved their Eastern Conference-leading record to 16-6.

Former Nets guard D’Angelo Russell scored 21 points for the Timberwolves, who have lost three of five. Naz Reid and Anthony Edwards finished with 19 apiece, and Malik Beasley had 18.

Donovan Mitchell had 34 points and six assists to lead Utah over Boston.

Mike Conley added 29 points and seven assists for the Jazz. Rudy Gobert tallied 18 points and 12 rebounds. Utah made a season-high 27 three-pointers and shot 53 per cent from long distance. 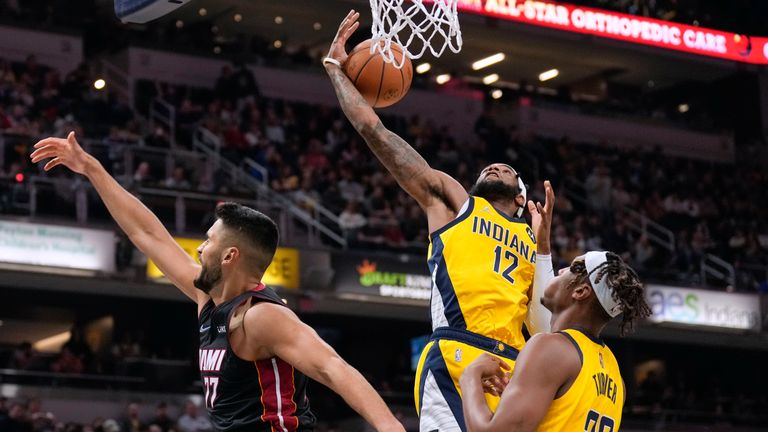 The Heat were missing four regulars, including leading scorer Jimmy Butler, but compensated with 16-of-34 shooting from three-point range, compared to the Pacers’ 9 of 36.

Caris LeVert scored a season-high 27 points for the Pacers, who have lost four in a row. Myles Turner had 20 and Chris Duarte 15. Domantas Sabonis added 14 points and 16 rebounds.

Brandon Ingram scored 24 points and New Orleans beat Dallas 107-91, two days after the Pelicans lost by 32 to the Mavericks at home while letting them set a franchise record for shooting percentage.

The Pelicans missed their first eight shots and started 2 of 20 before going 13 of 19 (68 per cent) in the third quarter and outscoring Dallas 63-43 after half-time for their fourth win in six games following a 3-16 start.

The Mavericks shot 68.7 per cent in a 139-107 win to start the home-and-home set, but surpassed the 26 misses from that outing early in the third quarter. 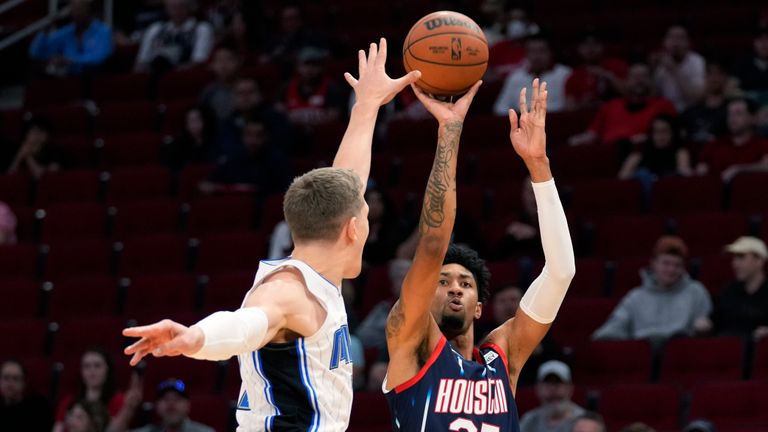 Eric Gordon scored 24 points and his short jumper with 1.6 seconds left lifted Houston past Orlando for its fifth consecutive win.

Houston had dropped 15 straight before its winning streak. Rookie Jalen Green missed his fourth straight games with a strained left hamstring for the Rockets.

Cole Anthony scored 26 points for the Magic, who have lost eight of nine. Terrence Ross scored 18 points off the bench.

What happened in the stock market? The Nasdaq Composite booked a second day of gains,…

New research of oldest light confirms age of the universe

The best CES accessories for iPhone and Mac

Tesla stock wards off bear market with boost from UBS

NASA-Russia Alliance Is Shaken by Events on Planet Earth

‘My roots always lie in creating sounds and sonics from the ground up.’

Kartik Aaryan photographed in the city – check out the pictures!

Five Phrases to Use More Often in 2022

Cuomo Speaks Out About CNN Suspension ‘They Think Is Important’

Weekend reads: Is this the end of the bull market for stocks?

Amazon stock on pace for its worst week in six months