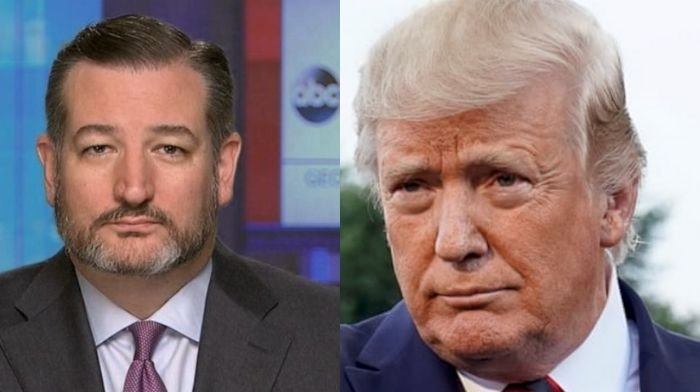 Last week, President Donald Trump added Senator Ted Cruz (R-TX) to a shortlist of potential names that he would appoint to the Supreme Court. On Sunday, Cruz spoke out about this to politely say that he does not have any interest in being on the Supreme Court, as he has other political priorities he wants to accomplish in life.

Cruz Reveals If He Wants To Be On Supreme Court

When Fox News host Maria Bartiromo asked Cruz if he would want the job, he replied, “You know, I don’t. It is deeply honoring, it’s humbling to be included in the list. I’m grateful that the president has that confidence in me. But it’s not the desire of my heart.”

Cruz has long been passionate about the Supreme Court, and he is even releasing a book about the highest court in the land before Election Day. Actually serving on the Supreme Court himself, however, is not something that interests Cruz. He explained to Bartiromo that he feels he can better serve the judiciary from the legislative branch, and he has been open about wanting to run for president again in 2024.

“I want to be in the political fight,” Cruz said. “I want to be fighting to nominate and confirm three, four, five principled, constitutionalist justices. But that’s not where I want to serve. I want to stay fighting right where I am in the US Senate.”

Cruz’s Initial Response To Being On Supreme Court Shortlist

This comes after Cruz initially responded to being on Trump’s Supreme Court shortlist with a statement that was more vague.

“I am grateful for the president’s confidence in me and for his leadership in nominating principled constitutionalists to the federal bench over the last four years,” he said. “As a member of the Senate Judiciary Committee, I’ve been proud to help confirm to the bench over 200 of President Trump’s judicial nominees, including two to the Supreme Court. It’s humbling and an immense honor to be considered for the Supreme Court.”

“The High Court plays a unique role in defending our Constitution, and there is no greater responsibility in public service than to support and defend the Constitution of the United States,” Cruz added. “In the Senate, I have been blessed to lead the fight to preserve our constitutional liberties — every day, to defend the rights of 29 million Texans — and I look forward to continuing to do so for many years to come.”

This piece was written by PoliZette Staff on September 14, 2020. It originally appeared in LifeZette and is used by permission.

Report: Vice President Mike Pence Does ‘Not Believe’ He Has ‘Power…

Best Of 2020: Fallout Creator On The Outer Worlds, Working Partnerships, And The…

Special treatment for the powerful?

What Is Shrinkflation? The Sneaky Way Manufacturers Are Raising Prices