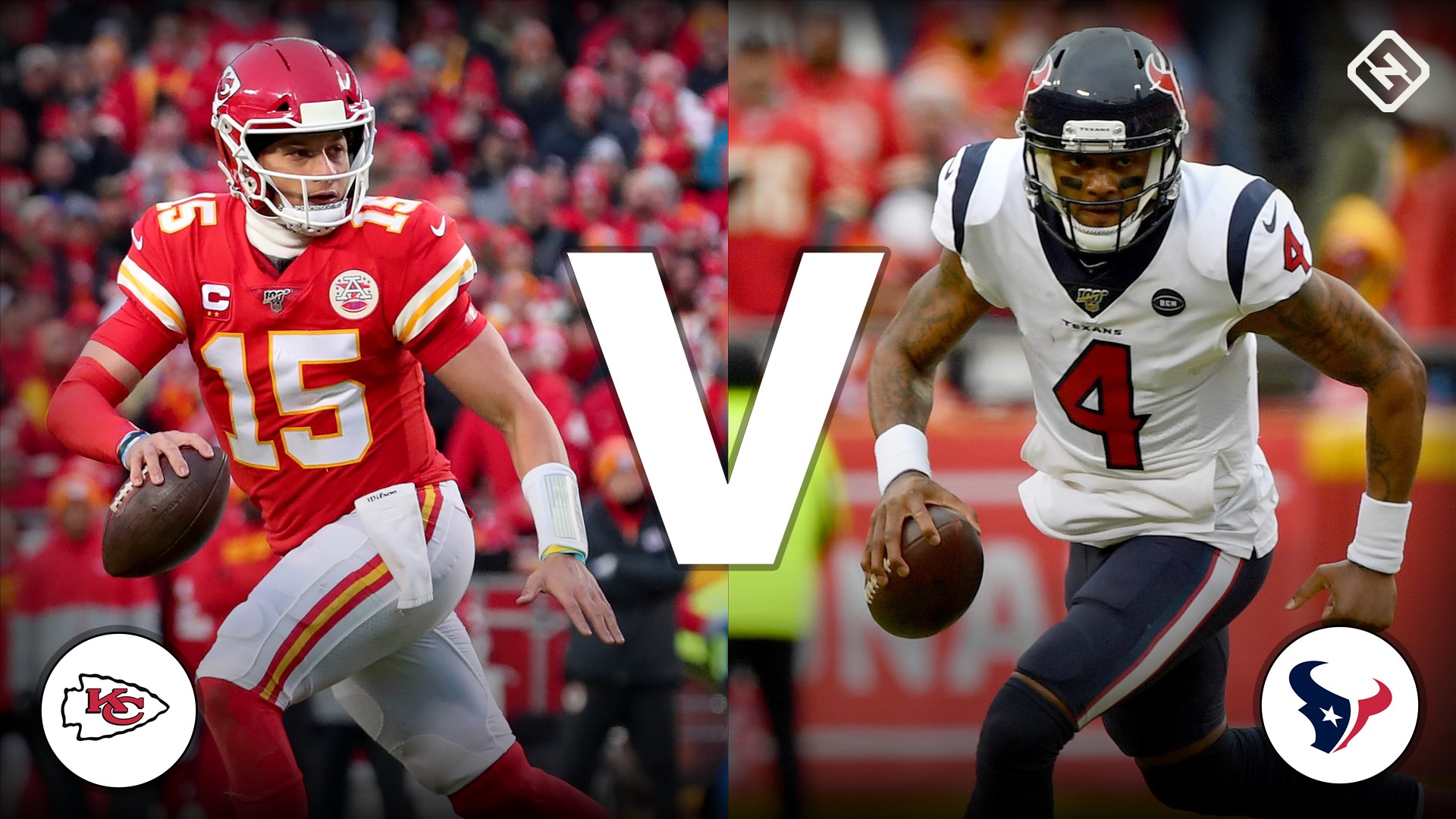 The Texans have developed a hot AFC rivalry with the Chiefs. As two consistent division-winning teams in the AFC with elite first-round quarterbacks from the 2017 NFL Draft — Deshaun Watson and Patrick Mahomes — their best matchups are yet to come.

Last season, Watson and the Texans won at the Chiefs 31-24 during the regular season in October, but when the stakes were raised in the divisional playoffs in January, the Texans blew a 24-0 lead and lost 51-31.

Mahomes and his team went on to win Super Bowl 54 over the 49ers, while once again Watson saw a different team from the AFC South (the Titans) go a step further in the playoffs. Now Houston has to be reminded of the season-closing nightmare in the 2020 opener, while Kansas City will look to celebrate by “ringing” up a big win again.

Here’s everything to know about betting on Texans vs. Chiefs in Week 1, including updated odds, trends and our expert’s prediction for the NFL’s 2020 season-opener.

MORE: Get the latest NFL odds at Sports Insider

The Chiefs have been steady touchdown-plus favorites since the early lines for the game were released. Coming into the first game after an unusual offseason, the Chiefs have far few variables with their offense and defense and are arguably a better team than they were in 2019, while the Texans are definitely worse.

The Chiefs hold a 7-5 lead in 12 meetings after the Texans failed to even the record in the previous matchup. Kansas City has won five of the past seven meetings, including in the playoffs after the 2015 and 2019 seasons.

— 55 percent of bettors like the Chiefs to cover their first spread as heavy favorites to repeat in Super Bowl 55.

— 56 percent of bettors like the total to go over with two explosive offenses on the field and the massive points these teams put up last season.

The Chiefs will look for another Thursday night opener explosion from a rookie running back like they got in 2017 from Kareem Hunt against the Patriots. This time, Edwards-Helaire is a highly hyped first-round pick. He is a complete back who excels as a receiver, making him one of the most promising Andy Reid backs ever. Kansas City may go easy with Edwards-Helaire’s workload in his first game, however, especially if it gets a big lead. Darrel Williams is the new top backup.

Hill and Kelce and … Hardman?

The Chiefs had some concerns when top wide receiver Tyreek Hill had more hamstring issues in training camp. Then newly extended elite tight end Travis Kelce popped up on the Week 1 injury report with a knee issue. They both should be fine and provide speed and quickness for Mahomes per usual. But it would be nice if a third non-backfield playmaker emerged more consistently than Sammy Watkins and DeMarcus Robinson.

Mecole Hardman flashed as a Hill-like rookie wideout last season. In Year 2, with Watkins and Robinson in their likely final years as Chiefs, it would make sense to showcase his big-play ability a lot more out of the gate in 2020.

Watson lost his go-to guy in the offseason when the Texans shockingly traded DeAndre Hopkins. The Texans moved on by trading for former Ram, Patriot and Saint Brandin Cooks.

The Cardinals also gave them David Johnson for Hopkins. He replaces Carlos Hyde and Lamar Miller as the lead backfield option.

Cooks is iffy for the game with a quad injury. Johnson broke down quite a bit last season in Arizona. It will be interesting to see how much Watson is affected initially by not having familiar support.

3. That’s the number of key starters the Chiefs don’t have from their Super Bowl-winning version. Running back Damien Williams and left guard Laurent Duvernay-Tardif opted out because of COVID-19 concerns. Linebacker Reggie Ragland was the only dent in the defense.

Edwards-Helaire is an upgrade over Williams and Kelechi Osemele was a good veteran fill-in find for Duvernay-Tardif. Rookie Willie Gay Jr. has plenty of upside taking over for Ragland, flanked by Anthony Hitchens and Damien Wilson on the second level.

The Texans moved Hopkins and have a new running back, but their defense looks more vulnerable than it ever has been in the J.J. Watt era. Advantage of continuity clearly goes to the Chiefs.

Mahomes, Edwards-Helaire, HIll, Kelce and all the Chiefs’ offensive stars will be able to do whatever they want for most of Thursday night. Watson has to adjust to his new weapons to catch up but as usual, he won’t give up in trying to lead the Texans. This time, the Chiefs will be the ones putting the Texans in a big hole from which they won’t dig out.

: Millennials to redistribute wealth from older generations to the young in new ‘age…

Agroecology as the Centrepiece of Sustainable Food Systems Global Issues

‘When People Are Able to Make Choices without Government Interference… We…

Who’s The President’s New Coronavirus Adviser? What’s His Plan For…

How To Make A Social Media Platform: The Right Way