The scheme to bypass the CDC and send Nation Guard to hospitals looks suspicious, because it is 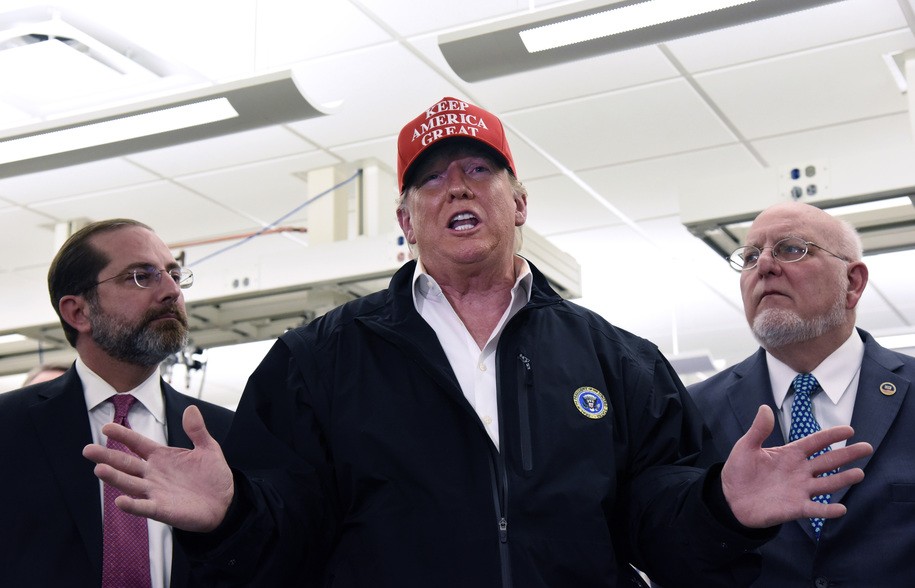 Daily Kos– “If it seems impossible that a significant number of deaths from COVID-19 could be covered up in the United States, it takes no more than a quick review to see that this is already happening. Multiple states have rules that record only the specific cause of death for those who die in hospitals or have their deaths certified by a medical examiner. Early on in the U. S. epidemic, this resulted in instances where hundreds of people who had died in nursing homes, or thousands who had died in their own homes, were not included in tallies. For the most part, these hidden deaths have been gradually added into the total, though not always smoothly. Reports have shown that, both around the world and in the United States, deaths from COVID-19 continue to be significantly undercounted. As early as April, investigators located over 9,000 deaths that had gone unrecorded.”
“There are also states like Florida which has already engaged in multiple steps designed to hide information and give Republican Governor Ron DeSantis ultimate control of what the public sees.” In April, Florida changed the process by which medical examiners report daily causes of death, taking what had been public information at the county level and creating a single list under the control of the state. This effort included threatening medical examiners who continued to release information by telling them they were in violation of “privacy laws.” In May, Florida fired the data scientist behind their state-level information site after she complained that the state was hiding data, and DeSantis was accused of deliberately under-reporting cases in order to make his reopening plan seem more reasonable. When that data scientist created her own site in June, it showed that DeSantis was exaggerating the number of people tested by 400,000 and was hiding hospitalization information. In response, DeSantis claimed that the data scientist was under “criminal investigation” and that her data was “not valid.”

Commentary: We Have to Do Something to Level the Playing Field

Coronavirus FAQ: What’s The Best Way To Care For A Loved One With COVID-19?

At Miami’s Art Basel, a canvas of global inequality in the pandemic age

NewsWatch: The omicron panic is overdone. Buy the dips in these stocks, says…

How Stephanie Murphy, a Holdout on Biden’s Agenda, Helped…