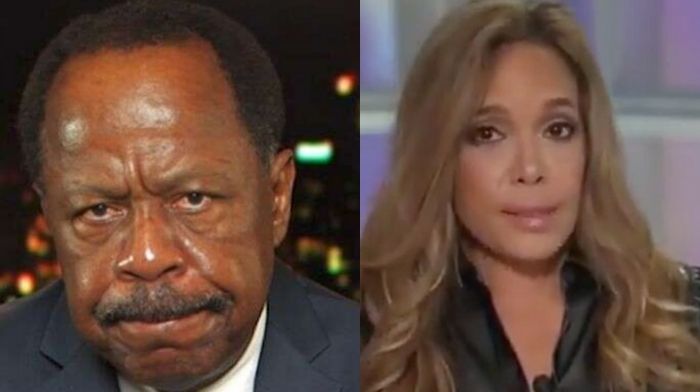 “The View” cohost Sunny Hostin just got shut down by black civil rights attorney Leo Terrell after she claimed that black conservatives are “props’ for the Republican Party.

On an episode of the ABC talk show this week, Hostin said that she was not surprised that Democratic presidential nominee Joe Biden was losing support among Hispanic voters in Florida.

“[Y]ou hear all of this coming from the Trump campaign about how black people have nothing to lose and they are gonna overwhelmingly vote for Trump, and you had all the black people props all over the RNC talking about all the stuff they’ve done for the black community,” she added. “You heard [former White House Press Secretary] Sarah Sanders yesterday talking about all the things that have been done for the black community by the Trump administration.”

However, this came back to bite Hostin on Thursday night, when Terrell fired back at her during an interview with Sean Hannity.

“See, the Democrats’ playbook is no black can leave the plantation,” he said. “We have to remain, if not, we will be called names. I’ve been called names recently, but here’s the point: I want to speak directly to Sunny from ‘The View.’ I have news for you, Sunny. Tim Scott is not a prop. Alice Johnson is not a prop. And the wife of David Dorn is not a prop.”

“I have 30 years invested with the left side, I know what the left side has done,” Terrell added. “I freely decided to vote Republican. No pay, it’s because I love this country. … When you make this argument, as a lawyer, you should be ashamed of yourself to call black Republicans a ‘prop.’ That is a personal attack.”

This piece was written by PoliZette Staff on September 11, 2020. It originally appeared in LifeZette and is used by permission.

Read more at LifeZette:
Two women charged with hate crime for attacking 7-year-old Trump supporter
WATCH: Sarah Sanders torches hosts of ‘The View’ as the ‘definition of hypocrisy’
Democrat says lack of education funding made him strangle his girlfriend

European regulator sees no urgent need for COVID-19 boosters, aligning with WHO view…

Rays go old-school at worst time, leave Tyler Glasnow in too long in Game 1 of World…

The Chicago 7: Where Are They Now?

Dems Dare to Believe the Trump Nightmare Is Almost Over