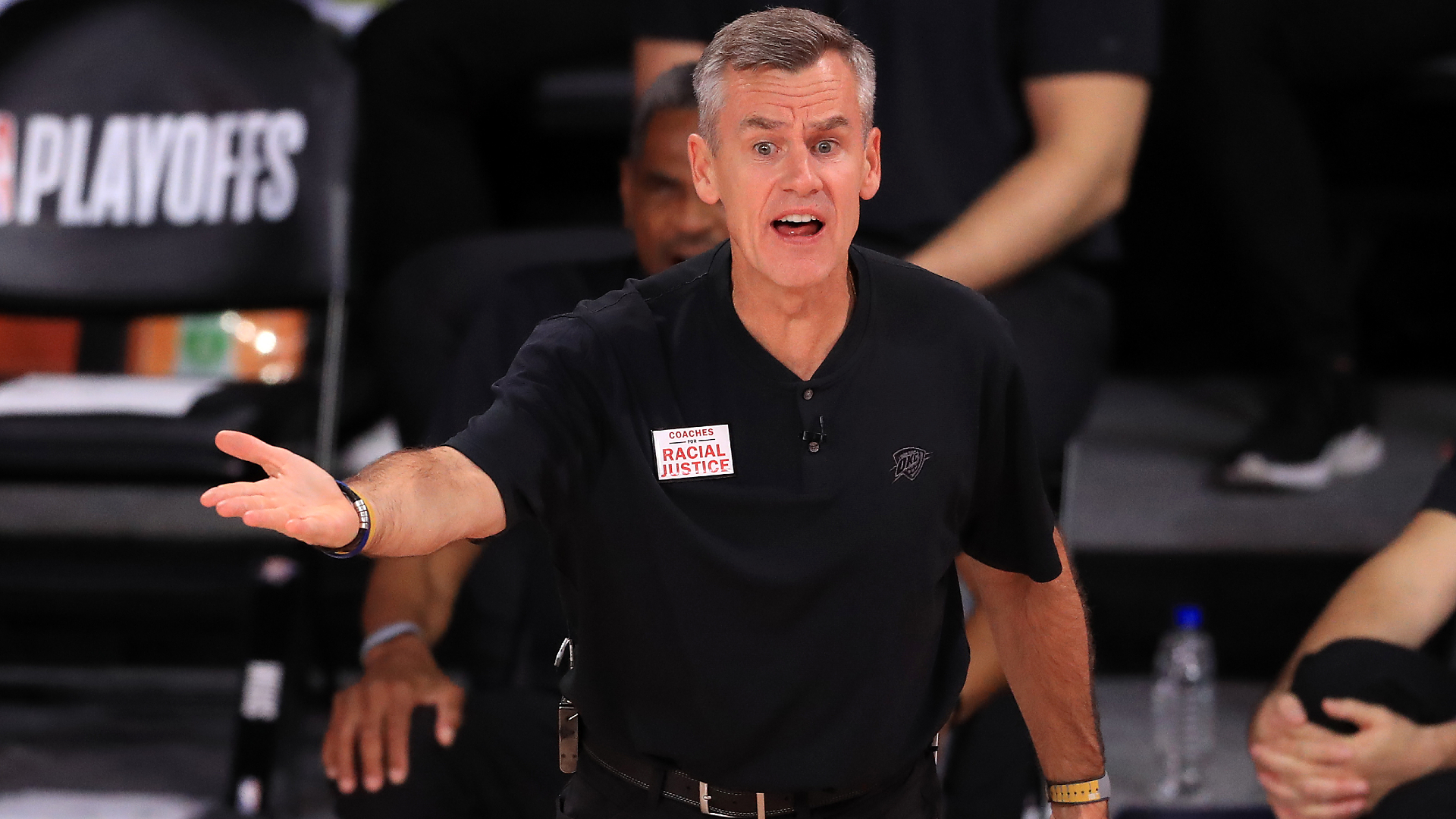 The Thunder and head coach Billy Donovan have parted ways after five seasons.

Donovan led the Thunder to the playoffs in every one of his campaigns at the helm, but the team bowed out in the first round for the fourth straight year in 2019-20.

After leading the team to a 243-157 record, Oklahoma City did not renew his contract, the team confirmed on Tuesday.

“I have great respect for Billy and will always appreciate our work together. He is a terrific basketball coach and we are proud of what he has accomplished with the Thunder,” said general manager Sam Presti. “We had planned to sit down at the end of the season and discuss the best way to move forward for both of us. After those discussions, it became apparent that we couldn’t provide him the information on the future direction of the team over the next several seasons to give him the level of clarity that he understandably desires at this stage of his career.

“Therefore, we close this chapter and reflect fondly on all that he has given to the team, organisation and community. Billy will always have a place in the Thunder family.”

Donovan, whose team was beaten in Game 7 of the Western Conference first round by the Houston Rockets this season, thanked the Thunder for his time with the franchise.

“Coaching the Oklahoma City Thunder the past five seasons has been a great honour, and I thank Mr. [Clayton] Bennett [Thunder owner], Sam and the entire organization for the opportunity,” he said.

“I have a great respect and admiration for the players I coached in Oklahoma, and I also want to thank the coaches I worked with, who gave unbelievable time and expertise to our common goal.

“Lastly, I want to thank the Oklahoma City community for being so welcoming to my family during our time here. This place will always be special to us. I will always hold this organisation in the highest regard and wish the Thunder and their fans the success they deserve.”

10 secret things to do in Cornwall

How to schedule your Mac to reboot every night

Bayern’s Suele out of Champions League trip to Salzburg

Steelers’ Ben Roethlisberger blames self for loss to…