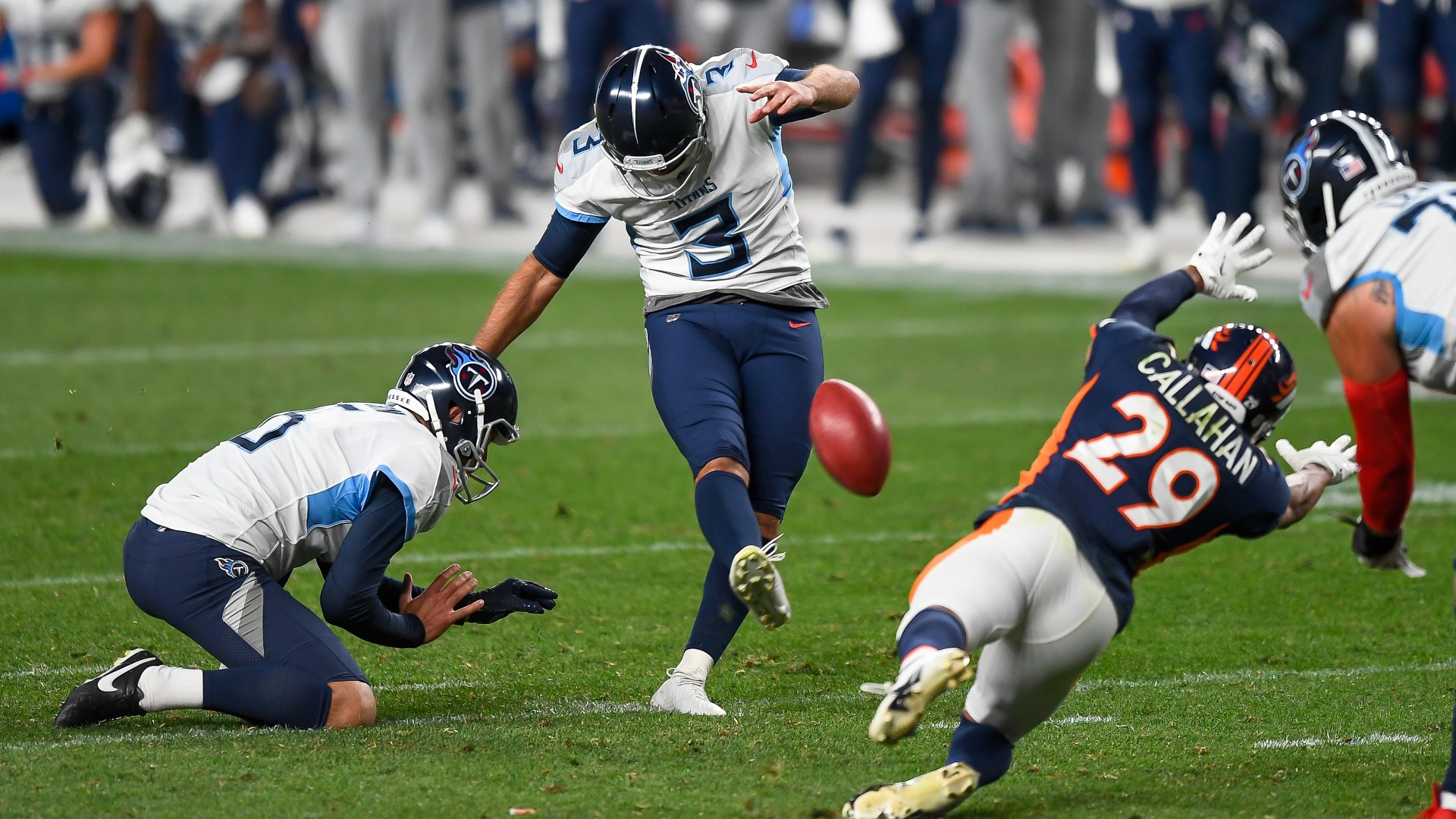 Stephen Gostkowski made a big kick Monday night, but it was big a kick only because he had missed so many times before then.

Gostkowski missed field goal tries from 47 and 42 yards, had another field goal attempt blocked and pulled a PAT kick wide in his Titans debut. As Tennessee was driving for a go-ahead score late in the fourth quarter, people were questioning whether coach Mike Vrabel should send him out again.

Vrabel did call on his former Patriots teammate, and Gostkowski drilled a 25-yarder with 17 seconds remaining. Those were the winning points in his new team’s 16-14 victory over the Broncos.

“It’s definitely an opportunity I didn’t deserve,” Gostkowski told reporters in his postgame Zoom call, per NFL.com. “But [I’m] grateful that I got it for the team and the guys that went out there and busted their butt. I really put them in a tough spot. You don’t always get that lucky to get a chance to redeem yourself.”

“I’m disappointed in myself and embarrassed and frustrated, but at the end of the day we won and luckily guys are happy going home,” he added.

Vrabel said he had zero worries about giving Gostkowski a final chance to succeed.

“Nope, and [the Broncos] did, obviously, because they weren’t using their timeouts (Denver had all three remaining) and they were banking on him missing,” Vrabel said.

Still, so much for Gostkowski erasing the memory of last season’s dreadful kicking in Nashville. Ryan Succop and Cairo Santos combined to go 5 for 15 on field goal tries in 2019. Cody Parkey, ol’ Mr. Double Doink himself, helped the percentage by going 3 for 3.

Tennessee made it to the AFC championship game last season in spite of all that fail, but 8 for 18 is something from the ’50s and ’60s when linemen doubled as kickers.

Enter Gostkowski, 36, who was 7 for 8 on field goal kicks but just 11 for 15 on PATs for New England last year. He missed the Patriots’ final 12 regular-season games and their lone playoff game — a home loss to the Titans — with a hip injury.

The Pats cut him last March after 14 seasons. The Titans signed him to a one-year, $ 2.75 million contract on Sept. 3, with $ 2 million of that cash becoming guaranteed Monday.

That contact and Vrabel’s stated confidence in him should, in theory, keep Gostkowski around awhile. But after a 2-for-6 night in ideal weather conditions, Gostkowski ought to know he isn’t guaranteed anything beyond Week 1.

Scorpions Are Running Rampant in Australia, And We Might Finally Know Why

Video: Georgia Vote Counters Appear to Pull Suitcases of Ballots from Under Table…

U.S. Special Operations Forces Are Getting Ready for War with Russia or China

The best gaming smartphones in 2020: noobs are welcome

Coronavirus England: Scale of long Covid in children ‘nothing like’…

Viruses May Jump from Bats to People More Often Than Realized

Trump Embraces Fringe Theories on Protests and the Coronavirus