“True Hidden Gem”: Modern Indian Art To Be Auctioned In UK By Sotheby’s 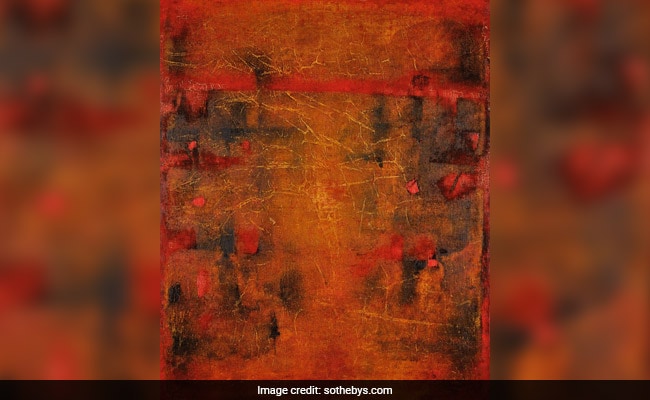 Unpublished artworks by artist VS Gaitonde will also go on auction.

A collection of never-before-seen modern Indian art, including unpublished artworks by artists VS Gaitonde and Ram Kumar, will be offered for auction for the first time in London later this month, Sotheby’s auction house said today.

Assembled by the Danish couple Gunnar Hansen and his wife Inger almost half a century ago, the history of the collection is closely tied to that of one of India’s leading infrastructure businesses Larsen & Toubro (L&T), for whom Mr Gunnar worked for over 20 years.

“Gunnar and Inger Hansen’s collection is a true hidden gem. All of the paintings offered here have rarely been seen in public, if ever, before,” said Ishrat Kanga, Head of Sotheby’s London Modern and Contemporary South Asian Art Sale.

“The pieces were acquired by the Hansens in India in the 1960s and 1970s, soon after leaving the artist’s studios and have been treasured by the family for some 40 to 50 years. Enthused by the radical art they discovered in post-independence India, the Hansens assembled a visionary collection that today is a perfect time capsule, demonstrating the depth and quality of abstract and non-objective art which was being created in India at this extraordinary moment in time,” said Ishrat Kanga.

According to Sotheby’s, while working for L&T, Mr Hansen also made a life for himself and his family in India. He with his wife moved from Denmark to India in 1953, where their children Marianne, Peter and Torben were born.

It was while living in Mumbai, then Bombay, that Mr Hansen acquired his passion for modern Indian painting and was a regular visitor to Gallery Chemould and Pundole Art Gallery, where they met the great Indian modernists – including Vasudeo S Gaitonde, Ram Kumar and Krishen Khanna – and amassed their superb collection.

The Sotheby’s Modern and Contemporary South Asian Art Auction, scheduled for September 29, includes a selection of works from the estate of Bhupen Khakhar, including a painting of one of the artist’s closest friends which hung in pride of place in his Baroda drawing room.

“Portrait of Shri Shankerbhai V Patel Near Red Fort”, estimated at 260,000-450,000 pounds, remained with the artist throughout his life – a sign of the artist’s unflinching devotion to the man depicted in the painting.

Shankerbhain Patel is said to have been frail, almost or nearly blind, and a windower when Khakhar painted this portrait in 1971 and the artist never fully recovered from his death in 1975. Shankerbhai Patel has been immortalised in some of his most important paintings, and this example is of crucial importance within the artist”s inimitable body of work.

A further collection to go under the hammer comes from the estate of Patwant Singh, one of India”s most important tastemakers and scholars. The works, offered here for the first time and not seen for a generation, paint a vivid portrait of a remarkable individual. They are led by Ram Kumar’s “Ruins”, acquired directly from the artist in the 1960s and estimated at 80,000-120,000 pounds.

“What is particularly delightful about Patwant’s collection is the sense one gets, not only of his personal taste, but also of the value he placed on the objects he surrounded himself with, in his magnificent home. The works speak of a life well-lived,” said Ishrat Kanga.

“It is especially interesting to think of the stories that each of the works in the collection carry with them, having watched over the great and the good of the twentieth century who were regular visitors to Patwant’s home,” she added.

The entire collection will go on public display at Sotheby’s London headquarters in New Bond Street from September 25.

MORE FAKE NEWS: The Hill Bashes Trump Supporters for Not Wearing Masks at NC Rally… But Look Closely at the Photo they Use!

Is the new Covid variant REALLY more infectious for children?

Coronavirus survivor, 28, reveals she will have to take blood thinners for at least a…

Deals: Purchase Parallels Desktop for Mac and Get One Year of Fantastical Premium for…

How Digital Technology is Changing the Structure of HR

If Women Farmers were Politicians, the World Would be Fed, says Danielle Nierenberg…

This 98-year-old has 4 tips for a satisfying retirement