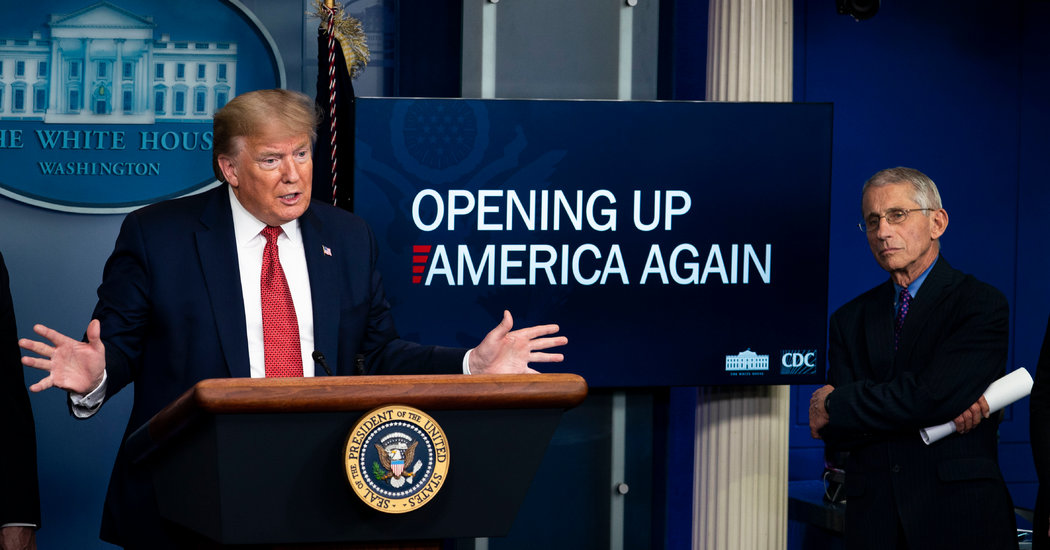 “President Trump’s advisers undercut the nation’s top infectious disease expert, Dr. Anthony S. Fauci, over the weekend, anonymously providing details to various news outlets about statements he had made early in the coronavirus outbreak that they said were inaccurate.”

“The move to treat Dr. Fauci, who has led the National Institute of Allergy and Infectious Diseases for decades, as if he were a warring political rival came as he has grown increasingly vocal in his concerns about the national surge in coronavirus cases, as well as his lack of access to Mr. Trump over the past several weeks. It has been accompanied by more measured public criticism from administration officials, including the president.”

“And it came just days after the White House called school reopening guidelines released by the Centers for Disease Control and Prevention overly restrictive, part of a pattern of the administration trying to sideline recommendations that could slow the reopening of the economy, which Mr. Trump views as vital to his flailing re-election effort.” –NYTimes reports.

The Margin: ‘Bulls***!’ — CNN’s Chris Cuomo gets fired up over President Trump’s Goya…

Buying a Used Mac or MacBook? Check These Things Before You Buy

‘Omicron’ Can Evade Some Immunity, Not All, Data From South Africa Shows