Trump Is Complaining About How Dr. Fauci Made a Lot of Mistakes 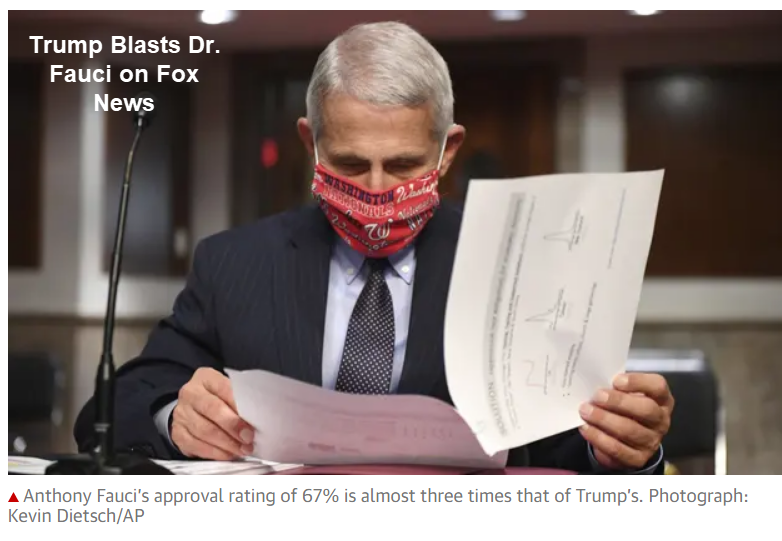 Dr. Anthony Fauci, Trump’s director of the National Institute of Allergy and Infectious Diseases has come under increasing fire from the president and his proxies. Trump told Fox news interviewers that Fauci had “made a lot of mistakes” and said he “disagreed” with Fauci’s claim that the US was in a bad place in its coronavirus response.
Fauci had found himself in the uncomfortable position of gently correcting Trump’s false or misleading statements for months. As far back as April the president retweeted a call for him to be fired, although that threat appeared to have receded.
In any case, Trump cannot fire Fauci, who enjoys support on both sides of Congress and has a public approval rating for his coronavirus response of 67% – almost three times that of Trump’s. Instead the strategy appears aimed at damaging his standing while keeping him out of the public eye by cancelling media appearances. –Mish Talk

Listen to the National’s New Song ‘Somebody Desperate’

What is wrong with physicians?

8 Practices to Make You a Winning Business Professional or Entrepreneur