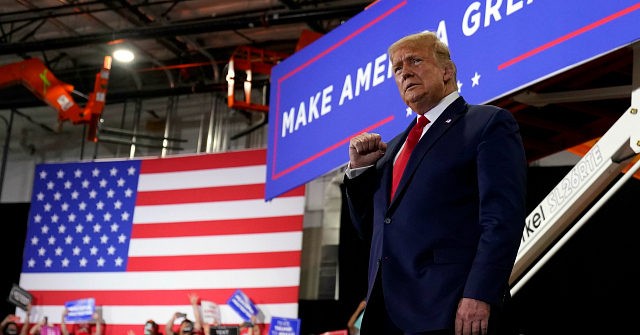 Supporters of President Donald Trump shouted, “All lives Matter!” during a campaign rally on Sunday in Nevada.

During the rally, President Trump was briefly interrupted by a protester, who was quickly drowned out by chants of “U.S.A.!”

“Get him out of here, would you?” Trump asked.

The crowd replied by chanting, “All lives matter!” as the president looked on.

He did not acknowledge the chant, which soon returned to “U.S.A.” before he continued speaking.

10-man Arsenal hold out for draw at Leeds

The Best Apps To Ensure Your Workplace Stays Productive

Busting Up the Infection Cycle of Hepatitis B

WFP – ‘Focus on Starvation, Destabilisation and Migration to Avert a…

Janhvi Kapoor on why Dhadak will always be special

What every kind of gamer should play on Xbox Game Pass

And Here It Is: Joe Biden: “You’ll Know About my Opinion on Court Packing When the…

The Armored Divisions of the European Union