Trump Throws in the Towel on Phase 2 Deal With China 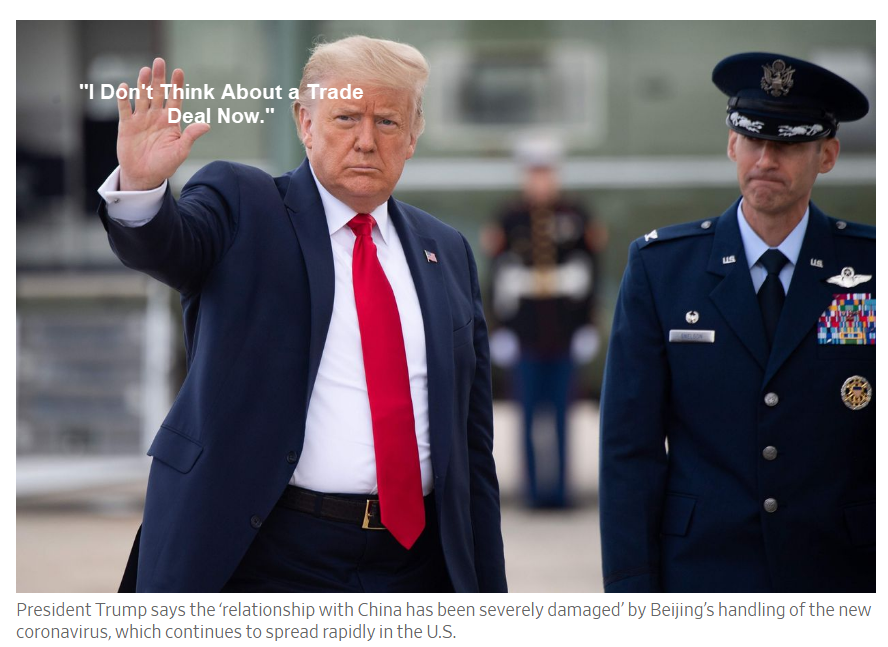 ‘I Don’t Think About It Now,’ Says Trump, as Hope for a Deal Dims.

The president’s announcement that phase-two talks are on the back burner also means that U.S. tariffs on imports from China are unlikely to be removed soon. The U.S. has imposed tariffs on about $ 360 billion a year worth of goods from China. As part of the deal struck in January, the administration cut the rate from 15% to 7.5% on about $ 110 billion worth of goods, while leaving tariffs on the rest at 25%.

Talks initially focused on a comprehensive deal, but fell apart in May 2019, resulting in an escalation of tariffs. The U.S. accused the Chinese negotiators of backtracking in the talks. When negotiators revived talks in the fall, they focused on a narrower set of issues.

At the time, Mr. Trump said that the U.S. and China would begin negotiating phase two “right away.”

Get full details on Mish Talk

Don’t keep your Mac laptop charged to 100 percent all the time. Here’s why

Ronaldo out of Portugal team to face Croatia

“One Does Not Know Where an Insight Will Come From” | People I (Mostly) Admire Ep. 3:…

The Conservative Lawyer Behind the Texas Abortion Law

What Drives Social Behavior During The COVID-19 Pandemic

Commentators set for Georgia versus Arkansas

Here’s the Other Hard-Left, Extreme Biden Quotes the Media Are BURYING

What Is Ammonium Nitrate, The Chemical Behind The Massive Beirut Explosion?

Was Kyle Rittenhouse a Fool?