Trump was finally shamed into visiting fire-ravaged California. He shouldn’t have bothered 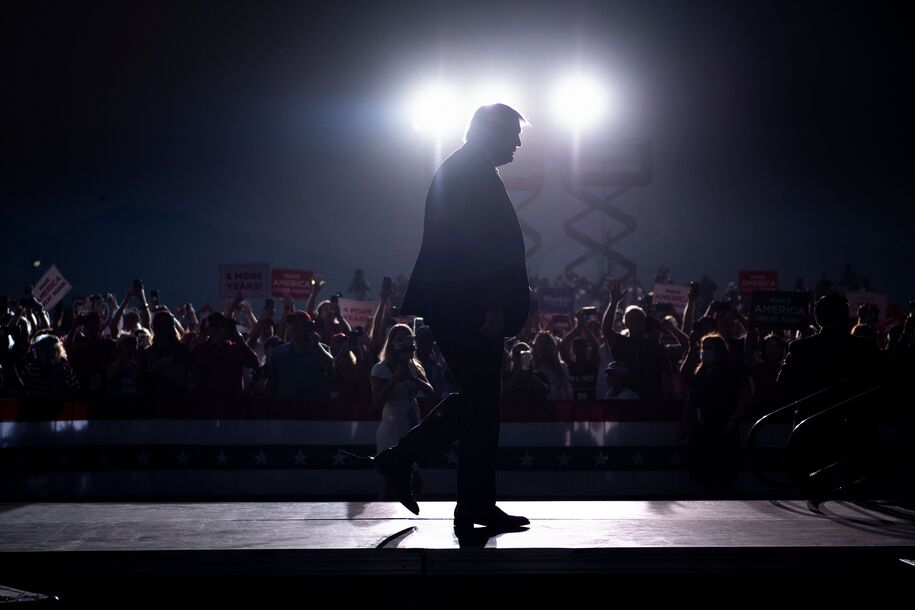 Oh, who are we kidding—it’s going to be both. It’s always both.

Typhoid Hitler’s most likely stupid take—based on his record—is the repetition of his continued claims that what California needs to do if it doesn’t want fires like this is “rake” the forests. This talking point is absolutely based on him misunderstanding someone somewhere who explained to him that decades of California putting out fires rather than letting them burn has resulted, in some places, in explosively dense underbrush. Though there’s very good reason to believe this is a factor according to scientists, it’s also an especially common criticism from lobbyists who want to log more aggressively in the state’s federally owned lands.

So someone told Trump that a lack of previous fires means there’s a lot to burn now and made the case for more spending on clearing the forests (either the sensible way, or the cut-it-to-the-ground-and-pave-over-the-remains way), and his mushbrain could only glean something about how we need to “clean” the forests, which he presumes from his golf course maintenance expertise means raking things, and there’s not one damn person in America that can drill the far more complicated version into his head because Donald Trump, the man who keeps saying stealth planes are “invisible,” is the most asinine, most stubborn grease puddle to ever have been let into the White House grounds.

He also believes California is letting Too Much Water go into the Pacific Ocean. Again, because professional lobbyists told him so, not because he has any f–king hydrology expertise or could identify even one of the state’s rivers if you spotted him a map and the full powers of the U.S. presidency.

Well, this will be fun. As if a statewide natural disaster taking place during an ongoing worldwide natural disaster wasn’t enough to deal with, His Royal Orangeness is going to come explain to Californians that it’s not climate change causing these fires, it’s a lack of loyalty to him, personally, because reasons.

I still say we should have the National Guard meet the plane when it lands, refuel it on the runway, and invite it to fly America’s aspirational fascist right the hell back out again, but no. He’s got to come and show us once again just how incompetent, indifferent, and buffoonish he can be, in person. And with our luck he’ll actually like it here: Finally, a state where the sky is the same orange color he paints his face.

FA Center: When you want to retire but your partner doesn’t, money isn’t necessarily the real issue

This Tuesday Is The ‘Fall Equinox’. Here’s What That Means

Fauci on COVID-19 vaccines: The optimal regimen will ultimately be that third shot

Games Inbox: Which is the best Xbox console?

Part 1 what is NOT democratising Wall Street