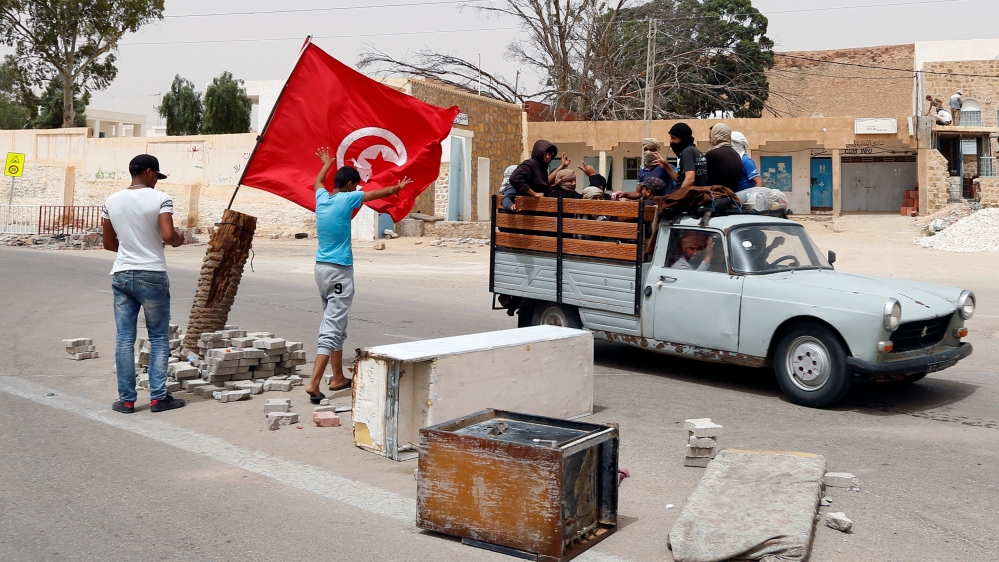 Demonstrators have shut a major oil pumping station in southern Tunisia, escalating weeks of protests for jobs and economic development in the deprived region.

Hundreds of protesters on Thursday forced their way into the remote El-Kamour production site, located in the desert south of the town of Tataouine despite the presence of army personnel protecting petroleum installations.

A hefty contingent of forces had been deployed to the site, including a helicopter, but there was no violence between security personnel and protesters who chanted “Tataouine does not give up” and sang the national anthem, according to AFP news agency.

The demonstration follows weeks of unrest in Tunisia’s south, one of the country’s most marginalised regions, burdened by above-average unemployment, failing infrastructure and an underdeveloped private sector.

Since July 9, a few dozen demonstrators have been camped in the desert near El Kamour. Other groups joined them on Thursday before the site was breached.

Protesters are calling on the government to implement a 2017 deal to create jobs in oil companies and infrastructure projects to reduce unemployment now running at 30 percent in the region, one of the highest rates in Tunisia.

The latest demonstration came as Tunisian leaders struggle with political deadlock following the resignation of Prime Minister Elyes Fakhfakh on Wednesday, and after an attempt by several parties to remove Speaker Rached Ghannouchi.

Marathon negotiations are currently under way to find within 10 days a new prime minister who can win the confidence of Parliament by September, failing which Tunisia will have to hold a general election.

The closure of the pumping station follows clashes last month between police and job-seeking protesters in Tataouine.

About 10 years after a popular revolution ended Zine El Abidine Ben Ali’s rule, Tunisia is still struggling to deliver economic opportunities to unemployed young people in regions such as Tataouine.

On Monday, Investment Minister Slim Azzabi said Tunisia had asked four countries to delay loan repayments expected this year, as it announced more pessimistic budget forecasts for 2020 because of the coronavirus pandemic.

The request underscores the dire condition of Tunisia’s public finances, already a source of concern before the coronavirus crisis pummeled the global economy.

Kodak Black Denies Being High On Drugs In Viral Interview

1,200-Year-Old Mummy of a Young Man Tied With Rope Discovered in Peru

Giro and Vuelta to overlap in revised UCI cycling calendar