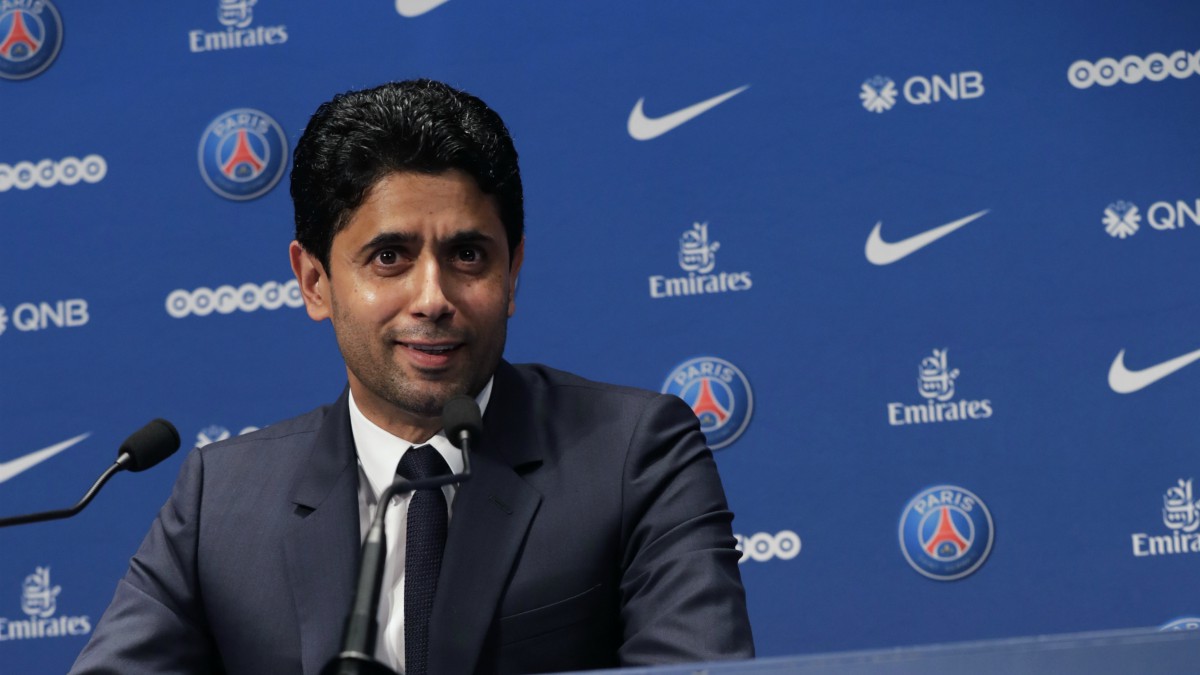 Al-Khelaifi, who is also chairman of Qatar-owned broadcaster beIN Media, is charged with inciting Valcke to commit “aggravated criminal mismanagement.”

The trial, which has already been delayed because of the coronavirus pandemic, is scheduled to last until September 25 at the Federal Criminal Court of Bellinzona.

After opening, the trial was paused until 1130 GMT to allow a procedural point to be discussed.

If the trial runs its course, it will be the first judgement handed down in Switzerland, the seat of most international sports organisations, on the 20 or so proceedings opened in the last five years surrounding FIFA.

But it opens under another cloud as suspicions of collusion between the Swiss prosecution and FIFA have undermined its credibility.

Valcke, who until 2015 was the right-hand man of now-ousted FIFA president Sepp Blatter, faces the bulk of the charges. He appears in two separate cases of television rights corruption and faces up to five years in prison if found guilty.

The 59-year-old Frenchman stands accused of wanting to transfer the Middle East and North Africa rights for screening the 2026 and 2030 World Cups to beIN Media, in exchange for “unwarranted benefits” from Al-Khelaifi.

According to the prosecution, the case relates to a meeting on October 24, 2013, at the French headquarters of beIN, when Al-Khelaifi allegedly promised to buy a villa in Sardinia for five million euros ($ 5.9 million), granting its exclusive use to Valcke.

Al-Khelaifi, who has denied the charges, was then to hand the property over to the Frenchman two years later under certain conditions.

‘Corruption’
In return, the prosecution claims, Valcke committed to “do what was in his power” to ensure beIN would become the regional broadcaster for the two World Cups, something which happened on April 29, 2014, in an agreement that FIFA has never since contested.

Legally, however, it is no longer a question of “private corruption”. The prosecution had to drop that qualification because of an “amicable agreement” reached at the end of January between FIFA and Al-Khelaifi, the contents of which have not been made public.

So Valcke must now justify having “kept for himself” advantages “which should have gone to FIFA”.

Al-Khelaifi, who as president of this year’s beaten Champions League finalists PSG is one of the most influential men in world football, faces a charge of “inciting Valcke to commit aggravated criminal mismanagement”, for which he could also face five years in prison.

“The major part of this file does not concern our client,” Khelaifi’s lawyers have told AFP, describing the charges against him as “clearly artificial”.

Al-Khelaifi denies buying the property in question or promising it to Valcke.

Valcke also stands accused of exploiting his position at FIFA between 2013 and 2015 to influence the awarding of media rights for Italy and Greece for various World Cup and other tournaments scheduled between 2018 and 2030 “in order to favour media partners that he preferred” in exchange for payments from Greek businessman Dinos Deris, who has also been charged.

The case has been weakened by accusations of collusion born of three secret meetings in 2016 and 2017 between the current president of FIFA, Gianni Infantino, and Switzerland’s former Attorney General Michael Lauber.

Both are under investigation for “obstructing criminal proceedings” — Lauber resigned from his post in July.

Microbial Life on Venus? Here’s What You Really Need to Know About The Major Discovery

Where Should I Retire?: We want to retire to somewhere our kids and grandkids would…

Predicting one fantasy bust from all 30 teams

Why are millions starving in Yemen? | Start Here

Laika and her crew: ‘Space Dogs’ documentary explores Moscow through a…