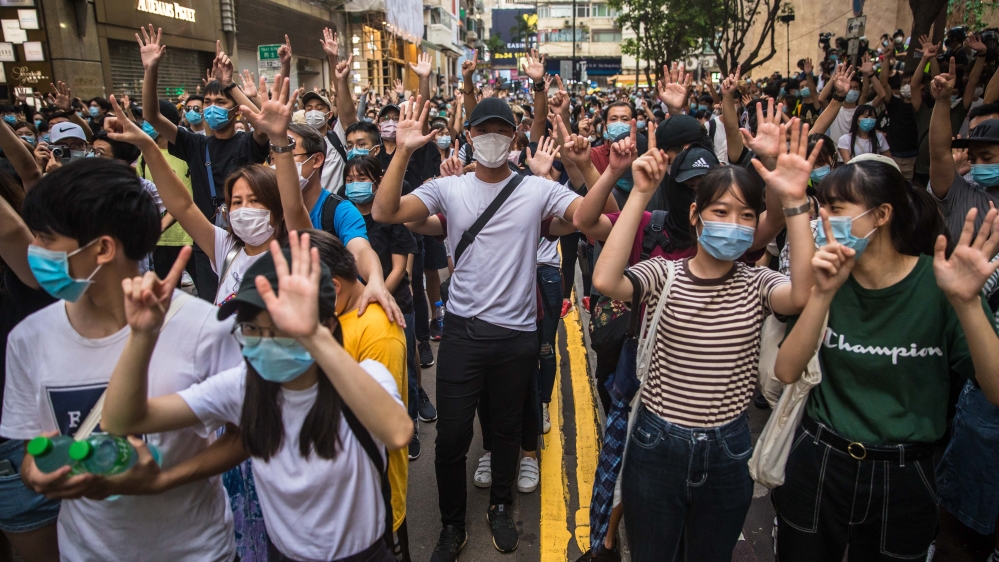 The United Kingdom is expected to suspend its extradition treaty with Hong Kong on Monday, in a further escalation of worsening ties with China over Beijing’s decision to impose a national security law on the territory, British newspapers reported.

Foreign Secretary Dominic Raab will announce the suspension of the treaty in parliament, the Times and Daily Telegraph newspapers said, citing sources.

Britain’s foreign office declined to comment. The United States, Australia, and Canada have already moved to suspend extradition treaties with the territory, while New Zealand is reviewing its options.

The UK has been dismayed by the crackdown in Hong Kong after a year of sometimes violent protests, and is also concerned about the treatment of ethnic Uighur people in China’s far western region of Xinjiang.

On Sunday, Raab accused Beijing of “gross, egregious human rights abuses” in its “deeply troubling” treatment of ethnic and religious minorities in Xinjiang.

The United Nations and rights groups say at least one million Uighurs have been detained in camps that China describes as vocational skills centres that are necessary to curb “extremism”.

“We want a positive relationship [with China] but we cannot see behaviour like that and not call it out,” the foreign secretary said.

The two countries’ differences over a host of issues are a far cry from the so-called “golden era” of ties once championed by former Prime Minister David Cameron.

China has accused Britain of pandering to the United States.

Earlier on Sunday, China’s ambassador to Britain warned of a tough response if London attempted to sanction any of its officials, as some have demanded.

MPs from the China Research Group have written to the Foreign Secretary, calling for the U.K. to suspend its extradition agreement with Hong Kong. pic.twitter.com/vpTf1Y5IBj

“If UK government goes that far to impose sanctions on any individual in China, China will certainly make a resolute response to it,” Liu Xiaoming told the BBC’s Andrew Marr Show.

“You’ve seen what happens in the United States – they sanction Chinese officials, we sanction their senators, their officials. I do not want to see this tit-for-tat happen in… China-UK relations.”

Raab told the same programme he would not be drawn on future additions to Britain’s sanctions list but he denied that Britain would be too weak to challenge China in such a way.

Britain says the new national security law breaches agreements made before the 1997 handover of Hong Kong to Chinese rule, and that China is crushing the freedoms that were supposed to remain for at least 50 years.

Need to Know: When COVID-19 ends, these are the places you want to invest

Biden, Mexican president agree to work together on border migration

Coronavirus vaccine could get emergency approval before critical testing is complete,…

People May Be Tired But Coronavirus “Not Tired Of Us”, Says WHO Chief