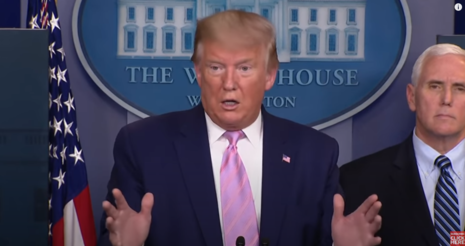 On the front page of Thursday’s New York Times, technology reporter Mike Isaac pushed a just-completed “civil rights” audit of Facebook: “Facebook Lets Hate Flourish, Report Finds.”
No one wants “hate” to flourish online. But that headline actually sneakily translates into a complaint that Facebook is not sufficiently censoring Trump and his supporters in the run-up to November.
The audit, conducted by left-wing groups the Times flattered with the label “civil rights groups,” slammed Facebook’s choice to leave untouched several posts made by President Trump in May, which the audit claimed were examples of “hateful and violent speech.” Also, Trump’s posts somehow endangered users’ civil rights?

Auditors handpicked by Facebook to examine its policies said that the company had not done enough to protect people on the platform from discriminatory posts and ads and that its decisions to leave up President Trump’s inflammatory posts were “significant setbacks for civil rights.”
The 89-page audit put Facebook in an awkward position as the presidential campaign heats up. The report gave fuel to the company’s detractors, who said the site had allowed hate speech and misinformation to flourish. The audit also placed the social network in the spotlight for an issue it had worked hard to avoid since the 2016 election: That it may once again be negatively influencing American voters.

Research reflects how AI sees through the looking glass

Drake Viciously Trolled Online For His ‘Ugly’ Back Tattoos

Walt Disney and the Chinese State