US shatters its record for new coronavirus cases: Live updates

Here are the latest updates.

An official with the US Centers for Disease Control and Prevention said the most recent count shows 342 US children and teens have developed a serious inflammatory condition linked to COVID-19 infections.

Dr Ermias Belay told physicians that among US cases reported as of July 15, the average age was 8 and most were in children aged 1 to 14.

That figures show that 40 percent of cases were in Latino kids and 35 percent were in Black children. One in four affected children were put on ventilators, but deaths have been rare.

The US Centers for Disease Control and Prevention extended a ban on cruise ships through the end September as coronavirus infections rose across the country, including in the state of Florida.

The no-sail order had been scheduled to expire on July 24.

02:55 GMT – US notches yet another record for new cases

The US reported 68,428 new infections in the past 24 hours, according to a tally by Johns Hopkins University, setting yet another record for single-day rise in coronavirus cases.

Meanwhile, a Reuters tally showed 70,000 new cases in the past 24 hours, while the New York Times said its tally showed more than 75,000 infections in the same period.

Canada’s federal government will give the 13 provinces and territories more than C$ 19bn ($ 14bn) to help pay for the costs of restarting the economy after several months of COVID-19 pandemic lockdowns, Prime Minister Justin Trudeau said.

The cash is meant to cover extraordinary costs over the coming six to eight months, Trudeau said in a news conference, and will take care of “the kinds of things that actually really matter to Canadians,” including preparing for a possible “second wave” of contagion.

New York City will not open malls and museums on Monday even if the city is allowed to move into the next phase of reopening, Governor Andrew Cuomo said, promising more crackdowns on bars and restaurants.

Cuomo said New York City is on track to move to the fourth phase of his gradual reopening plan, but said his administration will review the latest infection data and decide by 4pm local time on Friday. The rest of the state is in Phase 4, which typically permits opening malls and certain arts and entertainment centers and restarting professional sports games without fans.

But Cuomo said no “additional indoor activity” will open in New York in the fourth phase because of concerns about the spread of the coronavirus indoors. Cuomo has not allowed New York City to open up indoor dining, unlike the rest of the state. 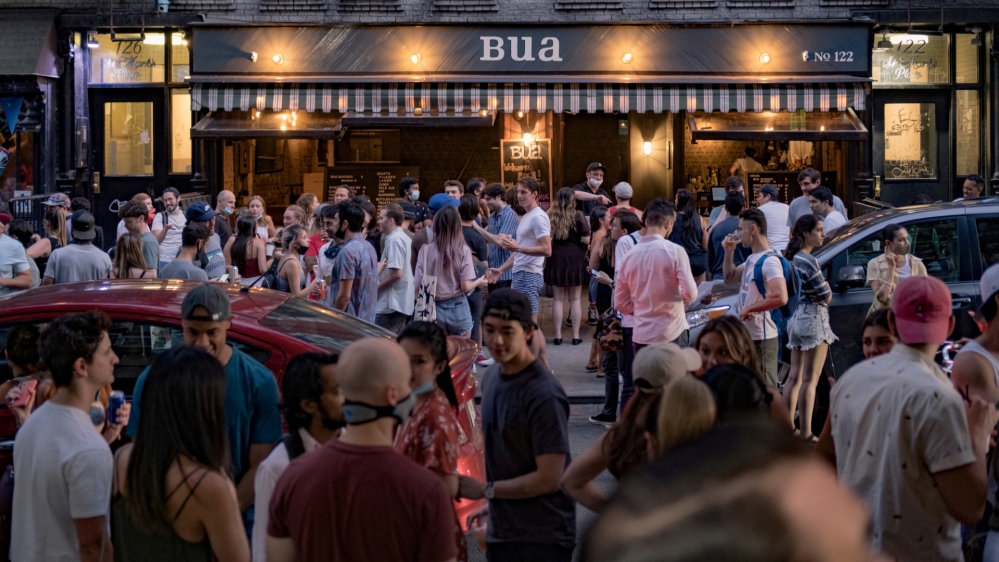 People drink outside a bar during the reopening phase of COVID-19 outbreak in the East Village neighborhood in New York City, US [Jeenah Moon/Reuters]

“You see the inside, interior spaces, air-conditioned spaces, where the virus is tending to spread,” Cuomo said in a Thursday conference call with reporters. “So we’re going to take that precaution in New York City.”

Algeria is planning a law to protect health workers after an increase in “physical and verbal attacks” since the country’s coronavirus outbreak began, Prime Minister Abdelmadjid Tebboune’s office has announced.

The incidents have also in some cases involved “acts of damage and destruction of public assets and medical equipment,” Tebboune’s office said in a statement.

British Prime Minister Boris Johnson is to pour three billion pounds ($ 3.77bn) into England’s National Health Service (NHS) to try to ward off any resurgence of the coronavirus.

“The Prime Minister is clear that now is not the time for complacency, and we must make sure our NHS is battle ready for winter,” a spokesman said before a news conference by Johnson on Friday afternoon.

The UK is the worst-affected country in Europe by COVID-19 with a death toll from confirmed cases of more than 45,000. 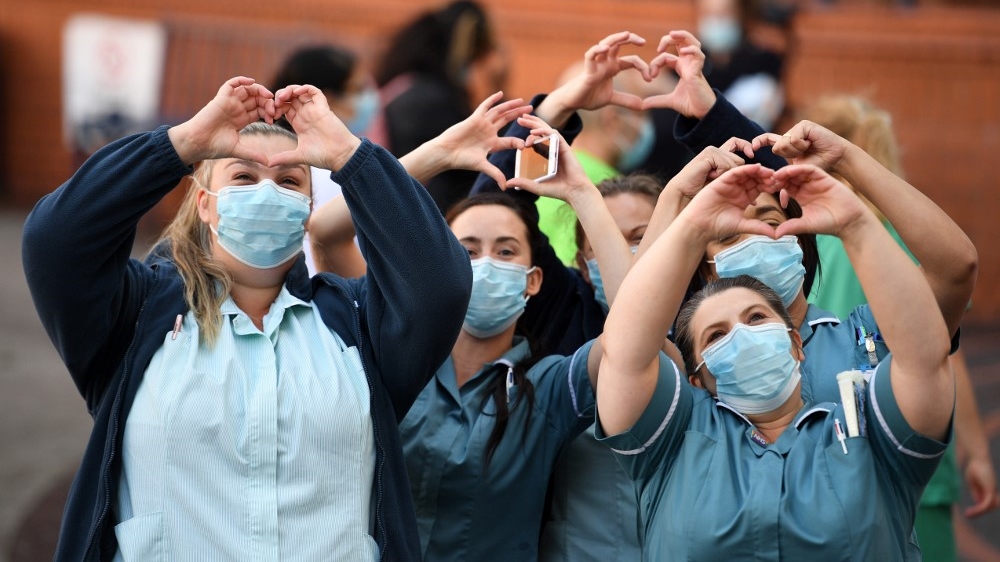 Staff at the Leeds General Infirmary participate in a national NHS celebration clap in Leeds on July 5, 2020 [Oli Scarff/ AFP]

Brazil has passed the two million confirmed coronavirus cases mark, with little sign that the rate of increase is slowing as anger grows over President Jair Bolsonaro’s handling of the outbreak.

In recent weeks, there have been nearly 40,000 confirmed new cases a day, according to government figures, and it took just 27 days for Brazil’s total caseload to rise from one million to two million cases.

Experts blame denial of the virus’s deadly potential by Bolsonaro and lack of national coordination combined with scattershot responses by city and state governments, with some reopening earlier than health experts recommended.

The United Nations increased its humanitarian appeal by more than a third to $ 10.3bn to help 63 states, mainly in Africa and Latin America, tackle the spread and destabilising effects of the coronavirus. This is up from the world body’s initial two-billion-dollar request in March, then $ 6.7bn in May.

As finance ministers from the Group of 20 major economies prepare to meet virtually on Saturday, Lowcock told reporters: “The message to the G20 is step up now or pay the price later.”

“The response so far of wealthy nations, who’ve rightly thrown out the fiscal and monetary rule books to protect their own people and economies, the response that they’ve made to the situations in other countries has been grossly inadequate and that’s dangerously shortsighted.”

You can find all the key developments from yesterday, July 16, here.

Market Extra: China’s stock market just jumped 6%. This is a good thing and…