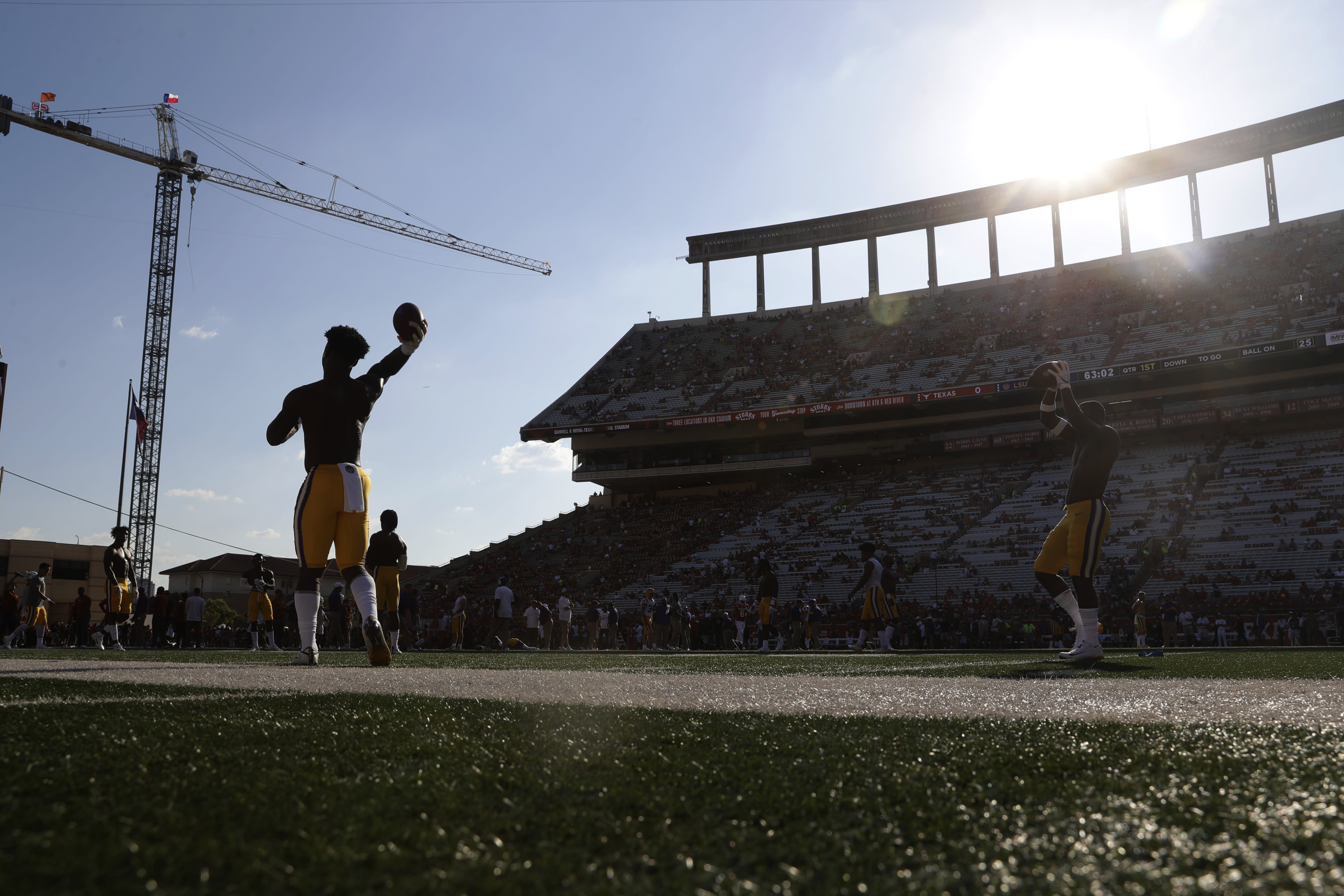 SEC commissioner Greg Sankey has a Microsoft Word document on his computer with an exhaustive list of sporting events that will occur before the start of the college football season.

It’s labeled, “TIMELINE OF EVENTS,” and has everything from NASCAR races to the start of NFL training camp to the Major League Baseball schedule. Sankey has even joked that he has surpassed his lifetime television consumption of the MLS to track that league during the pandemic.

There has been a built-in voyeuristic tactic to how college football has plodded ahead while attempting to hold a season. With American professional sports sprinting back into action, it gave college sports leaders like Sankey a chance to study what unfolded for those sports.

On Monday, ESPN broke news that felt like it could be a tipping point for sports pushing forward outside a bubble in America during this pandemic. The Miami Marlins, according to ESPN’s Jeff Passan, have 11 players and two coaches who’ve tested positive for COVID-19. Not surprisingly, their home opener Monday has been canceled, as has the Yankees-Phillies game in Philadelphia, where the Marlins played this weekend.

It leaves college administrators and coaches wondering whether this marks the beginning of the line of demarcation between bubbled and non-bubbled sporting ventures in 2020. While the NBA has taken off relatively smoothly and the NHL appears prepared to operate in its bubble, the Marlins outbreak casts a shroud of skepticism about sporting life outside a bubble. (Yes, that list includes the NFL.)

“If baseball can’t get it done now, how is our sport going to get it done?” a Power Five coach told Yahoo Sports on Monday. “If Major League Baseball can’t play and they are socially distanced, how is football going to play?”

Perhaps the Marlins’ COVID-19 outbreak is a sign of what professional sports are going to look like outside a bubble in 2020 – perilous day-to-day, subject to persistent disruption and destined to be filled with anonymous D-list fill-ins.

College football hasn’t even operated its first padded practice amid this pandemic, and hundreds of thousands of students have yet to join the football players doing conditioning work on campus. But a professional sports league that college administrators are tracking closely is already facing a season of disruption.

“If we are advised that it is OK to play the [football] season, we should all expect that there will be such disruptions,” Big 12 commissioner Bob Bowlsby told the Des Moines Register on Monday morning.

The line among the college administrators bullish on attempting to play the season is that we have to be comfortable with the uncomfortable. Essentially, we have to be able to accept large outbreaks on teams, canceled games and shuffled schedules as part of the sacrifice for navigating a season in unprecedented times. Health risks are going to be inherent to football on fall Saturdays.

Saying that on Zoom meetings and watching that play out in reality are two drastically different things, of course. This is how one Power Five AD responded to the Marlins news on Monday: “They may force us to pull the plug on all our respective seasons before they start,” the AD said, referencing the news from pro sports. “Or give us a pathway forward with how they recover. That’s the benefit of us not starting right now. The sequence was always going to help us.”

The Marlins and MLB are being castigated today for their mishandling of this situation, as the start of the outbreak reportedly was known and the team decided to play anyway on Sunday. (The Philadelphia Inquirer reported that the team discussed it and decided to play, a dizzying detail that’s harder to digest that a half-dozen gas station hot dogs).

This has left MLB getting torched for commissioner Rob Manfred’s inability to build consensus to play in a bubble. MLB’s own website and TV network are soft-pedaling the story, throwing gasoline on a dumpster fire day for the sport.

So what can college sports learn from this? For college football, more waiting will likely lead to more outbreaks. Both Michigan State and Rutgers had to shut down workouts this week, two more ominous omens for a sport. What will the NFL look like operating outside a bubble? Let’s just say that the pro personnel directors scouring the waiver wires will be the administrative MVPs of the league.

“It’s a microcosm of the re-openings we’ve had across the country,” the Power Five coach said of the struggles in MLB and elsewhere in sports. “The virus doesn’t care who you are. If you don’t do the right things, it’s going to catch up to you.”

For college basketball, the leaders around the sport better huddle up and start finding bubbled solutions for the season. While it’s too early to declare them necessary, it’d be irresponsible to not start looking. NCAA vice president Dan Gavitt is a lifetime basketball guy whose smarts and creativity have gotten him to one of the most powerful positions in the sport. Today should be a sobering reminder that he can’t get caught flat-footed here, wishing the virus should go away. Can the NCAA tournament be feasibly bubbled in 2021? It’s a question worth asking.

College football’s only seismic proactive choice remaining is to move the sport to the spring. Leaders aren’t there yet, but the past few days have picked up the drumbeat of conversation.

For now, college leaders will continue to be voyeurs of American sport. In the spring, the shuttering of the NBA from the virus led to a chain reaction in the college space. Don’t be surprised if pro sports dominoes again help college administrators make difficult decisions for the fall season.

Cuomo: If You’re Focused on the Violence, You Do It for a ‘Bad Reason’

Henderson on UCLA on EconTalk

As the U.S. withdraws from Afghanistan, the Taliban advance is accelerating

Cyclopropenylidene Detected in Atmosphere of Titan

What each G-20 leader has said about Trump — and Biden