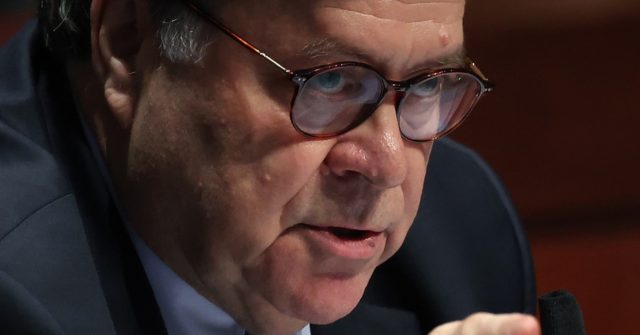 Attorney General William Barr called out Democrats on Tuesday during a House Judiciary Committee hearing for failing to condemn mob violence and attacks on the Mark O. Hatfield U.S. Courthouse in Portland, Oregon in recent weeks.

“What makes me concerned for the country is [that] this is the first time in my memory that the leaders of one of our great two political parties, the Democratic Party, are not coming out and condemning mob violence and the attack on federal courts,” Barr said.

“Why can’t we just say: ‘Violence against federal courts has to stop?’ Could we hear something like that?”

Barr was testifying about the federal law enforcement response to protect the courthouse, which has been vandalized and firebombs by what Democrats, including former Vice President Joe Biden, have called “peaceful protesters.”

Those “protesters” have also attacked the federal officials defending the building.

Committee Chairman Rep. Jerry Nadler (D-NY), who claimed on Sunday that the violence was a “myth,” did not respond by condemning the violence, but adjourned the hearing for a five-minute hearing instead.

Jayapal interjected to complain about the way Lesko had pronounced her name, but not to contest Lesko’s summary of her views.

See Mercury and Venus in the predawn sky this week

The Margin: Dwayne ‘The Rock’ Johnson stirs up a social-media storm with his…

What should I ask Claudia Goldin?

How to Use Memoji Stickers on iPhone and iPad