Watch: Douglas Murray – ‘America Has All the Bases Set for Civil War’ 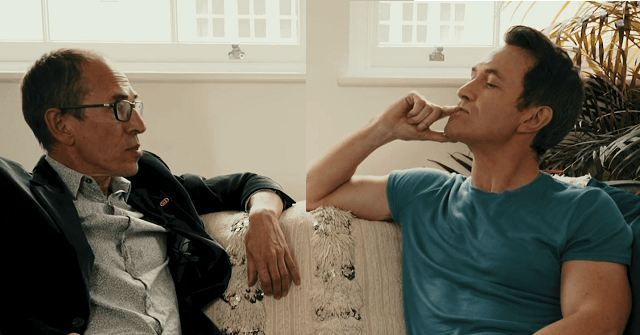 ‘America has all the bases set for civil war,’ says author Douglas Murray. Those radicals seeking to destroy the U.S. from within should be careful what they wish for: if they think the Anglo-American hegemony was bad, they’re going to have a ‘hell of a time’ when they discover what the Chinese hegemony looks like.

This is why, Murray argues, it is so important that the U.S. ‘pulls back from the brink’, votes for Donald Trump, and dials down the radicalism that has left America more bitterly divided — and endangered — that at any time since the 1860s.

America is facing a foundational question which is that one portion of the country likes what it has been, thinks that it is broadly a force for good in the world, reveres the founding fathers and the Constitution and would like to stick with this.

Another portion of the country believes the country should be regarded as having been founded when the first slaves were brought to the continent, that the the founding fathers were merely slave owners, that all the land is stolen, that Columbus would have been better had he not set out and that everything since has been racism and evil.

That’s how you get a civil war. Two totally different views of history.

I sincerely hope we step back from this brink if for no other reason than that geopolitically this is a nightmare. Even if you think there’s nothing good in America, the era of Anglo American hegemony, if you didn’t like that you’re going to have a hell of a time when you discover what the era of Chinese hegemony is going to look like.”

James Delingpole is the host of the Delingpod podcast. You can view the rest of his Douglas Murray interview here.

When will a Watson trade happen?

Horse tranquilizer emerges as new and deadly street drug in US

A brisk walk could undo the damage caused by poor sleep in insomniacs, new study…

I dont want to be taken advantage of: My boyfriend moved in during the pandemic and…

Gulf Stream could be veering toward irreversible collapse, a new analysis warns

The Theory and Practice of Oligarchical Collectivism Book Club, Part 1

Samsung homepage mentions January 6 event, could it be the Galaxy S21?

NFL Will No Longer Use Race-Norming,’ Will Review Claims for Potential Racial…

11 Places to Visit in Denmark (That Aren’t Copenhagen)