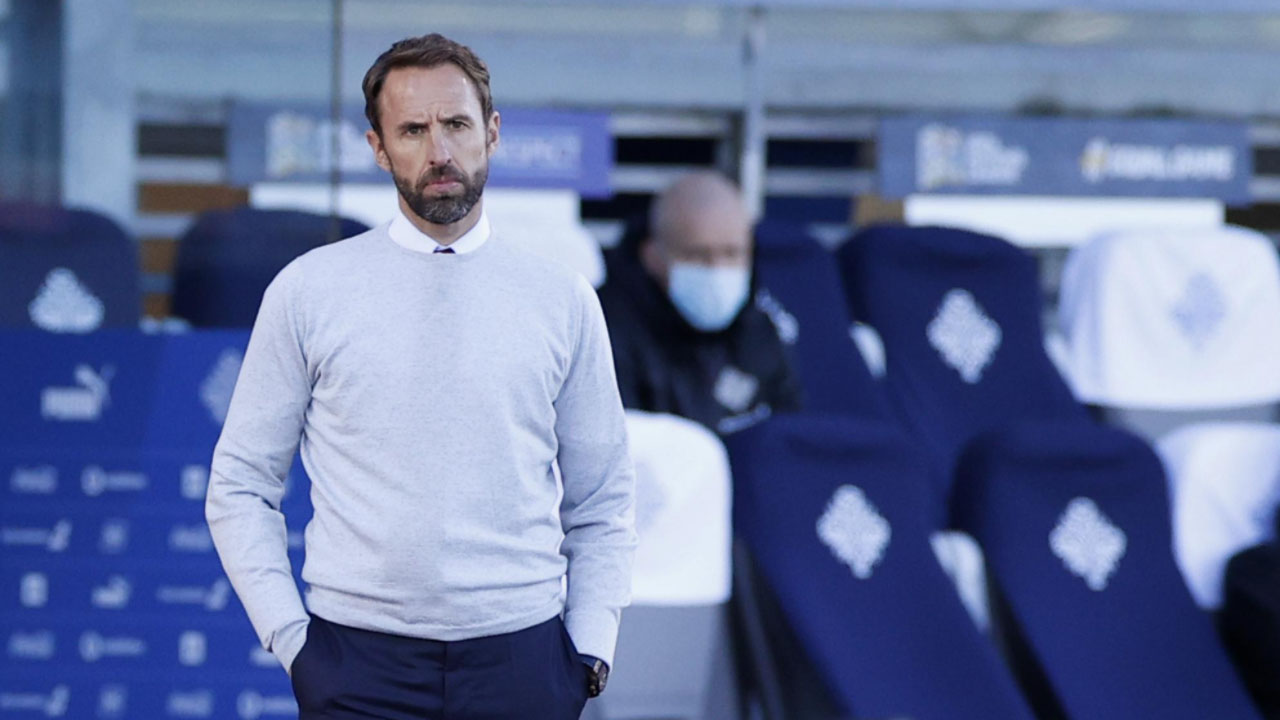 England manager Gareth Southgate said Nations League matches should not have gone ahead during pre-season for most major European leagues after his side laboured to a 0-0 draw away to Denmark on Tuesday.

Southgate’s squad was hit by a raft of injuries and off-field problems after Phil Foden and Mason Greenwood were sent home on Monday after breaching coronavirus protocols following Saturday’s 1-0 victory in Iceland.

The pair reportedly invited girls back to the team hotel in Reykjavík in what Southgate described as “unacceptable” and “puzzling” behaviour, which would have resulted in being dismissed from the squad even if infection from coronavirus had not been a risk.

Without Foden and Greenwood to choose from, Southgate’s options were limited as he experimented with a 3-4-3 formation that struggled to get the best out of the front three of Harry Kane, Raheem Sterling and Jadon Sancho.

However, it was a lack of match fitness with the Premier League not starting until this weekend that he pointed to as the reason for such a sharp contrast between England’s performances over the past week and their free-scoring form in qualifying for Euro 2020 prior to the coronavirus shutdown.

“I’m really pleased with what the players who are here have given. We take four points, everybody would like six, but it is in our hands now for the games at Wembley.”

Denmark were comfortably beaten 2-0 by Belgium in their Nations League opener at the weekend, but it was the hosts who came closest to opening the scoring before half-time.

A neat turn from Christian Eriksen put Kasper Dohlberg in on goal, but the Nice striker’s shot was well-saved by Jordan Pickford at the near post.

England improved markedly after the break once Mason Mount was introduced to rebalance the midfield, but clear chances were still few and far between as Kane headed over Kieran Trippier’s cross before Kasper Schmeichel turned behind Sterling’s low shot.

The best opportunities to break the deadlock for both sides came in the final 10 minutes as firstly Eriksen blazed over from Yussuf Poulsen’s cushioned header.

At the other end, his former Tottenham teammate Kane thought he had notched the winner deep in stoppage time as he rounded Schmeichel and fired goalwards only for Mathias Jorgensen to make a brilliant goal-line clearance.

Belgium’s 5-1 win over Iceland in Brussels moves them to the top of League A Group 2 ahead of their trip to England next month.

And Southgate added that Foden and Greenwood would need to earn back his trust before he could consider them available for selection with the national team.

“They know what has happened is unacceptable,” said Southgate. “They need to understand the expectations of being an England player.

“We need to build trust but you’ve got to help young people get back on their feet.”

Recipe video: How to make the Shangri-La’s signature negroni cocktail

Government signs peace accord with 5 insurgent groups of Assam

Use This Pyramid Framework to Effectively Manage Hybrid Teams

How to Add Contacts to Favorites on iPhone

Time’s Up! Helps Make Any Countdown Much More Fun For Kids

The 149th Open: Shane Lowry, Ian Poulter and Sky Scope technology among the best of…