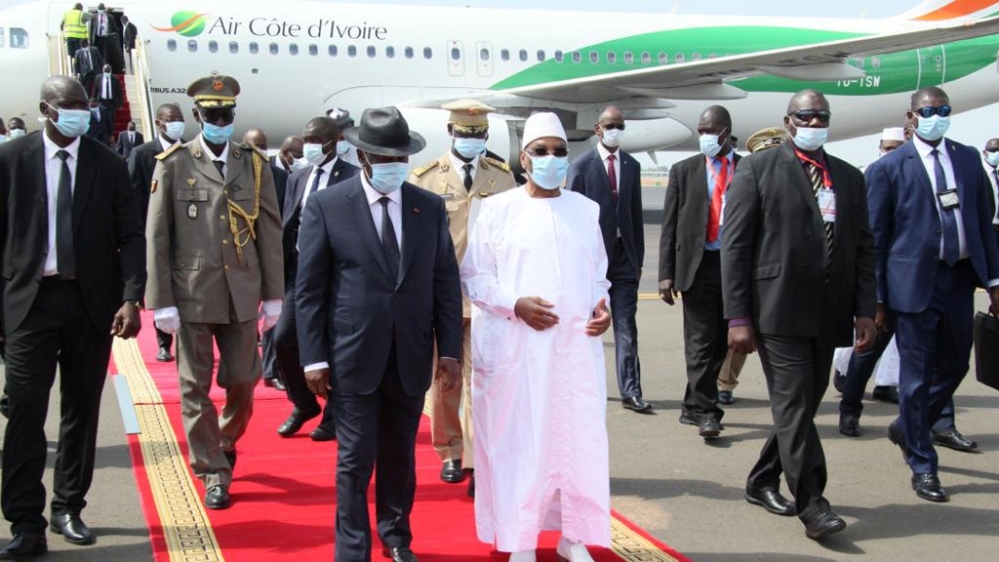 West African leaders have called for the swift creation of a unity government in Mali and a fresh vote after disputed elections, but warned of sanctions against those opposing efforts to end the country’s crisis.

In a statement issued after a video conference on Monday, heads of the 15-nation regional bloc ECOWAS stood by Ibrahim Boubacar Keita but called for a unity government to be “established rapidly” and urged the opposition to join it.

Addressing demands by protesters that Keita quit, the bloc said the country’s democratic constitution had to be respected and asked an ECOWAS commission “to consider sanctions against all those who act contrary to the normalisation process of the crisis”. The bloc called for its plan to be implemented within 10 days.

The M5-RFP opposition coalition that has spearheaded anti-Keita protests was unimpressed by the proposals.

“We take note, but we really believe that this is not the will of the people, it is not what we expect,” said coalition spokesman Nouhoum Togo, who said it was in the process of reviewing the recommendations.

Manu Lukunze, a teaching fellow at University of Aberdeen, said there is no guarantee the regional bloc’s proposal will be accepted by all opposition parties.

“There is a small chance this plan might work. Some of the opposition groups I spoke to today are saying perhaps if they are given a substantive position in the government they will consider the proposal.” Lukunze told Al Jazeera.

Anti-Keita protests on July 10 spiralled into clashes, leaving 11 dead in the worst bout of political unrest Mali has seen in years.

Keita has been in power since 2013, winning elections in which he posed as a national saviour in the face of a regional rebellion.

Since then, the country’s problems have escalated, with anti-government demonstrators voicing their anger in recent weeks.

The 75-year-old president is dogged by rising insecurity, a deep economic crisis and accusations that the outcome of long-delayed legislative elections, held in March and April, was skewed.

Last month, a coalition of various groups came together behind the figurehead of Mahmoud Dicko, an imam who has long been a scourge of Keita’s government.

Successive protests by the opposition June 5 Movement have rattled Keita’s grip, stirring fears among neighbours that the notoriously volatile state could spiral into chaos.

The ECOWAS plan recommended that 31 members of parliament whose elections were contested should step down and that by-elections be held. It also called for the creation of a government of national unity that would include members of opposition and said there should be an inquiry into the deaths earlier this month.

Visteon to cut jobs as part of $40M restructuring plan

Catastrophic End-Cretaceous Extinction Was Not Dramatic for Sharks, Study Shows |…

Massive Bill Aims to Keep U.S. Innovation Ahead of China’s

Last-gasp Caicedo grabs a point for Lazio against Juventus