What if Troy Aikman had been a Packer? 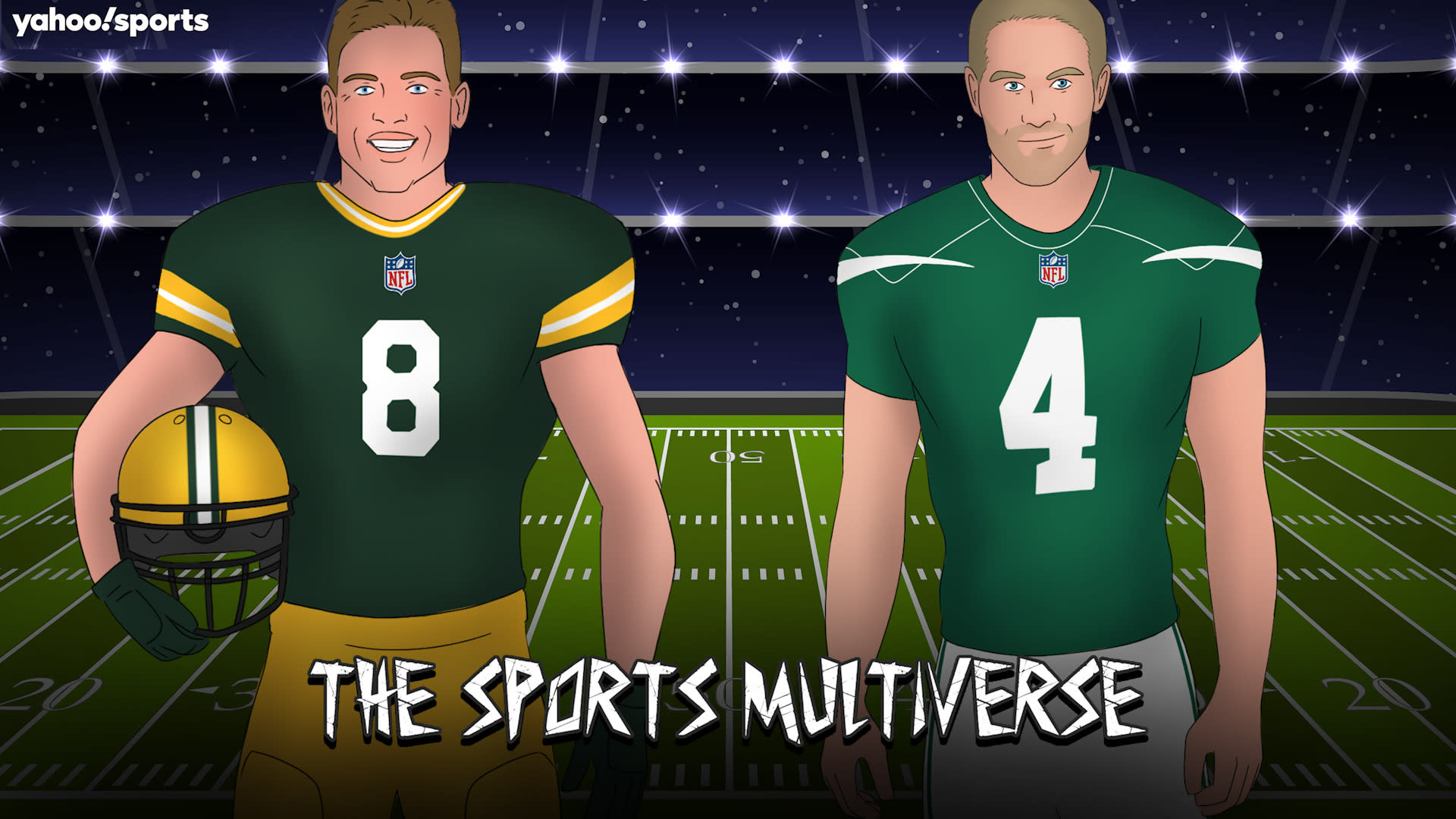 All the 1988 Green Bay Packers had to do was lose. Then Green Bay would have had Troy Aikman.

The 1988 Packers were very good at losing. They were 2-12 after 14 games. Had they lost either of their last two games, they’d have had the top pick in the 1989 NFL draft. Aikman was the Packers’ preferred choice.

When you hear something about it being a bad idea for NFL teams to tank, consider this story.

The Packers, just needing to lose to the 11-5 Minnesota Vikings or at the 7-9 Phoenix Cardinals, won out. The Dallas Cowboys, gifted the first pick, took Aikman, who started in three Super Bowl wins and made the Hall of Fame. The Packers picked second and took offensive tackle Tony Mandarich, perhaps the biggest bust in draft history.

Just think how NFL history would have been different had Perry Kemp, Larry Mason, Ron Pitts and the rest of the 1988 Packers hadn’t sprung to life in the final two games of the season.

Multiple Cowboys titles and a Hall of Fame nod for … Steve Beuerlein?

Let’s get to the Cowboys’ side of things, because we know the Packers ended up OK thanks to a trade for a quarterback from Mississippi a few years later.

The Packers were going to draft Aikman if they got the first pick, according to an Associated Press story from December of 1988.

“For the good of this franchise a quarterback like Aikman is essential,” Packers vice president Tom Braatz, who directed the team’s football operations, said in 1988.

“There was another name being bandied about, and it wasn’t Deion or Barry Sanders, or Derrick Thomas,” Brandt wrote.

No matter what happened with Mandarich and despite steroid rumors at the time, he was considered an elite prospect (“He may be the best offensive tackle ever,” Michigan State coach George Perles said in a famous Sports Illustrated article about Mandarich before the draft). The Cowboys would have been the team saddled with the ignominy of drafting one of the biggest busts ever, not the Packers.

In 1989 the Cowboys made the unusual move of picking Aikman and also University of Miami quarterback Steve Walsh in the first round of the supplemental draft. Walsh lasted a long time in the NFL but was clearly not a top-end quarterback. Steve Beuerlein started games in 1991 when Aikman was hurt and did well. Beuerlein started a playoff game over a mostly-healthy Aikman, starting a controversy. In a Cowboys world without Aikman, you can imagine Beuerlein keeping the job in 1992 and beyond.

Beuerlein was good, leading the NFL in passing yards in 1999 with the Carolina Panthers at age 34, but it’s hard to argue he was on Aikman’s level. Would the Cowboys have won three titles in four years with Walsh or Beuerlein, like Aikman did? An argument can be made that a ridiculously loaded roster would have elevated their play — it’s hard to argue it didn’t help Aikman — so perhaps. In some alternate universe, maybe Beuerlein — who spent most of his career as a backup hoping for a chance to be a full-time starter — guides three championships and is in the Hall of Fame. Voters love quarterbacks with rings, after all.

But it seems unlikely Dallas would have had the same success. The Cowboys should be grateful for those 1988 Packers.

A different career for Troy Aikman, maybe without Fox and Joe Buck?

If you’re not a fan of Troy Aikman in the Fox broadcast booth, well, maybe you can blame the 1988 Packers.

Winning three championships for one of the NFL’s most popular teams, in a huge market, obviously helped Aikman land a high-profile broadcasting job. Playing in Green Bay doesn’t afford the same opportunities.

And there’s no guarantee Aikman would have won anything in Green Bay. Failures in 1990 and 1991, without any real hope at quarterback, led to drastic and positive changes in the organization starting in 1992 (we’re getting there). As good as the mid-1990s Packers were, they weren’t as deep as Aikman’s Cowboys. And the California kid had already expressed a desire to avoid the cold Wisconsin weather. Landing in Dallas was a much better situation for him.

For better or worse, it’s clear Aikman’s career isn’t the same if he goes to Green Bay. Maybe that would have meant a different broadcast partner for Joe Buck, too. Perhaps it would have been Cris Collinsworth, who was part of a three-man booth with Aikman and Buck in 2002 when Aikman was promoted to Fox’s No. 1 team. That would likely mean someone different for NBC’s “Sunday Night Football,” assuming Collinsworth wouldn’t leave Fox’s No. 1 job for NBC.

Ron Wolf, a Hall of Fame general manager, was hired in late 1991. He hired Mike Holmgren as head coach and made a bold trade, sending a first-round pick in 1992 to the Atlanta Falcons for 1991 second-round pick Brett Favre. Wolf would have been destroyed for that trade today. It worked out pretty well.

In 1993, the Packers shocked the NFL world by landing free-agent defensive end Reggie White. The Packers’ large contract offer was likely the deciding factor, but White expressed at the time that he knew Favre was special. Maybe White makes the same decision if Aikman is Green Bay’s quarterback, but we don’t know.

Favre revitalized the Packers franchise. He won three MVPs and Super Bowl XXXI. Had Aikman been the Packers’ quarterback, they likely would not have been as bad in 1990 and 1991. In each of those seasons, Packers quarterbacks threw more interceptions than touchdowns. Maybe they don’t swing big on Wolf, Holmgren never comes, and even if those things happen it’s almost impossible to believe Wolf would trade a 1992 first-round pick for Favre when he had a 25-year-old Aikman.

Mike Holmgren and Brett Favre helped transform the Packers franchise. Would the same have happened with Troy Aikman and a different coach? (Reuters archive photo)

Getting Mandarich instead of Aikman seems like the worst consolation prize in NFL history, but the Packers probably wouldn’t change a thing.

MVPs for Favre in Atlanta … or with the Jets?

That does lead us down a Favre rabbit hole, however.

The Falcons were well aware of Favre’s partying as a rookie and not pleased with it. But it seems crazy to think any other team would have offered a first-round pick for a quarterback whose NFL line was 0-for-4 with two interceptions. So then what?

An Atlanta Journal-Constitution story from 2015 quoted Jerry Glanville, Favre’s coach with the Falcons, as saying the Jets were also interested in Favre. Who was the Jets’ personnel director in 1990 and 1991, before being hired as a GM in Green Bay? Ron Wolf. Maybe the Jets would have been the team to take the Favre gamble, which might have eliminated years of quarterback angst. Then again, New York wouldn’t have been the best place for the hard-living Favre at that point. And the Jets did draft Browning Nagle early in the second round of the 1991 draft, one pick after Favre, and didn’t yet know he wasn’t an NFL starting-caliber quarterback.

If the Jets didn’t make the deal, maybe the Falcons would have been stuck with Favre. Oft-injured Chris Miller was the Falcons’ quarterback in 1992, and he missed eight games that year. Presumably Favre would have gotten a shot in Atlanta, like he did in Green Bay after Majkowski’s injury. But Holmgren was a perfect coach for Favre and Glanville didn’t like him at the time, so we should be wary of copying Favre’s Green Bay career to Atlanta. Still, it’s a tough one for Falcons fans to accept.

“I was a rookie quarterback making a lot of money and I wasn’t playing, so I enjoyed the free time and the money,” Favre told the AJC. “But if I had stayed there, who knows what would’ve happened.’’

There’s also an alternate history for Aaron Rodgers too. If Favre never makes it to the Packers, history changes for better or worse. Different coaching staffs, different front offices, different draft position in 2005 and likely a different Packers quarterback then too. Maybe the Packers still take Rodgers in the first round and he has a great career in Green Bay, but we can’t be sure about that. It’s at least possible — in just one of a million hypotheticals — the Packers would have been bad in 2003 with Aikman retired, drafted before the Pittsburgh Steelers in 2004 and taken Ben Roethlisberger. Then Rodgers goes somewhere else the next year. At the very least, we wouldn’t have had the Favre-Rodgers drama in Green Bay.

Had the result of one game between two losing teams at Sun Devil Stadium on Dec. 18, 1988, been different, it would have set in motion countless changes in NFL history. The Packers, Cowboys, Brett Favre, Troy Aikman, Ron Wolf, Mike Holmgren and many others are OK with it. Steve Beuerlein isn’t so thrilled.

The Challenges Of Holding An Election During A Pandemic

NewsWatch: Companies are now issuing more stock than they did at top of the internet…

WATCH: Canadian Medical Official Warns Against Mass COVID-19 Testing, “It Will Not…

Israel may be headed for new elections — again

Venezuela pardons dozens of opposition politicians ahead of polls

What COVID-19 Revealed About Emergency Funds