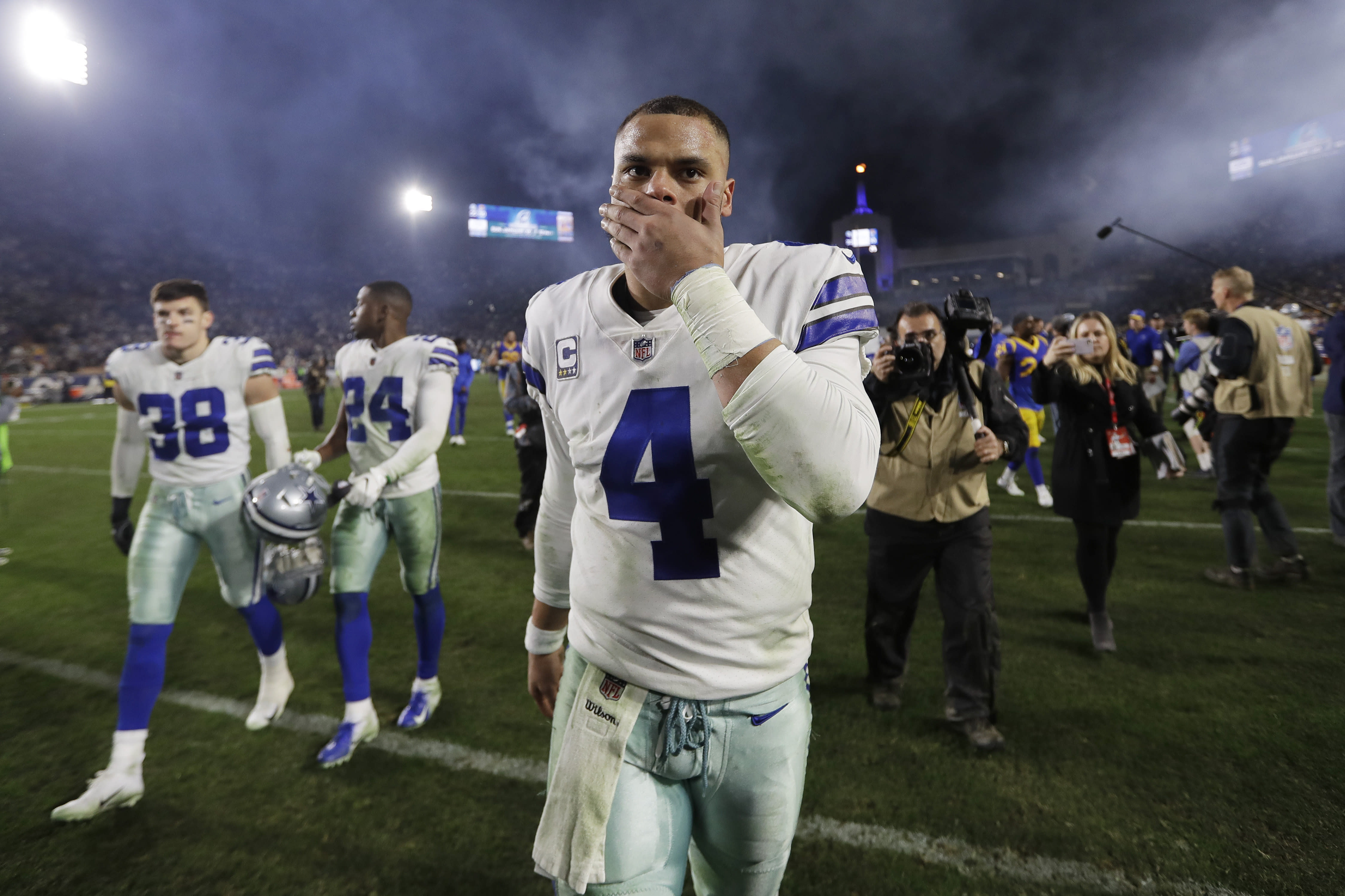 If you don’t know it by now, let’s make it clear one last time: this is where the impasse started. And it was only going to be broken by someone surrendering something of significant value. Dallas wanted a discount and control. Prescott wasn’t giving up both. Eventually, the math was the only language that mattered — and Dallas let that math get way outside of its comfort zone.

2 mistakes Cowboys made in dealing with Dak Prescott

The second thing Dallas failed to grasp was if Prescott didn’t get a deal pacing his value ahead of extensions for Wentz and Goff, he was going to bet on himself all the way to free agency, even if that meant going year-to-year through the 2022 season. Essentially, once Prescott went into 2019 without a deal, the only chance Dallas was going to have at a discount was going to be if Prescott fell flat on his face. And when he didn’t in the first three games of 2019, his camp knew the price was going up as the season progressed. That’s what happened, widening the problems between the two sides.

How Dallas, Dak could break up

China To Reopen Cinemas Next Week As Coronavirus Cases Fall

The Two-Front War on Techtopia

How to Travel Safely During COVID-19

5.4 million people have lost health insurance and the official GOP position is still…

Virus Surging In Poor Countries and the United States