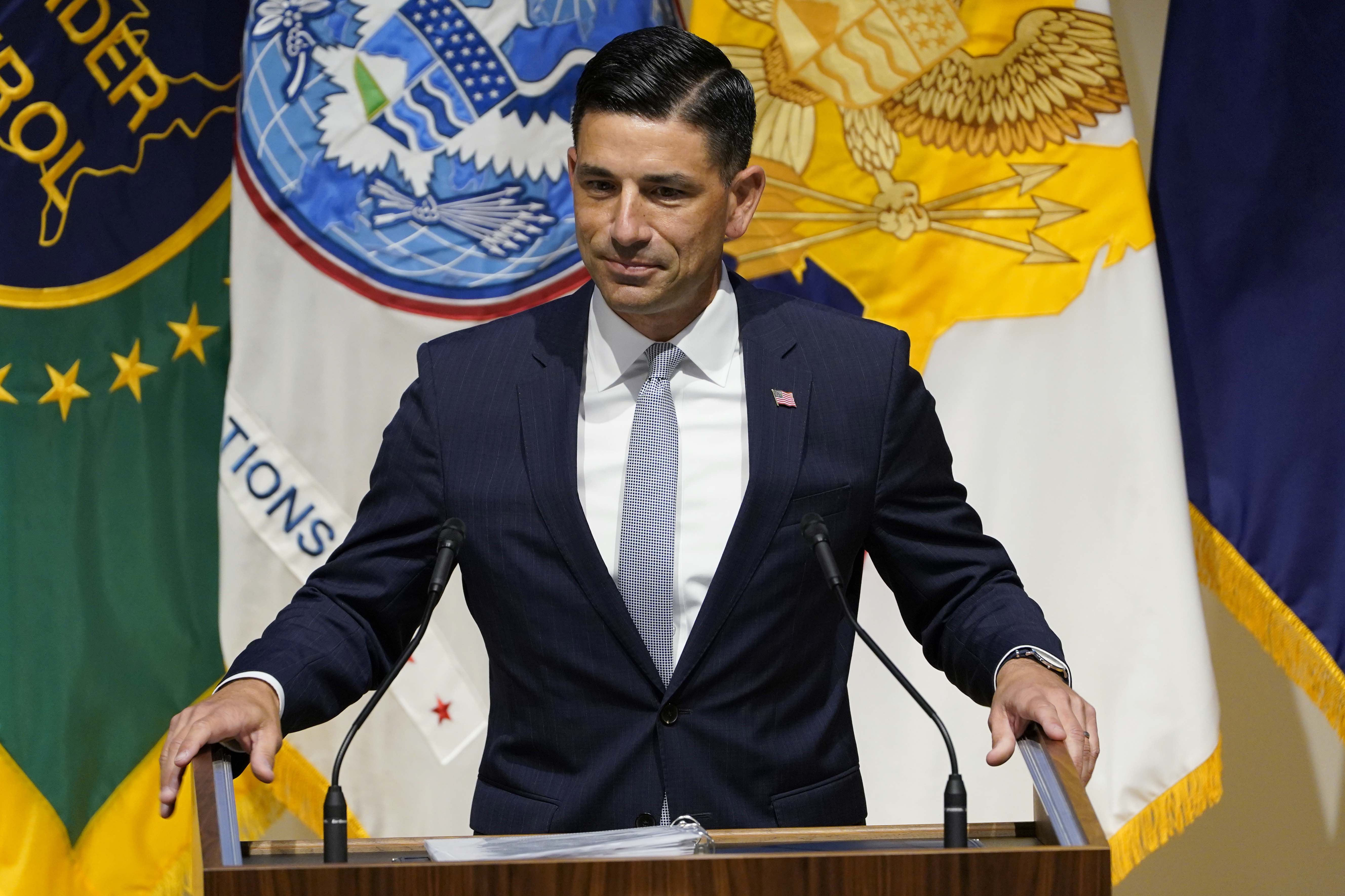 Top Trump appointees at the Department of Homeland Security repeatedly sought to censor or stop reports on Russian influence activities in the United States, according to a whistleblower report released by the House Intelligence Committee.

The report, filed by DHS official Brian Murphy, alleges that acting Secretary Chad Wolf, his predecessor Kirstjen Nielsen and other senior DHS brass engaged in “a repeated pattern of abuse of authority, attempted censorship of intelligence analysis and improper administration of an intelligence program related to Russian efforts to influence and undermine United States interests.”

That pattern, Murphy alleged, stretched from March 2018 until last month. He claims he was retaliated against by Wolf, who “demoted” him to the role of assistant to the deputy under secretary for the DHS Management Division on Aug. 1.

Murphy, who had previously served as undersecretary for the Office of Intelligence and Analysis, filed the 24-page complaint on Sept. 8, alleging that he was instructed to halt the assessments because they were making “the president look bad.” The report was delivered by Murphy’s attorney, Mark Zaid, to the Intelligence Committee on Tuesday.

The report describes a series of additional alleged abuses and legal violations by current and former leaders, including Nielsen, Wolf and an acting deputy, Ken Cuccinelli.

Intelligence Chairman Adam Schiff (D-Calif.) has asked Murphy to testify on Sept. 21, and the interview is likely to take place in secure House facilities that would permit Murphy to discuss classified details he was unable to include in the public version of his complaint.

In his complaint, Murphy claimed he was instructed by Wolf to stop reporting on Russian activities altogether and “instead start reporting on interference activities by China and Iran.” Wolf told him that the instructions came from Robert O’Brien, President Donald Trump’s national security adviser, and Murphy pushed back and said he would not comply “as doing so would put the country in substantial and specific danger.”

The claim aligns with concerns expressed recently by national security officials and others briefed on the latest election threat intelligence that the administration is trying to draw attention away from the more acute threat posed by Moscow — which the intelligence community says is trying to boost Trump’s reelection, as it did in 2016.

Democrats have accused top counterintelligence official Bill Evanina and Director of National Intelligence John Ratcliffe of conflating Moscow’s efforts with Beijing’s in order to appease Trump, who has sought to quash any suggestion that Russia’s interference helped him win in 2016. Trump has also frequently sought to portray himself as tougher on China than his Democratic opponent, Joe Biden.

Murphy’s complaint goes beyond issues related to Russia, however.

Among the concerns raised in the complaint: Cuccinelli ordered Murphy to downplay intelligence about white supremacy to make the threat appear “less severe” and play up evidence of “left-wing” violence. A required Homeland Threat Assessment that included sections on white supremacy and Russian influence in the United States was also blocked, Murphy alleged, because of how it might reflect on Trump. And he was asked to modify intelligence assessments “to ensure they matched up with the public comments by President Trump on the subject of ANTIFA and ‘anarchist’ groups,” the complaint says.

Murphy also alleges that DHS leaders purposefully distorted information about the terror threat on the southern border to fit the president’s narrative.

Biden spokesman Andrew Bates called the allegations “disgraceful and dangerous,” adding, “American intelligence must always be used to safeguard our national security and must never be degraded by partisanship and personal self-interest.”

Murphy’s report to Congress follows two previous complaints filed with the DHS inspector general about Nielsen’s congressional testimony in December 2018 and March 2019, according to the complaint, alleging that Nielsen perjured herself in testimony about the number of known and suspected terrorists crossing the southern border.

A Marine Corps veteran, Murphy joined DHS in 2018 from the FBI, where he’d served since 1998 in a variety of roles. The intelligence office he ran at DHS came under scrutiny over the summer for reportedly collecting information on journalists, an allegation he denies in the whistleblower complaint.

“DHS I&A never knowingly or deliberately collected information on journalists, at least as far as Mr. Murphy is aware or ever authorized,” the complaint reads. Still, he says he was demoted by Wolf, who Murphy says knew the claims were false, because it looked good for Wolf politically.

In his complaint, Murphy lays out a detailed timeline of his attempts to raise concerns about improper handling of intelligence related to Russia.

Murphy first raised concerns about pressure on Russia-related intelligence to undersecretary David Glawe in March 2018, returning to him repeatedly until Glawe’s retirement in May 2020. Murphy alleges that after Glawe testified to Congress about Russian interference in the 2016 election, Glawe was summoned to the White House and warned by Nielsen that Trump wanted him fired.

“After that meeting at the White House, Mr. Glawe informed Mr. Murphy that while he [Mr. Glawe] would continue to support him on most matters he [Mr. Murphy] was on his own when it came to election interference assessments,” according to the complaint.

Murphy made similar disclosures in 2018 to then-Deputy Director of National Intelligence Sue Gordon, in 2019 to then-assistant national security adviser Sarah Tinsley and six times earlier this year to acting deputy DNI Kash Patel, according to his complaint. And in mid-April he raised his concerns to Wolf and Cuccinelli, which was followed a month later by Wolf’s admonition to change focus to Iran and China.

Over Half a Million U.S. Kids Infected With COVID

Employee or Freelancer: Which One Do I Need?

G League team begs the question: What if?

Terror Has Faded Since 9/11, But Not Lawlessness & Cruelty

How Partisanship Has Made Some Liberals More Cautious About COVID-19

Milan doubles down on electric buses and orders 100 more

Prof. Sucharit Bhakdi Why Do Not Get Vaccinated or Booster