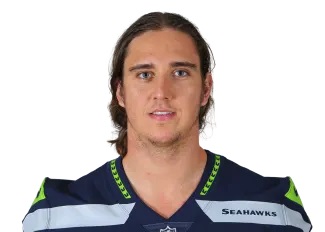 A white professional football player has been arrested and waived from his team after allegations that he strangled his Black girlfriend.

Wheeler, who is currently out on a $ 400,000 bail from King County Correctional Facility, was arrested over the weekend on suspicion of felony domestic violence.

According to a Kent Police report, Wheeler’s girlfriend was attacked by him Friday night after he asked her to stand up and bow to him. After she refused to do so, Wheeler allegedly grabbed her by the neck and threw her on the bed. He then started to strangle her. At one point in time, he pressed one of his hands against his girlfriend’s mouth and nose “trying to stop her from breathing as he continued to strangle her with his other hand.”

Wheeler allegedly grabbed the girlfriend’s left arm at one point and twisted it to prevent her from fighting back. She eventually lost consciousness, and after she came to, Wheeler allegedly said, “Wow you’re alive?” Then his girlfriend locked herself in the bathroom and called family and authorities.

Per police, the victim had “noticeable fingerprints on both sides of her neck as well as capillaries that had burst at the back of her throat.” Her left elbow also was swollen and deformed.

Events happened over the weekend that transpired from a manic episode. I am deeply sorry for the pain and suffering that I have caused to Alleah and her family.

I apologize profusely for the turmoil that I have caused to my family, teammates, fans and those closest to me. The most important thing right now is that Alleah gets the care she needs and I get help. Both are happening.

It is time for me to walk away from football and get the help I need to never again pose a threat to another. I cannot express my sorrow or remorse enough. I am truly ashamed.

His former team, the Seattle Seahawks, released a statement after waiving Wheeler:

“The Seahawks are saddened by the details emerging against Chad Wheeler and strongly condemn domestic violence,” the team said in a statement Wednesday. “Our thoughts and support are with the victim. Chad is a free agent and no longer with the team. If you are experiencing domestic violence, call the National Domestic Violence Hotline at 1-800-799-7233, or go to thehotline.org. All calls are toll-free and confidential. The hotline is available 24/7 in more than 170 languages.”

One AirPod Not Working? Here’s How to Fix Left or Right AirPods Not Working

Indian-Americans Have Powered Economic Growth Of US: Joe Biden

Coronavirus Puts Global Fight Against Tuberculosis At Risk: WHO

As the smartphone market declines, 5G models are set to see continued growth in 2020

Super Typhoon Goni, world’s most powerful storm in four years, smashes into the…

We’re Daily Kos Elections. Of course we have data on New Hampshire’s…

Amazon’s Visionary Founder Jeff Bezos to Step Down as…