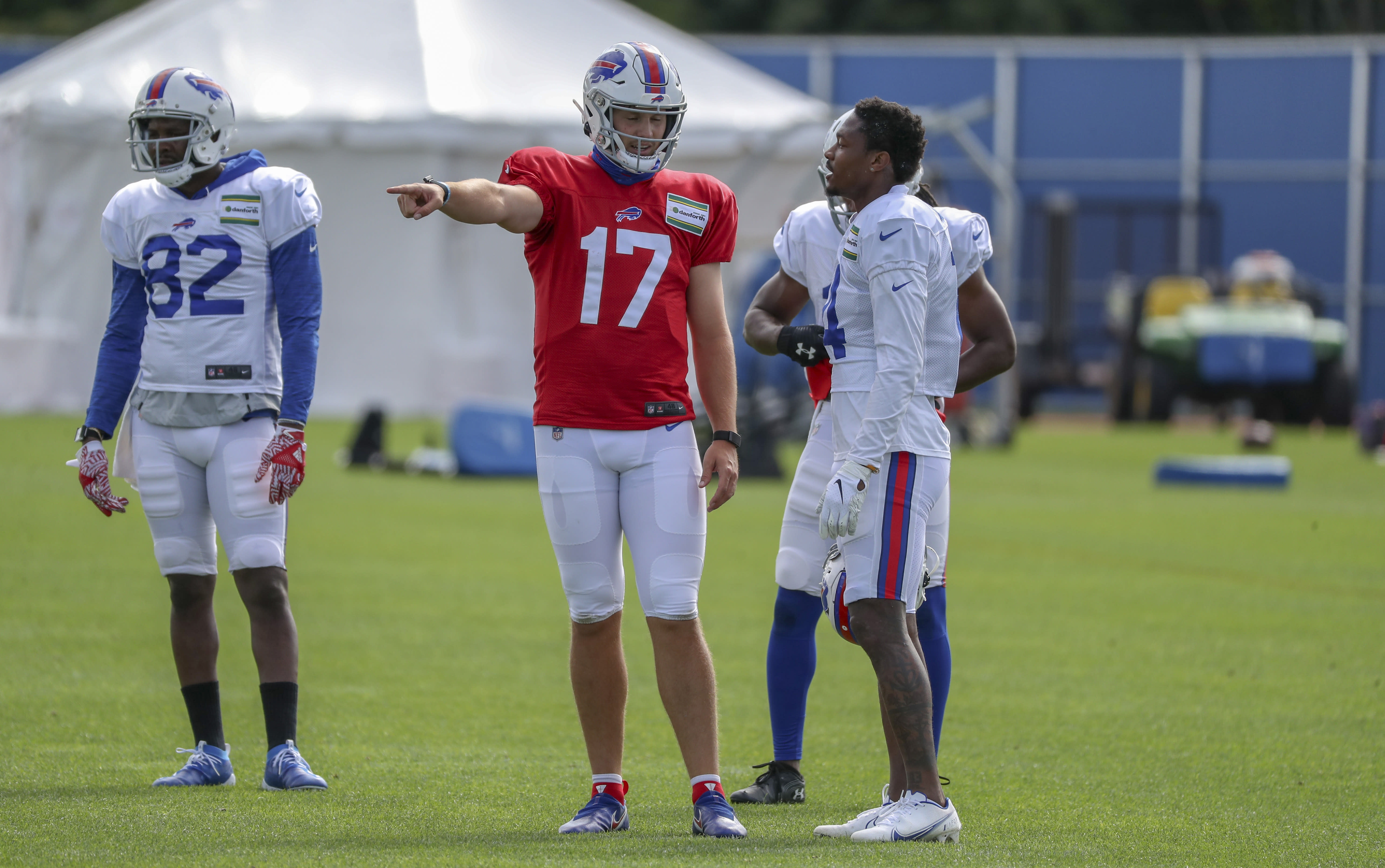 When Buffalo general manager Brandon Beane and a collection of coaches met with Josh Allen for his exit interview in January, the Bills’ braintrust had a list of topics they wanted to broach with their starting quarterback.

They wanted to offer constructive criticism for the 24-year-old on how he could improve following the Bills’ surprising 10-6 season, which ended with a 22-19 overtime loss at Houston in the wild-card round.

“Sometimes guys, you mention certain things … they need to work on and they [just] look at you or maybe they disagree or whatever,” Beane recently told Yahoo Sports in a phone interview. “And usually, we’re doing the talking [like], ‘This is what we see.’”

With Allen, Beane and the coaches never had to critique him during that 10-to-15-minute meeting, which took place in a boardroom between the training room and new weight room in the Bills’ new facility. Before quarterbacks coach Ken Dorsey or offensive coordinator Brian Daboll could really say anything, Allen, still frustrated from the Bills’ loss the day before, rattled off a list of areas he knew he needed to improve.

Like working on his short-to-intermediate accuracy, for instance, and his poise and consistency in the pocket. The athletic 6-foot-5, 238-pounder with a ridiculous arm worked on all those things this offseason with his longtime quarterbacks coach, former NFL QB Jordan Palmer.

There was one hole in particular that has garnered a lot of attention this offseason, one that Allen placed a significant amount of attention on improving this spring and summer.

According to Pro Football Focus, Allen’s adjusted deep ball completion percentage — which consisted of passes attempted 20 yards or more in at least 49 tries — of 30.9 ranked 23rd out of 24 quarterbacks. Defenses’ lack of respect for the Bills’ deep passing attack led to more defenders around the box, which made life tougher than it needed to be. Sure, the run game was effective, but perhaps not maximized.

That defensive scheme should also open up more favorable matchups for slot receiver Cole Beasley, a precise route runner who caught 67 passes for 778 yards and six touchdowns during his first season in Buffalo.

So Beane did his part to aid the cause. Knowing his team needed another field-stretching wideout to pair with speedster John Brown, who caught 72 passes for 1,060 yards and six touchdowns last season, Beane called around at last season’s trade deadline, to no avail. He said, “that was the biggest thing we were missing to make a run.”

One of the teams he called was Minnesota, which had been dealing with speculation that one of its star receivers, Stefon Diggs, sought a new team.

“Minnesota respectfully declined at the time, which, you know, I don’t blame them, but it was worth a try,” Beane said with a laugh.

Help could have come in the form of the 2020 NFL draft, which was widely regarded as one of the best receiver drafts in a decade. But Beane never stopped being tantalized by Diggs, who caught 63 passes for 1,130 yards and six touchdowns in 2019 and led all receivers in yards (635) on targets over 20 yards, per Pro Football Focus.

So when the Vikings agreed to listen to trade offers in the offseason, Beane eventually agreed to pull the trigger on a deal that sent his first-round draft choice (No. 22 overall) to Minnesota for a player he believed was the deep threat his team and quarterback badly needed.

Especially given all the challenges caused by COVID-19, which wiped out on-field work during organized team activities.

“And how many first-round busts are there at receiver? Probably as many as any other position,” Beane said. “So let’s take the proven commodity.”

Though the draft was loaded with talented wideouts, Beane felt even better about his decision to trade for Diggs months later after he spoke to Allen about his new teammate following player-organized workouts in Miami.

During the get-togethers, Allen says Diggs flashed impressive attention to detail, constantly communicating with Allen to make sure they were on the same page on the finer details of route running, while also offering help to younger receivers.

“He’s another guy that kind of matches the type of competitiveness that I have — he wants to win every single rep, he’s not OK with being OK,” Allen said. “He wants to be great, I want to be great. And he’s bringing out the best in a lot of people on the team.”

Allen enjoyed hanging with Diggs off the field in Miami, too, as the wideout joined his new teammates for multiple dinners and invested time in getting to know them.

Indeed, Beane has seen the burgeoning connection pay off throughout the Bills’ closed training camp.

Allen is fully aware of that, as he expressed excitement about the Bills’ decision to bring back the overwhelming majority of their starting offense from 2019. Allen has taken note of how often reporters have asked him about his deep-ball accuracy during camp, and he knows his words will get him only so far. After an offseason of hard work, the best way for him to silence doubters — those who wonder whether he’ll be accurate enough to win in January — is with his play, starting with the Bills’ season opener against the New York Jets on Sunday.

The Taliban is on the offensive. Keeping the militants at bay: U.S. airstrikes, even…

Artificial intelligence puts focus on the life of insects

Trina Braxton Shows Off Her Weight Loss And Fans Are Impressed

DR ELLIE CANNON answers: Why did my husband suddenly become so anxious on holiday