With pressure on him, Trubisky comes up clutch 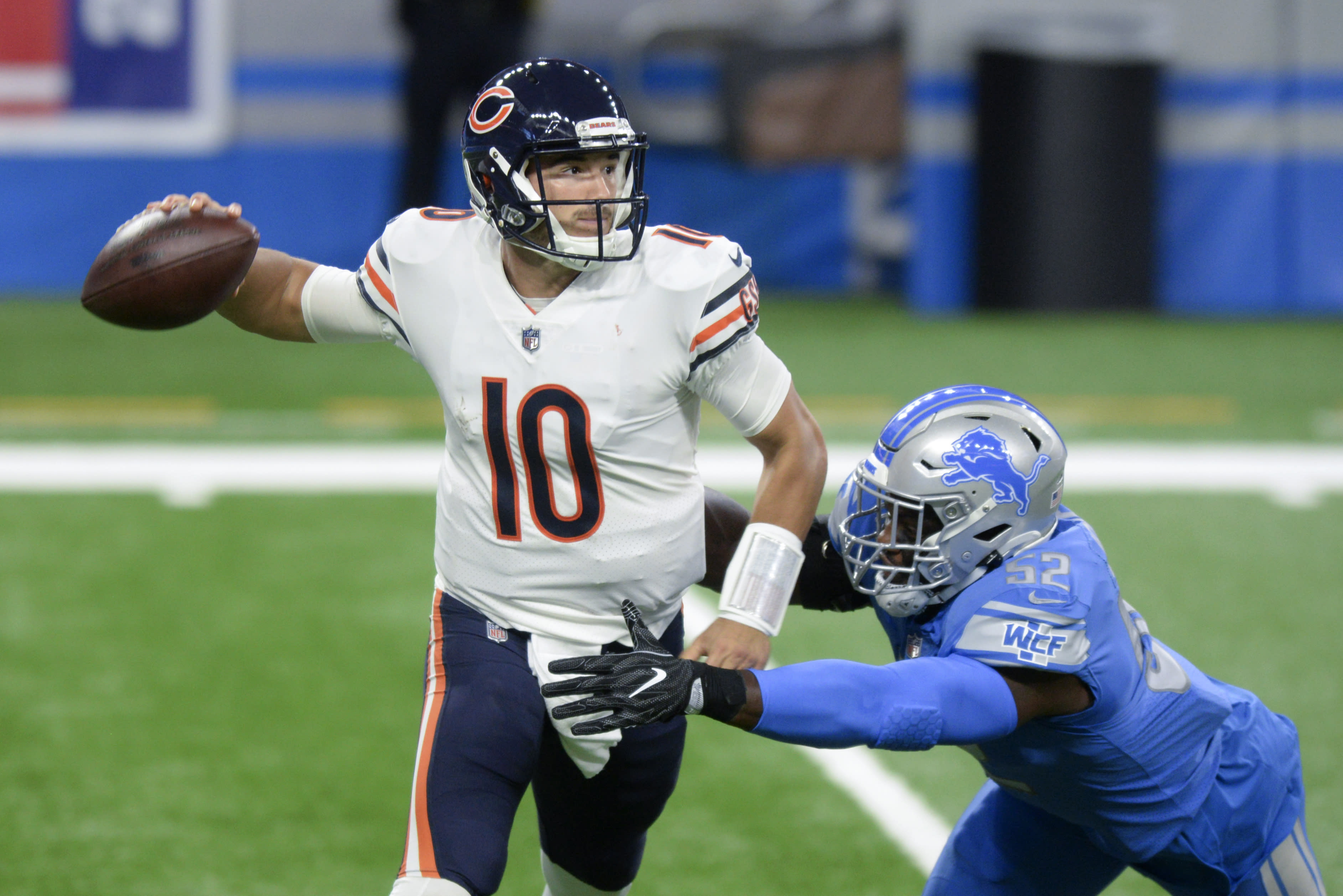 The pressure is on Mitchell Trubisky.

He delivered on Sunday in a stunning rally, leading the Chicago Bears to a 27-23 win over the Detroit Lions.

The Bears trailed 23-6 in the third quarter, but outscored the Lions 21-0 in the final stanza thanks to three Trubisky touchdown passes.

His 27-yard sideline dime to Anthony Miller with 1:54 remaining put Chicago up for good.

The Lions threatened to spoil the comeback, driving most of the field in the final two minutes. But Lions rookie running back D’Andre Swift dropped a go-ahead touchdown pass from Stafford in the end zone with six seconds remaining.

Things looked bad for Trubisky and the Bears early. Matthew Stafford led a superior Lions offense to what looked like an unsurmountable lead at home.

Newly acquired running back Adrian Peterson made the most of his debut, running for 94 yards on 14 carries. Meanwhile, Chicago struggled to pick up first downs and failed to find the end zone through three quarters as Detroit was better on both sides of the ball.

But with no Lions fans in the stands, the Bears’ offense operated with precision in a nearly flawless fourth quarter that will fend off calls for Trubisky’s job.

Something clicked in fourth quarter

Trubisky finished the day connecting on 20-of-36 pass attempts for 242 yards, three touchdowns and a much-needed win. The No. 2 overall pick in the 2017 NFL draft has been under fire after regressing in a 2019 season that saw him throw 17 touchdowns and 10 interceptions as the Bears’ offense stagnated en route to an 8-8 finish outside of the playoffs.

Chicago traded for Nick Foles from the Jacksonville Jaguars in the offseason, setting up a quarterback battle in training camp that Trubisky narrowly won. Fans in Chicago have been frustrated with Trubisky while watching Patrick Mahomes and Deshaun Watson find success after being selected after him in 2017.

The Bears didn’t pick up the fifth-year option on Trubisky’s rookie contract. But they did give him another chance when head coach Matt Nagy named him the starter over Foles following a tight training camp battle.

With a slow start to the season, a quick hook was in the cards for Trubisky. Sunday’s fourth quarter ensured that his job is safe. For now, at least.

Los Angeles County Deputies Out of Surgery, Expected to Survive

Craftworld’s highest score — The music of Sackboy: A Big Adventure

Fantasy 2020: The sleeper RBs you need to target

‘Ring of fire’ solar eclipse of 2021 thrills stargazers with sunrise…

Are advertisers coming for your dreams? | Science

Only 11 House Members Have Said Theyre Not Running Again. Heres Why Thats Important…