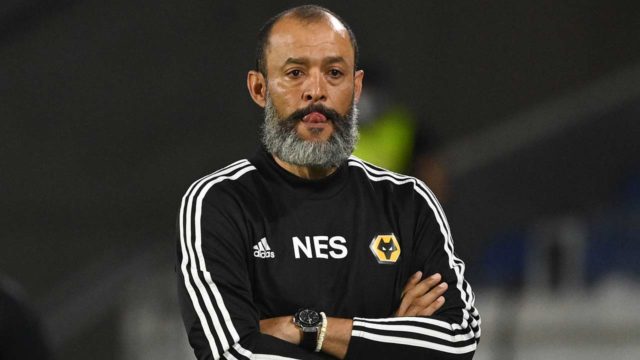 Wolves head coach Nuno Espirito Santo has signed a new three-year contract with the Premier League club ahead of their season opener at Sheffield United on Monday.

The Portuguese, who has overseen Wolves’ promotion from the Championship and a pair of impressive seventh-place Premier League finishes since joining in 2017, had a year left to run on his existing deal.

“It’s a new cycle, no matter what you did before, it’s about what’s in front of us and this is what we think we should do,” said Nuno.

The former goalkeeper also led Wolves to the quarter-finals of the Europa League last season, where they lost 1-0 to eventual winners Sevilla, in their first season in European football for 39 years.

The club broke their transfer record to sign 18-year-old striker Fabio Silva from Porto earlier this month and Nuno believes Wolves can still improve in the years to come.

“When new players come in, it’s the expectation of trying to help those players become better so they can help the team and grow, because the club is growing, the project is moving forward step by step, each day with the same ambition of becoming a big, big club,” he added.

“Now, for example, if our players go to big, big clubs in the Premier League, it’s a sign that they have been working good and hard, so they look at options to become players of top six teams.

“Let’s look at us and what we know is that what we did in the past can only show us the way to the future.”

Massachusetts is locking up more Black and Latino people, for longer, and yes, it’s about race

The Incompetent Fascist: Trump’s ‘executive orders’ do the wrong…

Woman Jailed For Swapping Diamonds Worth 4.2 Million Pounds For Pebbles

How to Leverage Paid Social Media With Retargeting

Here are the key events leading to the release of Meng Wanzhou, ‘Two Michaels’…

Summer Walker BLASTS Her Ex London On Da Track: ‘He Made Me A Baby Mama’

The Buck Stops With Somebody