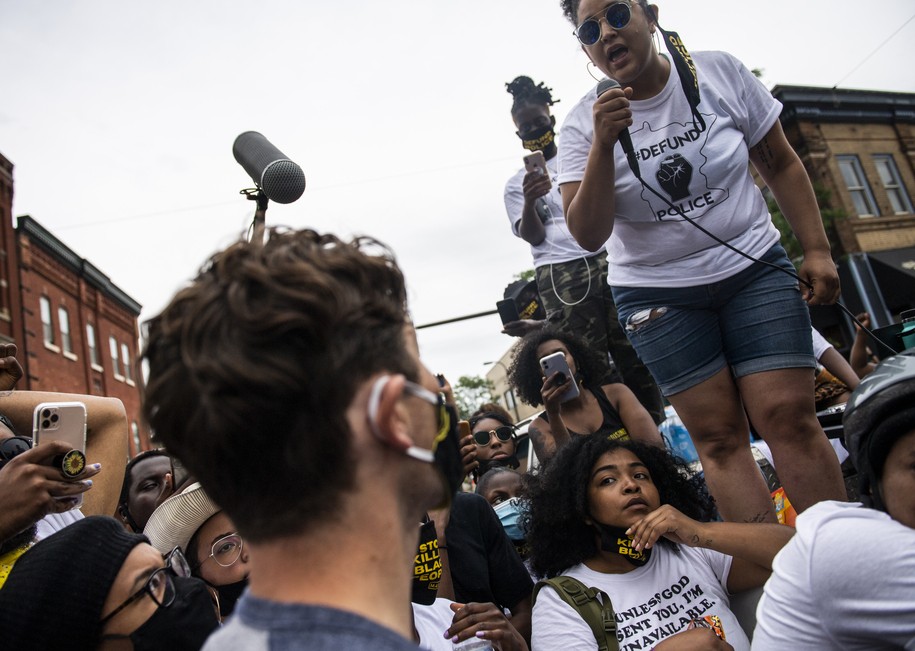 “We’re not interested in nibbling around the edges or accepting symbolic concessions,” said Working Families Party National Director Maurice Mitchell in a statement. “The yellow street art is beautiful, but we need to finish the job with real structural change. Black people have struggled for centuries for true freedom—our time is now.”

With $ 250,000 of seed money pledged from the Working Families Party and the Movement for Black Lives, the Justice Fund will be supported by an aggressive small dollar donor campaign. Speaking with Prism, Mitchell stressed the importance of candidates’ and elected officials’ ability to withstand pressure from the status quo and potential challenges upon reelection.

“Here we are in this really unprecedented moment where we’re having a reckoning around white supremacy, anti-Black racism, and violence against our people,” said Mitchell. “And we’re seeing this sea change [with many] elected officials beginning to take bold stances.”

Constance Malcolm, the mother of 18-year-old Ramarley Graham, also joins the initial advisory committee. Graham was killed by New York City police officers who rushed into the family’s Bronx apartment in February 2012. Graham was killed in front of his grandmother and six-year-old brother. Graham’s grandmother has stated police did not identify themselves and prior reporting has noted they entered the apartment without a warrant.

Graham’s is one name on a long list of those killed by law enforcement over the past several years. City council and county commissioner chambers across the country have been forced to engage with demands to defund police after the killings of George Floyd, Breonna Taylor, and Rayshard Brooks, as well as so many others. While some have questioned what it means to defund police, advocates have been clear in the strategic necessity of the call to action and path forward.

“Defunding the police isn’t a slogan, it’s a strategy,” said Jessica Byrd, co-founder of the Electoral Justice Project of the Movement for Black Lives, in a statement. Byrd outlined the value of a venture like the Justice Fund. “The WFP Justice Fund will support candidates and elected officials committed to the goals of this movement. Those most impacted in our communities should control the laws, institutions, and policies that are meant to serve us—from our schools to our local budgets, economies, and police departments.”

Anticipating a backlash for supporting transformative policies around public safety and policing, Mitchell said the Justice Fund is there to support elected officials who are aligning in this moment of rebellion and protest with movement and people who have been taking to the streets over the past month.

“It’s so important in this particular moment, when folks are actually showing some courage, that they feel flanked [and] have the resources and movement to [support] them,” said Mitchell.

Prism is a BIPOC-led nonprofit news outlet that centers the people, places and issues currently underreported by our national media. Through our original reporting, analysis, and commentary, we challenge dominant, toxic narratives perpetuated by the mainstream press and work to build a full and accurate record of what’s happening in our democracy. Follow us on Twitter, Facebook, and Instagram.

I finally bought a PS5 and I’m already regretting it

Top 5 Most Profitable Sports Leagues To Bet On

What New Data On Gun Recoveries Can Tell Us About Increased…

Russia Sends Warning to US Embassy in Moscow of…

Are Parents Responsible For Their Kid’s Gun Violence?