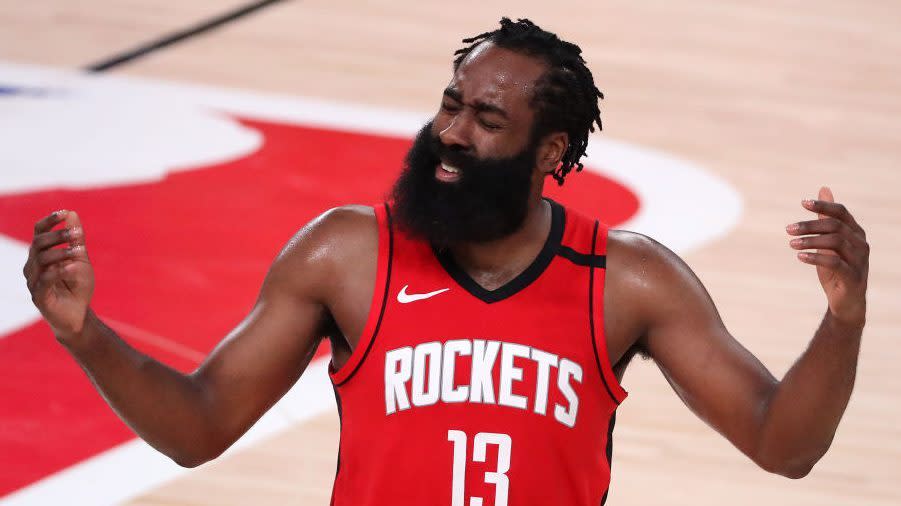 There should have been yelling after that performance.

Houston was listless and seemingly disinterested for more than three quarters of Game 4 against the Lakers Thursday, only making things respectable with a too-little-too-late fourth-quarter run. After that stinker of a game, there was yelling in the Houston locker room, reports Shams Charania of The Athletic.

“There was audible shouting in the postgame locker room…I’m told Rockets players were holding each other accountable to bring better body language, bring better effort on the floor.”

Our NBA Insider @ShamsCharania reports from the bubble ahead of Lakers-Rockets Game 5. pic.twitter.com/LOAC7w4LX1

The Rockets looked like a team that had given up for most of Game 4, it’s a good sign some players called their teammates out of it. The Rockets now trail the series 3-1 because of that performance and will start trying to dig out of that hole on Saturday night.

Whether recognizing the problem will fix it is something else. The Lakers have doubled James Harden and dared other Houston players to beat them — the bet has worked. Rockets shooters look hesitant when the ball swings to them (except for Russell Westbrook, who maybe should be more hesitant) guys are not driving and creating.

We’ll see if the locker room talk changes that for Game 5. If not, Houston players will be in Cabo by Sunday.

With Travel Limited, Plane Cafes Take Off In Thailand

No, macOS Catalina didn’t delete your personal and ripped videos, but it’s harder to…

US Passport holders can now Opt for the third gender in their official document.

The Child Tax Credit Mega Question: Which Parent Gets the Money?

10 sustainable destinations to visit in 2021

Why America Isnt Getting the Jan. 6 Investigation It Needs

Cameras Off: G7 Summit Heralds the Return of In-Person Diplomacy

Trouble in the Land of Smiles? Global Issues

Fighting the COVID 15? Find the Best Diet for You

‘An Archaeological Emergency’: Artifacts Are Emerging From Melting Alpine…