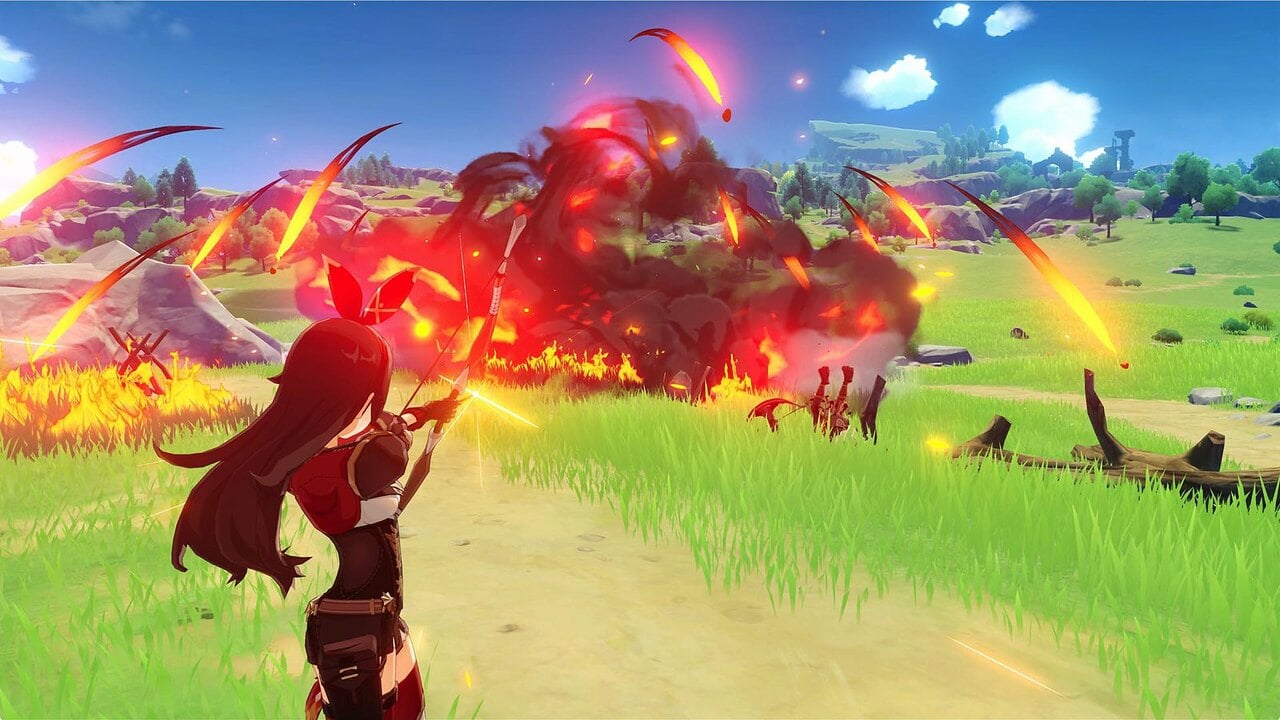 Remember Genshin Impact, that Zelda: Breath of the Wild ‘clone’ that made an angry fan smash up their PS4 in disgust? Well, we’ve now been treated to a brand new trailer that shows off some beta gameplay footage.

As you’ll be able to immediately tell, the footage is actually of the PS4 version of the game, but it gives us a good look at how it’s all looking as we get closer to an eventual release. You’ll notice that the widely documented similarities to Link’s latest grand adventure are still intact, with things like rock climbing, gliding and combat having an eerily familiar feel.

We still don’t have a release date for the promised Switch version, but developer miHoYo did recently confirm that the iOS, Android and PC versions are planned to launch before October 2020. We’ve been compiling all sorts of information on the game right here, so feel free to give that a read to learn everything we know about Genshin Impact so far.

Are you intrigued by this one? Do you think you might pick it up when it does eventually launch on Switch, or are you put off by those similarities to Breath of the Wild? Share your thoughts with us below.

Older adults with existing depression show resilience during the pandemic

New Zealand, an early success story, set to ease most restrictions once again as…

Donald Trump Treated with Antibodies as He Fights Coronavirus

FCC orders US telecom companies to rip out Huawei equipment

Meningitis outbreak declared in Democratic Republic of the Congo: WHO Global Issues

Angelina Pivarnick Accused Of Cheating On Her Husband In Jersey Shore Sneak Peek!