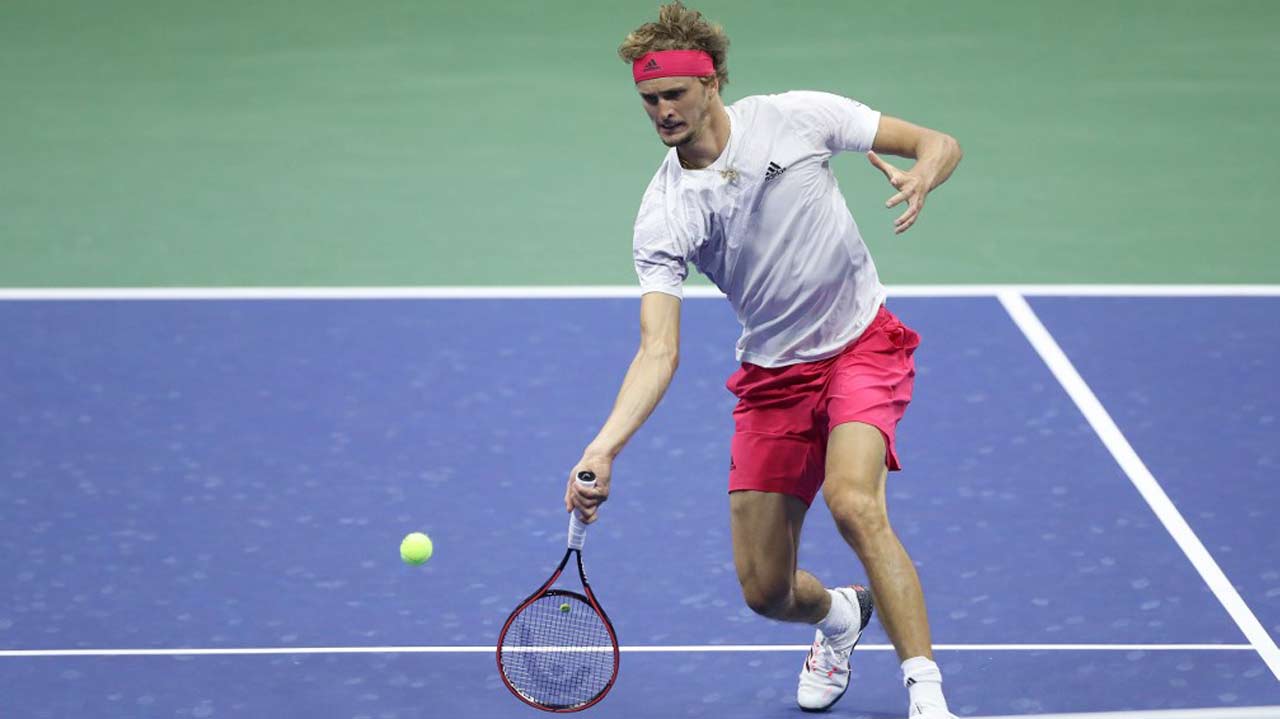 Pablo took the first two sets. A justified expectation of a quick outing was dashed when Zverev took the first game of the third set at love. The German star broke his opponent’s serve twice to lead 4-2 and served with new balls to win the set 6/3.

The turning point was when Zverev broke his opponent in the seventh game and stretched the lead to 5-3. Carreno Busta cancelled three break threats and won the ninth game by hitting the ball at his opponent’s torso. Zverev recovered from the pain and won the set 6/4. Ironically it was Pablo that received on-court treatment for his lower back.

The ailing Pablo lost his serve in the opening game of the fifth set and that was the crucial determinant of the match. From that game, each player held serves routinely to a 6/3 set and match victory for Zverev.

The fateful point of the other semi-final match occurred during Medvedev’s serve in the sixth game of the first set. At 40-30, Medvedev felt his first serve was out but Thiem had returned it. The Russian protested but the Tournament Referee ruled that he broke rules by crossing to Thiem’s side of the net to point at a spot. Disgruntled, he lost the next two points to concede the break for a 4-2 lead by Thiem.

In the third set, Medvedev led 5-2 and Thiem held the eighth game. Medvedev lost a set point at 40-30 while Thiem held to level 5-5. In the eventual tie-break, Thiem led 5-1 at changeover but Medvedev took three points to reduce the tally and cancelled the first match point at 6-4. Thiem prevailed 9-7 to win the set and match.

The finals will be an all German-language battle, in which once of the two heirs apparent will lift his first Grand Slam trophy.

15 Ways to Avoid Getting Ripped Off at Live Casinos

WR Josh Gordon being reinstated in the NFL after lengthy suspension

French Open: Victoria Azarenka bemoans a lack of equality in scheduling at Roland…

Scanner Pro for iPhone and iPad gets redesign, auto OCR, pivot to freemium

Who knows if Ill live until retirement? I have $10K in credit-card debt and $4.5K in…

7 Ways Your Taxes Could Change Under Biden